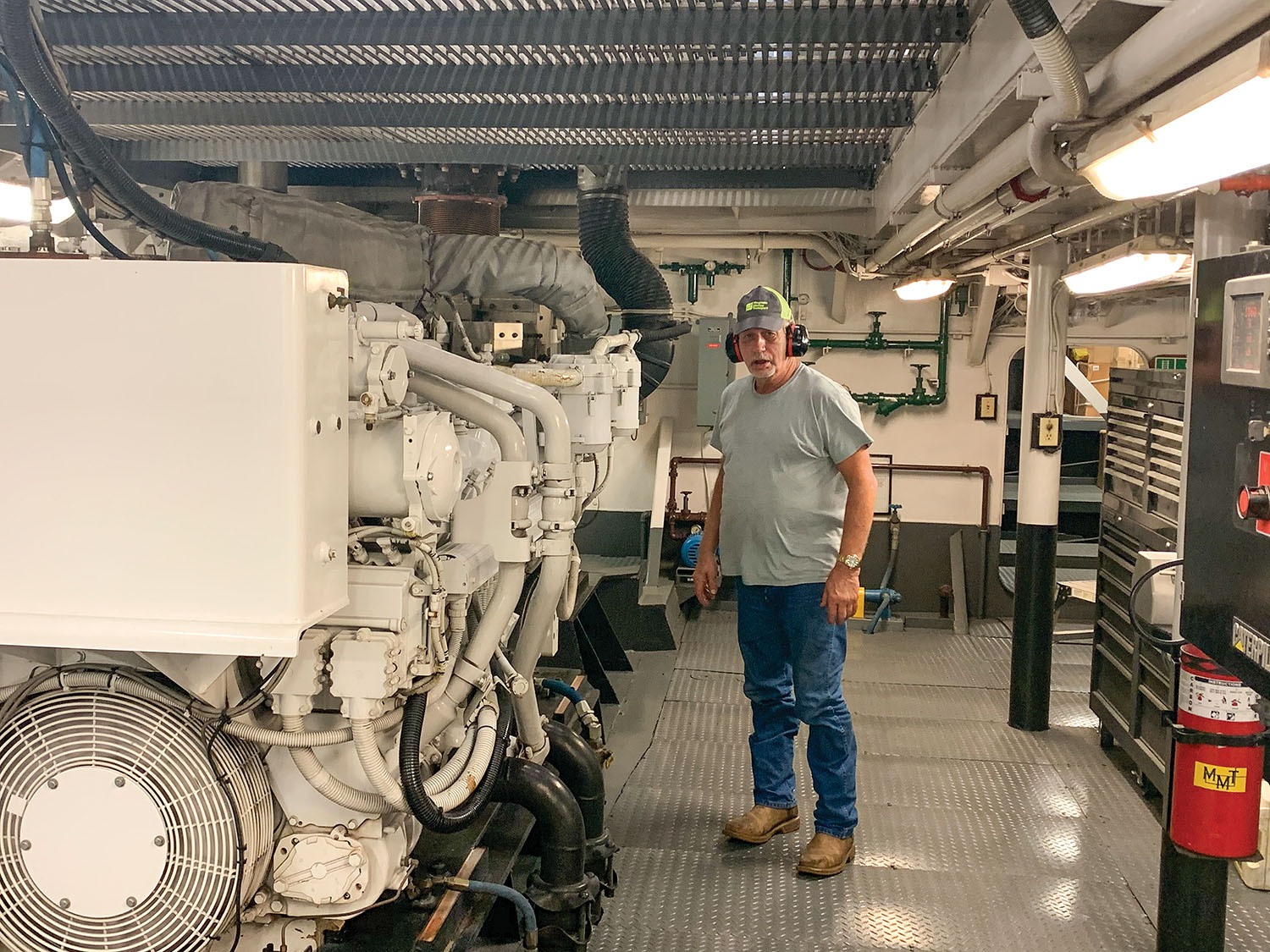 Raised on a farm in Boonville, Mo., a strategic point for the Santa Fe Trail in the 1820s because of its location on the Missouri River, Danny Pethan grew to appreciate river commerce. After he graduated from high school there in 1973, he first tried his hand at construction, which was his father’s occupation. Then he hired on as a deckhand in 1980 with Sun Transportation, a four-generation towing company, based in Boonville, that was owned and operated by Dan Burnett. His oldest brother worked on the river for Peavey, which had an influence on him, too.

Over the next 20 or so years, he worked his way up from deckhand to mate to engineer to chief engineer on the mv. Dan Burnett, which was a quadruple-screw towboat with 12-cylinder EMDs. He got his mechanical aptitude from his grandfather, he said. “You had to be a mechanic-and-a-half growing up on a farm.”

When Burnett sold off his boats and retired in 2004, Pethan went to work for Magnolia Marine Transport Company, which operated on the Missouri River as well, although it is based in Jackson, Miss., with a satellite operation in Wood River, Ill. His first boat was the mv. Gene Neal, a 3,800 hp. twin-screw towboat with GM 16-645C diesels. Next was the mv. Kathryn Berry, which had 3,000 hp. from twin Cat 3512Bs, and now he is chief engineer on the mv. Amy Francis.

The mv. Amy Francis has twin 16-cylinder Cat 3516C Tier 3 diesel engines. “They are smaller and more compact than the EMDs I started out with,” Pethan said. Comparing mechanical to electronic, both have their strong points, he said, but the electronic engines have more good traits than bad, and it is “easier to find problems.”

Pethan and his wife have four children and seven grandchildren, who keep him busy during his days off when he isn’t fishing, hunting or farming, he said. He’s 65 now and not in any real hurry to retire from the river. “Magnolia is family-oriented, and they keep up their equipment,” he said, adding that he is happy to be working there.

The feeling is mutual, according to Dino Ross, senior vice president of engineering for Magnolia Marine.

“Danny Pethan is a shining example of taking pride in one’s work. Not only does he keep the engineroom and adjacent areas clean, but he also stays on top of required maintenance. He is diligent in performing maintenance promptly and keeps the boat and any barges in tow in top-notch running condition. Danny also does a great job of keeping spare parts and maintenance supplies in stock. So, in most cases if something goes wrong, he can make repairs and get the boat back underway and not have to wait on a service technician to get to the boat.

“Danny not only takes care of his responsibilities, but he is also willing to help when needed on deck, building tow, going through locks or any other task where he can lend a hand.”

Ross explained that Magnolia Marine believes having engineers on the boats not only minimizes downtime but also keeps the condition and appearance of the boats in top shape. “When you are working for the major oil companies like we do, we want to make sure that we have our best foot forward! Our main goal is to arrive safely, on time and ready for service, with no dock delays.

“Our engineers play a huge part in making this happen and we feel blessed to have many great engineers, like Danny, who take pride in their work.”