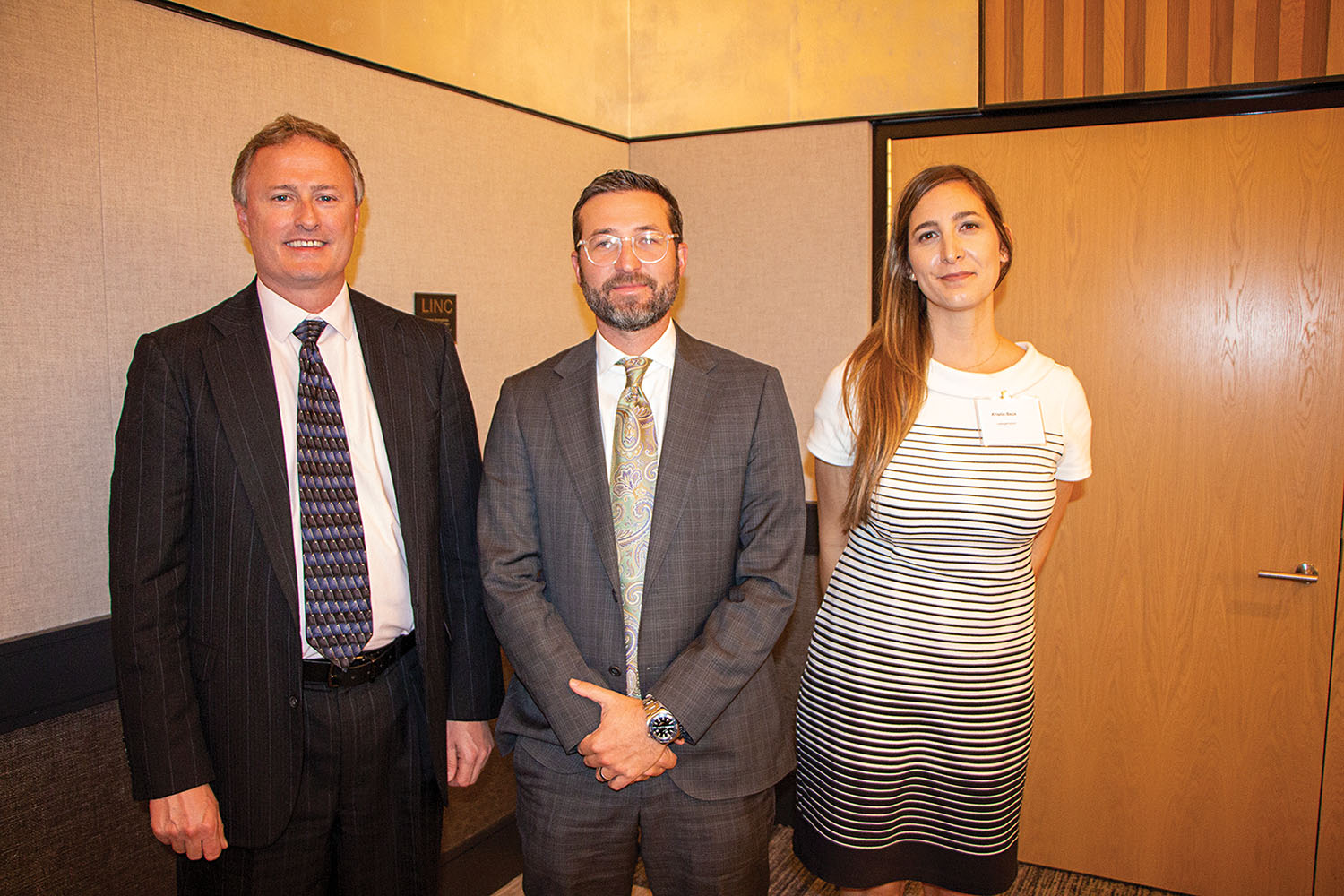 The barge fleet is aging and shrinking. The total barge fleet contracted by about 1 percent during 2020, and the open fleet in particular is shrinking fast due to the decline of coal cargoes. Meanwhile, the skyrocketing price of steel is slowing the building of new barges.

That was part of the panel presentation, “What’s Moving On The Waterways?” hosted by Ken Eriksen, head of the IHS Markit client advisory and development, energy and transportation and policy groups. The panel was part of the November 3 agenda at the Waterways Symposium in St. Louis. Eriksen said the average age of the barge fleet has crept upward to 15.5 years on average, although it is still below the average age during the late 1980s and early 1990s.

The shrinkage is not happening equally in all categories, according to Eriksen. The covered fleet expanded to record levels—just under 13,000 barges. Many of these are conversions from open hopper barges as coal cargoes shrink, while demand for agricultural cargoes remains robust. About 60 percent of demand for covered barges is for agricultural or ag-related cargoes such as fertilizer, he said.

Eriksen said operators should expect the decline of coal to continue, despite “head fakes” or temporary surges due to export coal, such as were seen in 2020. By 2030, Eriksen said, only about 250 million tons of coal will be produced in the U.S., and most of that will be for export.

Steel prices are “in the stratosphere,” but peaking, he said. This ensures that newbuilds will be constrained, while retirements will continue at a decent pace.High demand for barges, plus the damage after Hurricane Ida, the record crop export year and the supply chain crisis have ensured high barge rates. Tank barge demand remains stable, although the COVID-19 outbreak slowed its growth. Tank barges are “struggling to find their level,” he said

The second presenter was Kristin Beck, senior vice president-supply chain and logistics at LaFargeHolcim, the world’s largest maker of cement. Cement is one of the large commodities moving on the water, and water transportation is a key part of LaFargeHolcim’s strategy, she said. The French-headquartered company operates globally. In some parts of the world, it sells mainly bagged concrete, but in the U.S., there is strong bulk demand for its products, Beck said. So, in the U.S. about 53 percent of its product moves are by water, and all its major facilities are located on waterways, saving 1.3 trillion pounds of CO2 a year in foregone truck movements. The company uses most of the country’s waterways, including the Hudson River and the Atlantic Intracoastal Waterway.

Because of its commitment to water movements, the company operates its own barges, terminals and Great Lakes vessels—including a historic vessel that originated as a yacht built by the Rockefellers, the S.S. Alpena.

Cement is the second-most consumed product in the world. Beck said LaFargeHolcim, recognizing early on that its business is a major emitter of carbon, has been working to reduce its carbon emissions since 1990. Cement is made by crushing and burning limestone in high-temperature kilns, mixing it with clay and sand at a temperature of 1,450 degrees centigrade. The clinker that emerges is ground to a fine powder that is later mixed with aggregate to form concrete.

Beck said LaFargeHolcim has reduced its carbon emissions by 27 percent so far. It is committed to achieving a 40 percent reduction by 2030 and is committed to achieving net-zero—a condition where any emissions are more than offset by reductions. By 2050, the company will require that 90 percent of the electricity it uses come from renewable sources. “Our goal is to crush less limestone,” she said, by finding alternatives. As part of its emissions-reduction program it will not ship less than flatbed loads to save on truck movements and their emissions.

The company has four major divisions:  cement, aggregates, ready-mix concrete and a “solutions and products” division that develops and markets various green solutions. It operates one of the largest waste-recycling plants in the world. Beck characterized this part of the company’s business as “turning trash into treasure.” A brand-new plant in Alpena, Mich., shreds and burns tires for fuel.

Beck spent some time on the company’s efforts to combat human trafficking, a cause that Beck brought with her when she was recruited into LaFargeHolcim from her previous employer, Dow Chemical. The company trains all its employees to recognize signs of human trafficking, which she said is present in all 50 U.S. states. The company vets all suppliers to make sure they are not involved.

Jake Brodbeck, vice president at American River Transportation Company (ARTCo), rounded out the panel, with a presentation on grain markets and barge movements of corn and soybeans. The corn crop this year reached a record level of just under 15 billion bushels, with little carryover. A robust export year for corn and soybeans has brought prices up to levels last seen in the early teens, he said. Grains make up most of the products carried by ARTCo, Brodbeck said. ARTCo operates rail and a trucking company.

Many of the questions in the Q&A period related to supply chain challenges. Beck said LaFargeHolcim had recently acquired a brand-new supply chain platform that will speed its movements. But Beck and Brodbeck said labor was among their companies’ challenges. The supply of truck drivers shrank during the COVID-19 lockdowns, as older drivers retired and didn’t re-enter the job market, and young people don’t want the trucking life.

Beck said the logistics crisis has forced many companies to rethink the “just-in-time” logistics model. Contrary to conventional wisdom, she said, her company will enter 2022 with huge inventories and plans to ship year-round to serve what it sees as pent-up demand for infrastructure projects. Both companies are keenly interested in the fate of the infrastructure bill currently in play in Congress.

“We plan to hit huge numbers next year,” Beck said. “The infrastructure bill is everything to us—and we are more than prepared for it.”