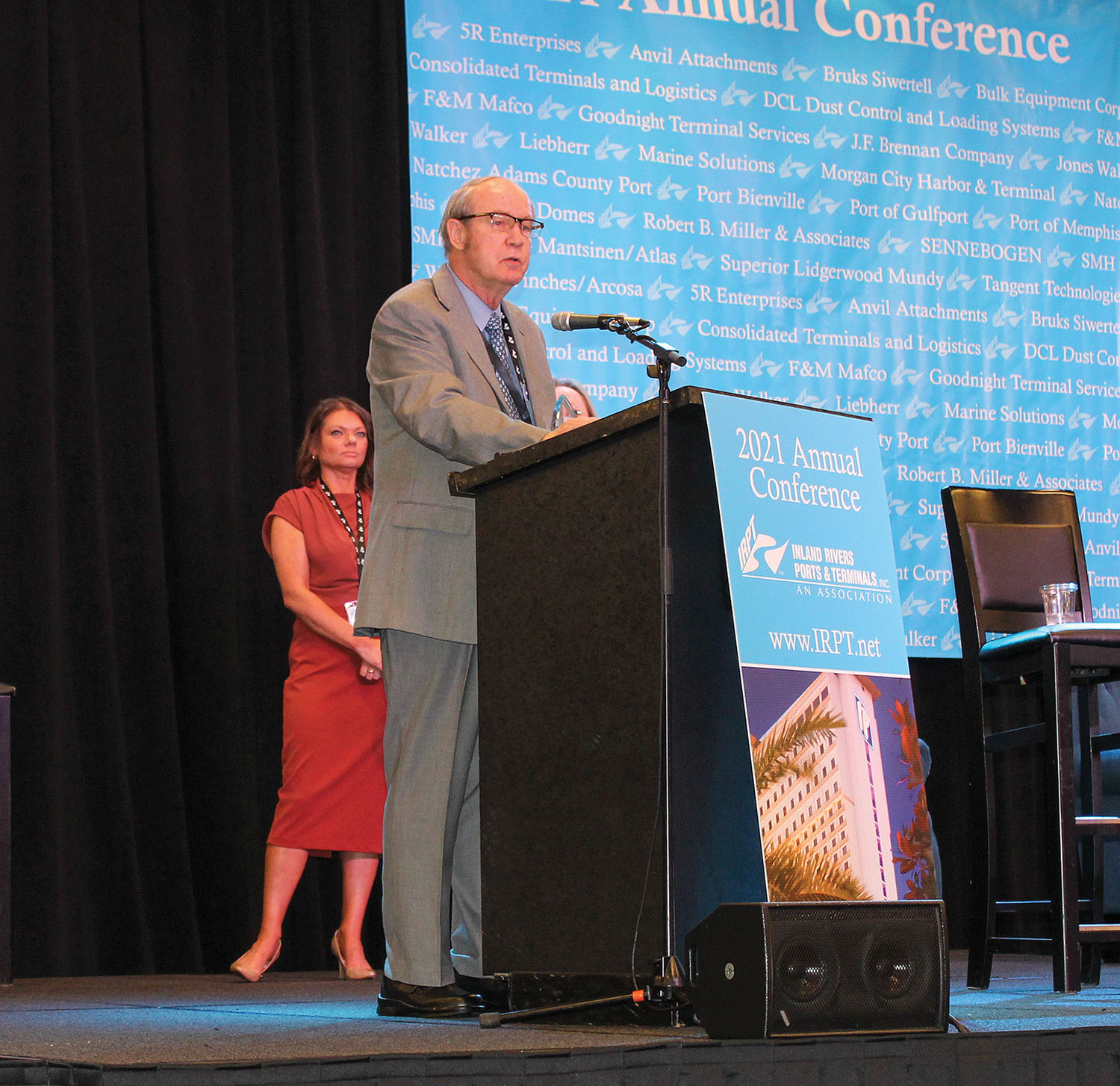 Murphy is a graduate of the U.S. Merchant Marine Academy, where he earned his degree in nautical science, and he has his master’s of business administration from Tulane University. He also graduated from the U.S. Navy War College and earned a certification in transportation and logistics.

He earned experience as a deckhand on a towboat pushing oil tank barges, as operations manager for two ship agencies, as a staff member for a trade association, and as a Marine Surveyor-Hull and Machinery representing underwriters.

In presenting the award, IRPT executive director Aimee Andres praised Murphy for working alongside IRPT on many endeavors. Among them, she said, was work writing the legislation that resulted in the small inland port and terminal grant program.

“And forever we will be indebted and grateful to you, sir,” she said.

In accepting the award, Murphy noted that he had worked alongside IRPT since 1985 on several different projects.

“Having been a trade association staffer myself, I came to know the life lesson is that life is run by those who show up,” he said.

He added that the association is making tremendous progress under its current leadership.

As an example, he spoke about efforts toward turning container-on-barge proposals into reality.

“There was a time when there were folks who believed that container-on-barge could not happen on the inland waterways,” he said.
Lessons learned from past failures have led to sustainable container-on-barge programs in New York Harbor, on the James River in Richmond, Va., in the Houston, Texas, port area and a container shuttle between Baton Rouge and New Orleans in La.

Most recently, he said, he has been working on developing a potential container-on-barge program between New Orleans and Pensacola, Fla.

He concluded his remarks by thanking those in attendance, saying, “It’s a great honor to be here with you today. I wish all of you good fortune, and I wish Inland Rivers, Ports and Terminals the best in all their future endeavors. Thank you very much.”