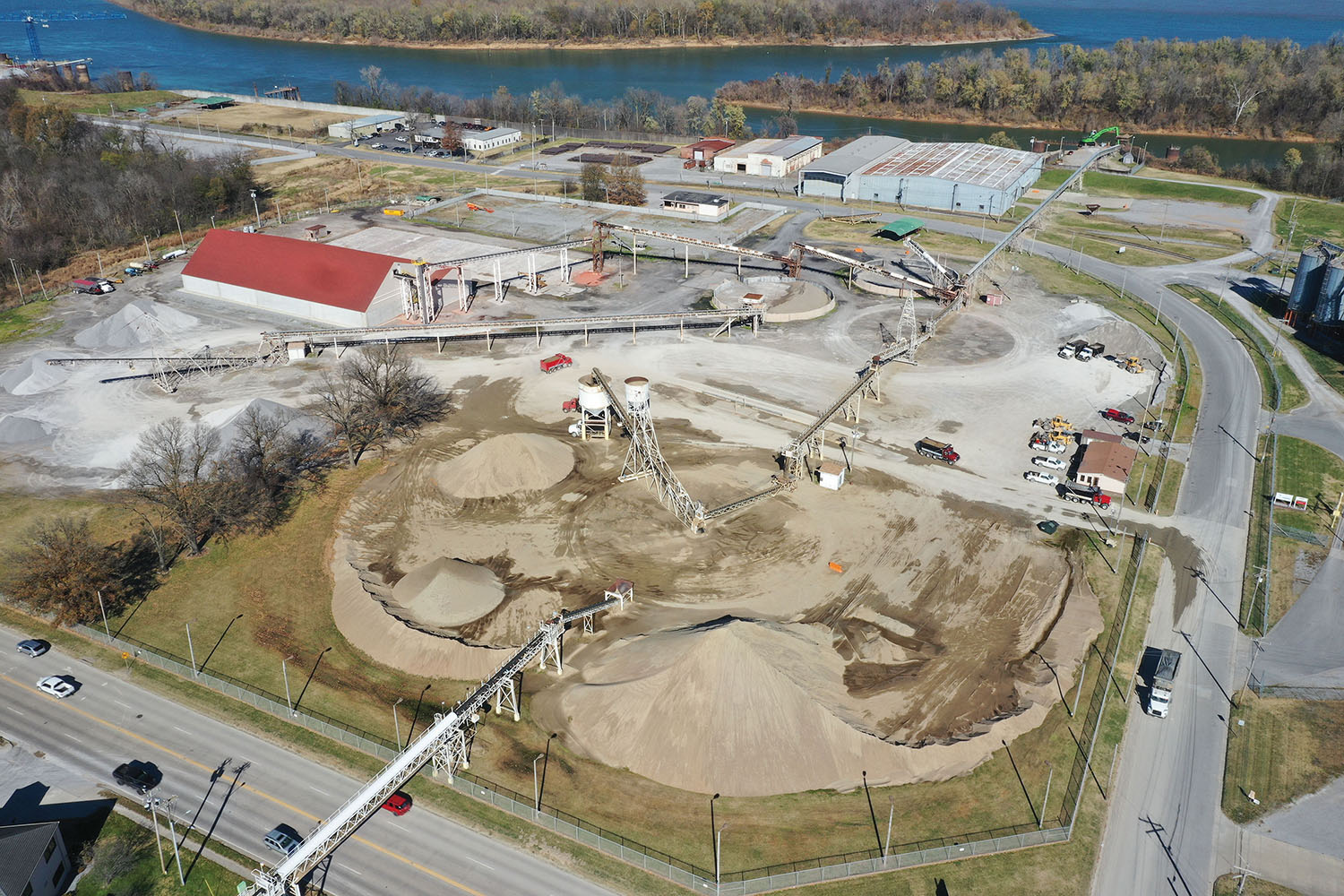 “It will allow us not only to expand for our existing customers but also provides us the opportunity to expand for potential new customers,” said Tim Cahill, executive director of the Paducah-McCracken County Riverport Authority. The port, located from Mile 1.3 to 2.0 on the Tennessee River, is already in discussions with some potential new business partners, he said.

MarAd made the grant announcements December 22. (A complete list of grants can be found here.) Paducah’s grant project funds the purchase of material-handling equipment along with repairs to damaged storage domes, allowing additional commodity storage. It will also allow a major upgrade to the existing bulk commodity yard, modernizing it to increase the yard’s handling capacity, safety and environmental impact.

The grant requires a $500,000 local match, which is being provided in part by the existing customers, including $70,000 from Southern FS, $60,000 from Superior Graphite and $10,000 from Pine Bluff Materials. An additional $100,000 each is being provided by the city of Paducah and from McCracken County, leaving the remaining $160,000 to come directly from the port authority, according to grant documentation.

Three new stackers will be purchased, replacing a 1972 Nordbert Model 260T Main Radial Stacker that is 30 inches by 150 feet and two 1966 Marco Model 650 Radial Stackers that are 30 inches by 150 feet. A Marco Radial Hopper/Reclaim with a fixed conveyor system for the port’s sand storage area will be replaced with three new 30-inch –by 100-foot ground conveyors, allowing the port to reach new storage areas as well as expand existing storage on the property. Although the port has a 20-acre bulk yard, nearly 5 acres are currently inaccessible.

“It will allow us to reach new areas inside of our existing, permitted bulk yard that we just can’t reach right now because of our overhead conveyors and our existing stackers,” Cahill said.

Additionally, the grant will allow for the reconstruction of 100-foot-diameter and 108-foot-diameter bulk yard domes that lost their roofs in a December 2018 storm. The roofs will be replaced with galvanized frames and 15-year warranty tarp/cloth covers, increasing covered storage areas.

A new 30,000-square-foot ground storage pad laydown area and a truck route into and out of the bulk yard facility as well as demolition and removal of an old truck scale in the bulk yard are also included.

A 90- by 11-foot truck scale with a concrete deck alongside will be installed, along with a 240- by 30-foot steel frame with tarp fabric canopy on the fertilizer building conveyor loadout system. The expansion is designed to increase fertilizer product transshipments by increasing the loadout of product during poor weather conditions.

The port has up to five years to complete the projects.

“We’ll, of course, move as quickly as we can,” Cahill said, but added, “This is a multiple-year project. This isn’t just something you snap your fingers and do.”

The grant will allow the port the opportunity to be competitive in ways that haven’t existed before, he said.

The port determined its priorities for modernization and additional construction as part of a strategic review after Cahill was named the new executive director in 2020. The plan was approved by the board, and the port worked closely with local engineering firm Bacon-Farmer-Workman to prepare the grant application package and will continue working with the firm to secure delivery of the grant, including meeting federal grant bidding requirements. The grant application process was led by project manager Maegan Mansfield with participation by additional consultants, including Dr. Ann Schneider and Jeannie Beckett. The port received the full amount requested in the grant application.

“The Paducah-McCracken County Riverport is one of the most important transportation hubs in all of Kentucky,” McConnell said. “Situated at the heart of America’s inland waterway system, the port forms a vital link in the supply chains that serve consumers and businesses across the Commonwealth. It is more important than ever to be able to move much-needed materials in and out of our state efficiently.”
He called the grant announcement a major step forward in the modernization and improvement of Kentucky’s river infrastructure.

“The Paducah-McCracken County riverport is vital to safely transporting the commodities America’s economy relies on,” Comer said. “Given its strategic location and key role in the shipment of goods, Paducah is the perfect recipient of this competitive grant to improve economic development and inland waterway transportation in the United States. I’m eager to see this quality investment in Kentucky’s waterways get off the ground and was happy to join Senator McConnell in successfully pushing for this funding.”

Cahill thanked both McConnell and Comer, as well as other local leaders and port business partners, for their continuing support of the port.

“We look forward to working with MarAd to implement the components of the grant to continue servicing the 31 counties in Kentucky, Illinois, Tennessee and Missouri with safe, economical and eco-friendly bulk commodity transshipment services,” he said.

Cahill called the grant announcement exciting and stressed that the work being completed over the next few years at the port will provide opportunities well into the future, making it an asset for economic development.

“People don’t always realize ports’ value,” he said. “We’re out of sight. We’re out of mind. I think what we can say in this case is that this grant will allow us to revitalize the port so it will be there for the next generation.”