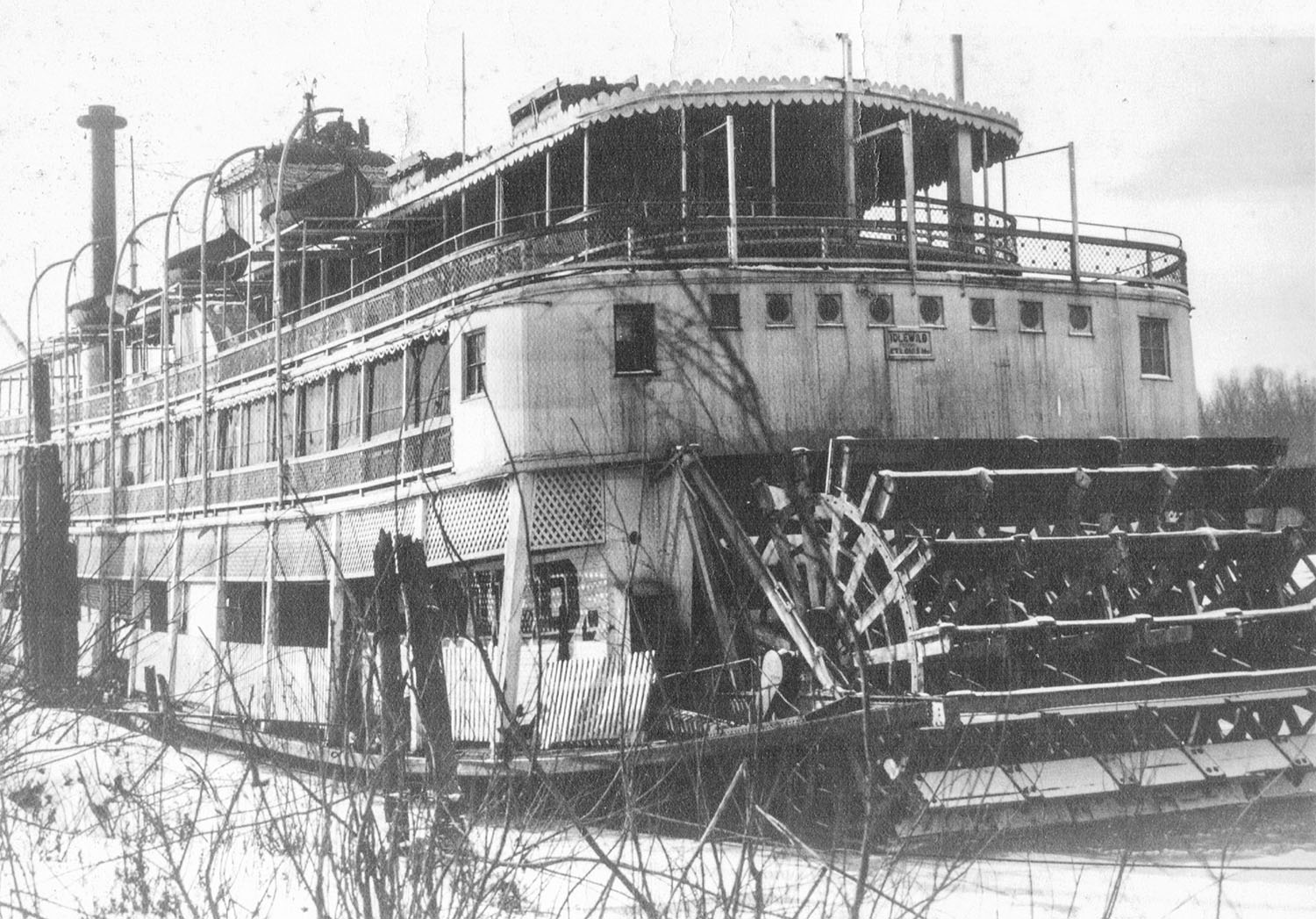 Happy New Year! Along with the onset of winter, we begin the first Old Boat Column of 2022 with a look back at Alton Slough, a narrow inlet on the Missouri side of the Mississippi River opposite Alton, Ill.; this area was long a popular mooring place for steamboats to take refuge from ice and other rigors of winter.

One of the true tales concerning the Alton Slough involves several members of the Hot Stove Navigation League of America-St. Louis Scuttle No. 1. This august group of riverboat enthusiasts met informally during the winter months, when the boats were laid up, to share photos, memorabilia and to talk river.

Nearly nine decades ago, on Sunday, January 6, 1935, C.W. Stoll, Louisville correspondent for The Waterways Journal, was a student at Carleton College in Minnesota. Returning from his home at Louisville to school from the Christmas break, he made a special side trip to St. Louis to visit river friends. Staunch Hot Stove League members Stoll, Ruth Ferris, Rudy Gerber and Dick Lemen drove up to Alton Slough and were soon slogging through the mud to be greeted by the friendly watchman, George Coleman, with whom the young people were acquainted, and who graciously gave them the run of the fleet. Among the boats wintering in the slough were the Golden Eagle and Cape Girardeau, both owned by the Eagle Packet Company. Also moored there was the excursion steamer Idlewild and the towboats Mamie S. Barrett and Betsara.

Ruth Ferris many years later vividly recalled to this writer that a good time was being had by all as the steamboat enthusiasts visited on the various boats … until a certain incident occurred. While aloft in the pilothouse of the Cape Girardeau—which later that year would be sold to Greene Line Steamers and renamed Gordon C. Greene—an exuberant Stoll could not resist the urge to grasp the braided cord to the big roof bell (which originated on the steamer Grey Eagle) and give it several vigorous yanks. As the sound of the bell reverberated over the river, the elderly watchman became frantic, as this was the signal for FIRE!

When explanation was rendered and calm was restored, the group thanked their tolerant host and made a hasty retreat to the car. En route back to St. Louis, the group made a stop to have the river mud cleaned from their shoes before attending a dinner party that evening in Webster Groves, Mo., to celebrate the birthday of Capt. Donald T. Wright, publisher of The Waterways Journal.

This week’s images show the excursion steamer Idlewild (now the Belle of Louisville) wintered at Alton Slough as late as 1947. Built more than a century ago, in 1914, at Pittsburgh, the boat was renamed Avalon in 1948, operating until the close of the 1961 season. Sold at public auction for $34,000 in 1962, the sturdy sternwheeler became the Belle of Louisville.

None of the young riverboat enthusiasts had any idea that winter day at Alton Slough that the Idlewild would survive to still be operating on its 100th birthday and beyond.