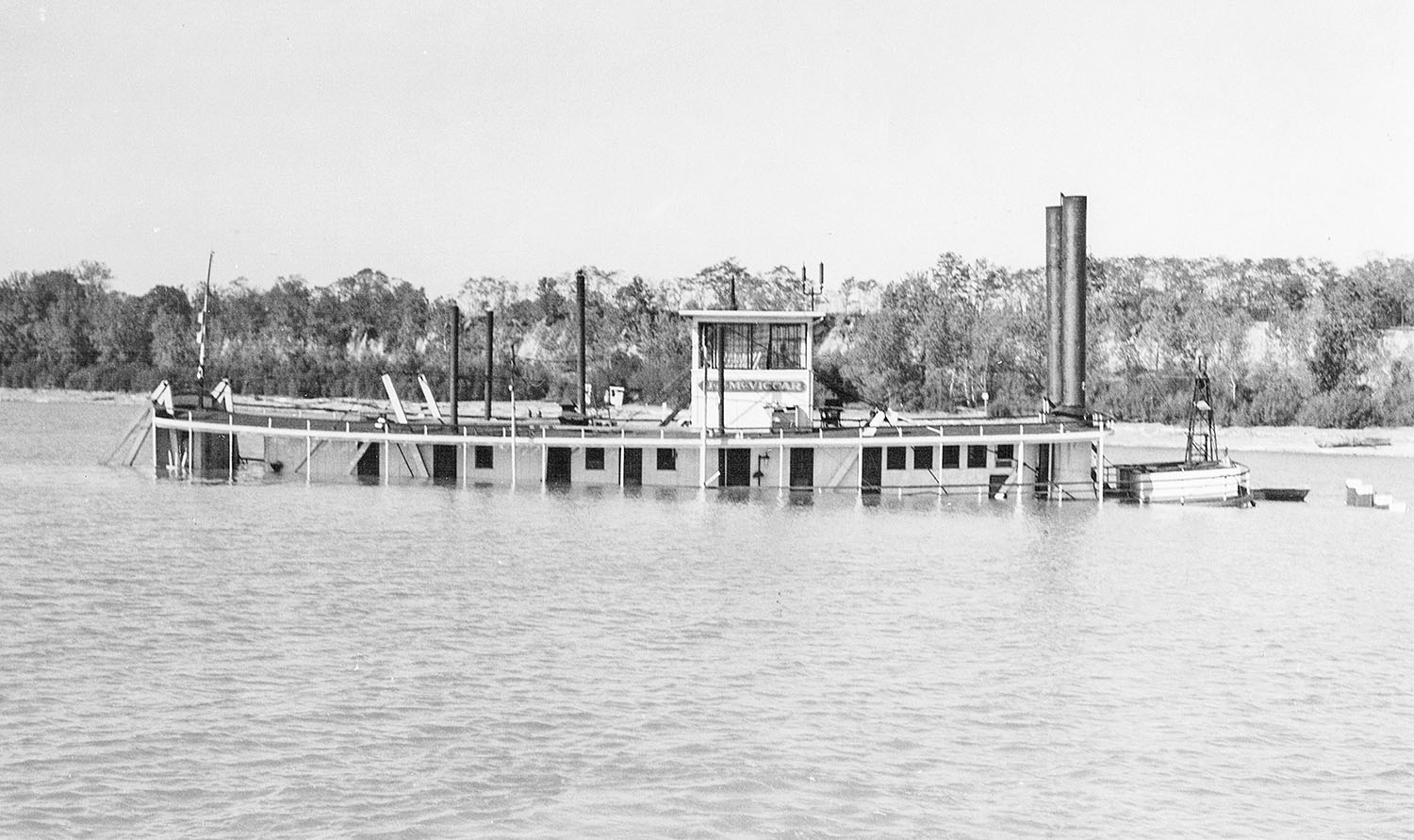 In 1894, as the Howard family prepared to occupy their newly completed 22-room riverside mansion at Jeffersonville, Ind., their shipyard built the towboat Fritz, named for Capt. Fritz Mentor.

The sternwheeler was constructed for a contract cost of $5,000, utilizing recycled pieces and parts from the towboat Charlie Depauw, also built by the Howards in 1882 for the Duffy family. The Duffy family was in the coal, sand and gravel business, ultimately evolving into the Ohio River Sand & Gravel Company at Louisville. The Depauw was dismantled in 1890.

The Fritz, which had joined the fleet of the Combine in 1899, was taken to Elizabeth, Pa., in 1906, at which time the name was changed to Rescue. The vessel did towing work in the Caseyville, Ky., region for the Combine until that corporation was dissolved in 1916.

The Rescue was eventually sold to the Chicago & Erie Railroad, which was operating a transfer service at Joppa, Ill., in conjunction with their mainline to St. Louis and Chicago. Capt. J.F. Browinski was the terminal superintendent; his son was later master of the Federal Barge Line towboat Natchez and lost his life when that vessel struck the Greenville, Miss., bridge and sank on March 4, 1948.

The Rescue was rebuilt at Paducah in 1918 and named W.J. Jackson. The “new” riverboat had a wooden hull measuring 126.5 feet in length by 27.5 feet in width; it received the used Sweeney high-pressure engines (built at Wheeling, W.Va., with 12-inch cylinders and a six-foot stroke) from the Fritz/Rescue, dating back to the Charlie Depauw of 1882. Capt. Nelson M. Broadfoot (who later had a towboat named for him) was the longtime master of the Jackson, with Bill Emmick presiding in the engineroom. The vessel reportedly had a beautiful deep-toned whistle that was well-known on the river.

In 1936, the sternwheeler was sold to Hardy Roberts of Paducah, who renamed it J.J. McViccar, after extensive renovation work was completed at the Paducah Marine Ways. The McViccar did contract towing work, mainly from Wood River, Ill., to Nashville, Tenn. The towboat was in the command of various masters, including Capt. Ralph Bishop, Capt. Howard Thomas and Capt. Sam Felts. One of the navigation officers was Capt. John Gann, a veteran packet boat pilot who served many steamboats operating on the Cumberland River. One of the boat’s engineers was Forrest Crutchfield, who once described the engines and three Fowler-Wolfe boilers, which were supplied water by an ancient Ainslee-Cochran doctor pump, as working very easy.

The J.J. McViccar sank some 18 miles below Paducah opposite Mayberry Landing (Mile 956.7) in the autumn of 1941. The riverboat rested in shallow water on an even keel in the main channel of the Ohio River, and for a time salvage was considered.

The late Joseph LeBoeuf, career riverman from Louisiana, was long with the U.S. Army Corps of Engineers and in retirement served as mate on the steamer Belle of Louisville when this writer was a member of the crew. Joe sometimes talked of the J.J. McViccar and recalled that the stalwart steamboat never ran again following the sinking and was scrapped.

Caption for photo: The J.J. McViccar is shown sunk in the Ohio River on an even keel. (Keith Norrington collection)