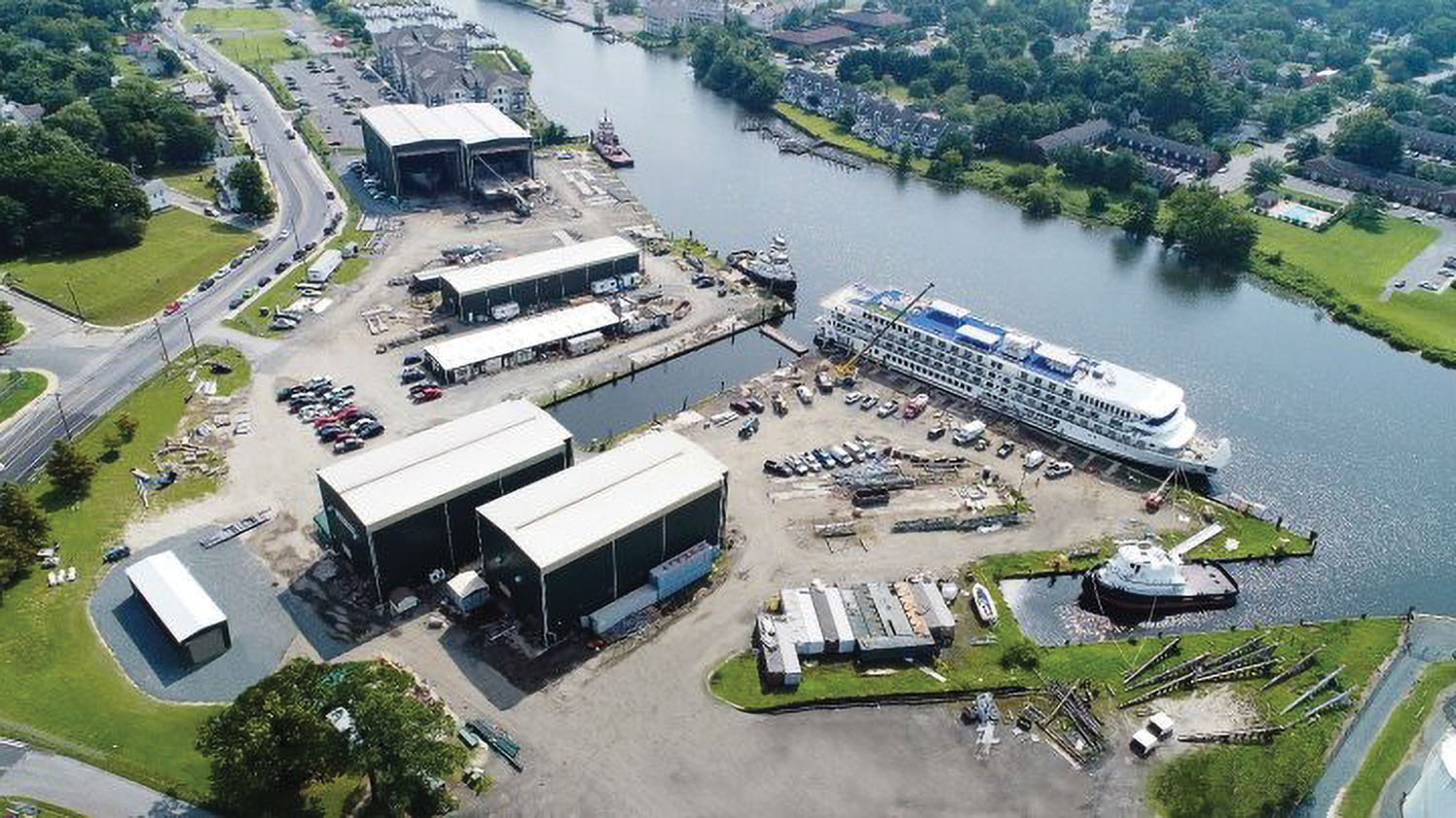 American Cruise Lines announced March 17 that the cruise vessel American Symphony was launched at Chesapeake Shipbuilding in Salisbury, Md. It is the fifth vessel in ACL’s “modern riverboat” series, which was introduced in 2018.

Construction is already underway on the next vessel in the series, the American Serenade.

The American Symphony will feature the same design and state-of-the-art features showcased aboard the 2021 sister ship American Melody, including the series’ hallmark opening bow and retractable gangway. The American Symphony will accommodate 175 passengers, has 5 decks, 100 percent balcony staterooms, a four-story glass atrium, indoor and outdoor dining venues, large fitness centers, multiple spacious lounges and a top deck that showcases a skywalk and an ellipse cutout cantilevered over the ship’s fourth-deck cafe below.

Immediately after the launch, the new riverboat was positioned in Chesapeake’s East outfitting basin where it will receive its upper decks and outfitting.