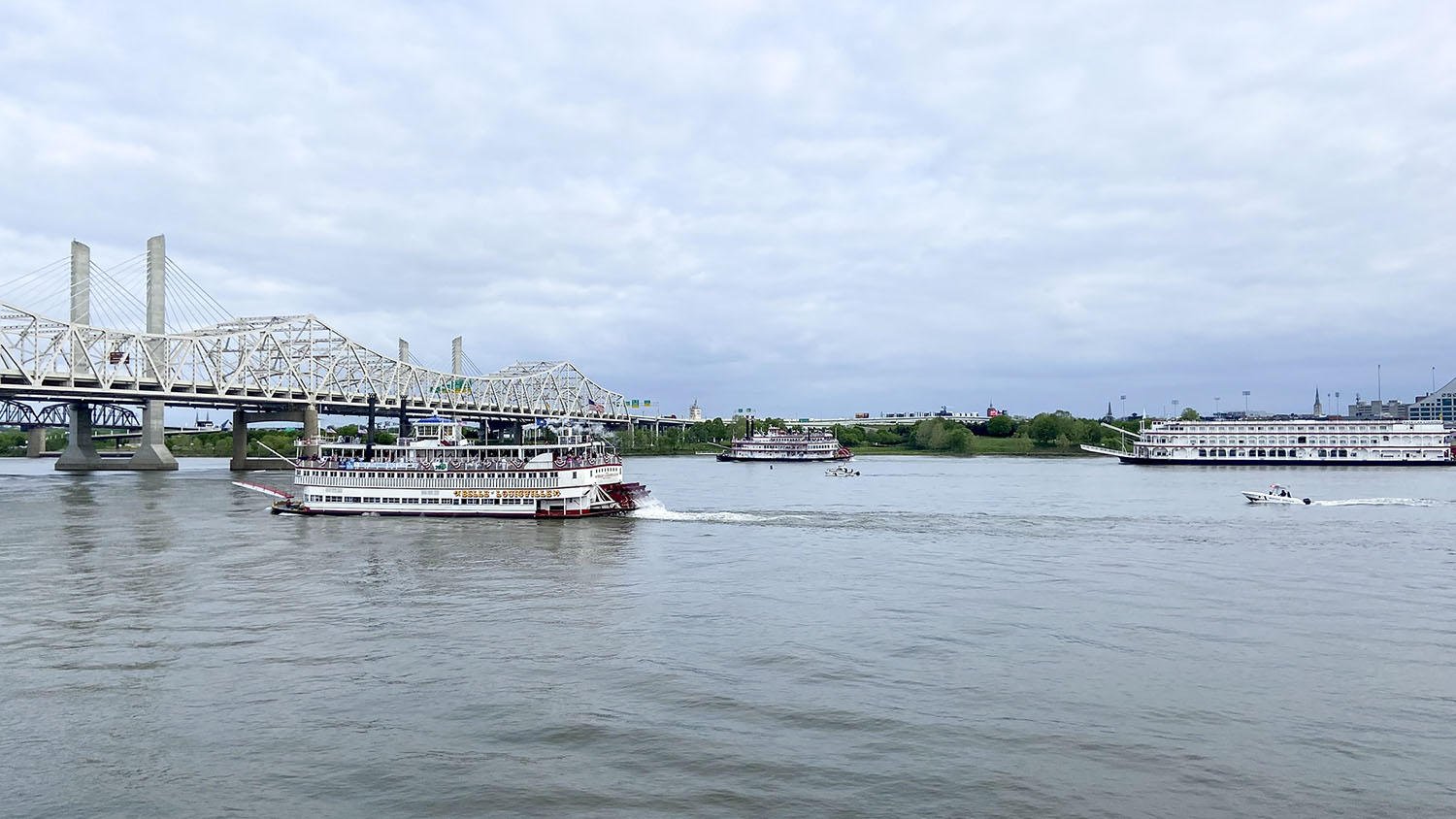 The Belle of Louisville held onto the coveted set of silver antlers May 4, winning the Great Steamboat Race for the second year in a row.

One of the oldest traditions of the Kentucky Derby Festival in Louisville, Ky., the 14-mile, roughly 10 mph. race on the Ohio River has taken place since 1963, but has seen many changes over the years, including the competitors for the hometown favorite Belle of Louisville, a national historic landmark and the oldest operating Mississippi River-style steamboat in the country.

“It will be a Battle of two Belles and a Countess along the Ohio River,” festival officials said in a statement released in advance of the race.

Also new this year was the title sponsor, Liberty Financial, and the “official” bourbon, from Louisville’s Brough Brothers Distillery.

The race—which has in recent decades always been more of a fun outing than a competitive match—was decided on a technicality as the judges said although it was last of the three to pass under the Clark Memorial Bridge, the Belle of Louisville was the first authentic steam-powered boat to do so.

Aimee Boyd, vice president of communications and media relations for the festival, said after the race that the decision was made by the judges, the captains, festival officials and Louisville Mayor Greg Fischer.

“It wouldn’t be Derby Week without racing on the river and some steamboat shenanigans,” said Matt Gibson, Kentucky Derby Festival President and CEO. “Congratulations to the Belle of Louisville! We’re always rooting for our hometown favorite.”

Belle of Louisville Capt. Mark Doty accepted the traditional 12-point rack of silver antlers from Fischer in an awards ceremony following the race at Waterfront Park.

“The judges recognized what makes the Belle of Louisville a winner,” he said. “The silver antlers are staying in Louisville where they belong.”

Captains on both the Belle of Louisville and Belle of Cincinnati had fun trash talking each other at historic Louisville horse racing track Churchill Downs the morning of May 4, before the race got underway at 6 p.m.

“Well, I’m looking forward to some cheating that you’re going to do,” Alan Bernstein, captain of the Belle of Cincinnati, said to Belle of Louisville captain Mike Doty.

“Well, I’m looking for the same thing,” Doty replied, all in fun.