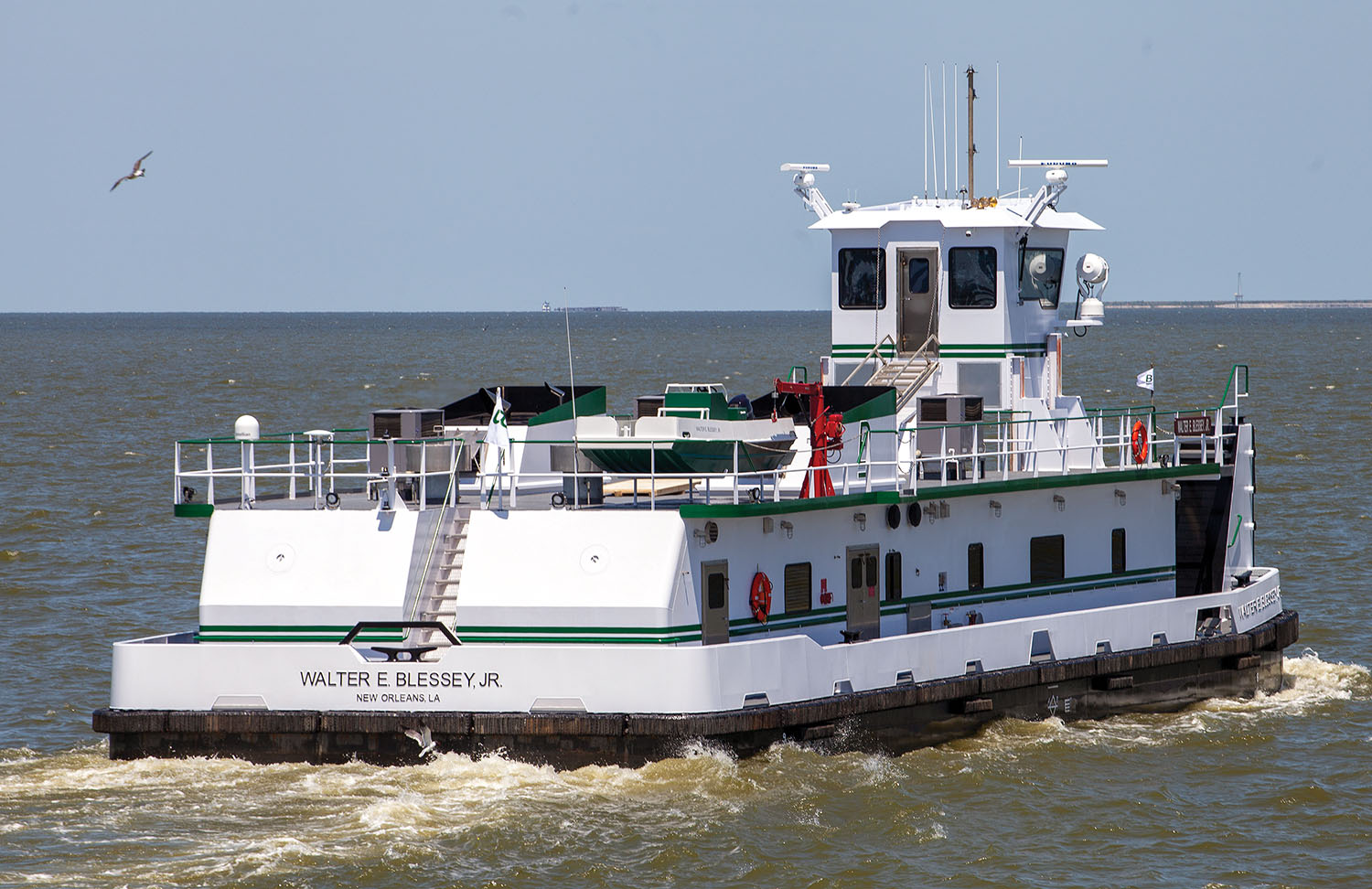 New Orleans-based Blessey Marine Services has christened a lot of vessels over its 44-year history—104 vessels, in fact. And three of those have been named for company founder and chairman Walter Blessey. The latest mv. Walter E. Blessey, Jr. was christened May 12 in a ceremony held in Kemah, Texas, just south of Houston.

The mv. Walter E. Blessey, Jr. is a 100- by 34-foot towboat built by Vessel Repair in Port Arthur, Texas. It’s the sister vessel to the mv. Laura Blessey Todd, named for Blessey’s daughter and the wife of Clark Todd, who serves as president and CEO of Blessey Marine. That vessel was christened just over six months ago. Coincidentally, Laura Blessey Todd has also had multiple Blessey Marine vessels named after her.

“Walter holds the distinction of being in second place for the number of vessels named after him,” Todd said with a smile. “My wife has had four. Walter has had three.

“Obviously, this is a special day for Walter,” Todd added. “It’s a special day for us, and it’s a really important day for the crew members who are here to pilot this vessel up the Mississippi River here in the next couple of weeks.”

Like the mv. Laura Blessey Todd, the mv. Walter E. Blessey, Jr. features a retractable pilothouse and an ABS load line classification, making it an ideal do-everything towboat capable of working the Upper Mississippi and Illinois rivers and the Great Lakes.

The mv. Walter E. Blessey, Jr. features Vessel Repair’s patented hull design, which combines the strengths of a singled-chined (or flat-bottom) hull forward and a doubled-chined hull aft. The vessel also fits all the crew comforts of a conventional multi-deck towboat into the single deck of a retractable, including an expansive crew lounge.

Ron Moerbe, president of Vessel Repair, said that, while designing the vessel was a challenge, the result is something the shipyard team is quite pleased with.

“We’re very proud of this vessel,” Moerbe said, “and we’re very honored to have been able to do this for somebody like Walter Blessey, Clark Todd and the whole Blessey organization. Thank you very, very much. It’s been a privilege, and it’s something we’ll never forget and we take a lot of pride in.”

Todd, in turn, thanked the Vessel Repair team for the excellence and timeliness of the mv. Walter E. Blessey, Jr.

“We’re extremely, extremely excited about this second boat of this generation, if you will, that they’ve built for us,” Todd said. “We couldn’t be more proud and honored to have the friendship we’ve created over the last few years to be part of what we call ‘the journey’ here at Blessey Marine.

“Ronnie and his son, Kurt, along with the rest of their crew at Vessel Repair, have done a tremendous job building this vessel,” he added. “As we all know, with supply chain shortages and all the issues we have going on, we are really, really thankful that you guys were able to put it together.”

Todd expressed his deepest gratitude for Blessey, for the type of company he built, and for the more than two decades he’s spent with the company thus far.

“You will not find another owner, another operator of towboats, that cares more deeply about his crew members on the vessels,” Todd said of Blessey. “I’ve seen that over the last 21 years that I’ve been fortunate to be part of Walter’s company. As he’s turned the reins over to me over the last several years, it’s been incredibly humbling for me to watch and learn from a man who has created such an incredible company.”

That commitment to crew members goes far beyond building comfortable towboats, which Blessey Marine is well known for.

“At the end of the day, when you slice it all up and lay it out on the table, Walter has always said to me we’re going to respect everyone and we’re going to do it the right way,” Todd said. “Now we might lose out on some contracts from time to time. That’s OK, because it’s not about the bottom line. At the end of the day, we take care of more than 3,000 family members, which is what we call them at Blessey Marine. They’re our wives, our spouses, the children of our employees. Walter, there’s no greater accomplishment in my career than being a part of this great company.”

Speaking to the crowd gathered for the christening, Blessey recounted the story of how he decided to start Blessey Enterprises, the venture that grew into Blessey Marine. After college and his time in the Army, Blessey went to work first for a utility company, then for an oil trading firm. Despite Blessey’s business acumen lavishly benefiting those companies, his work went largely unrewarded and unrecognized, he said. His negative experiences with those first two companies taught him invaluable lessons that he later applied to his own company.

“I learned all the lessons how not to do it at the two companies I’d worked for,” Blessey said. “I believe with all my heart in this motto: ‘Surround yourself with great people and great things will happen.’ And they have.”

Blessey said he’s thankful for all the people that have been a part of Blessey Marine over the years.

He extended that thanks to the people currently working for the company, including his two sons-in-law, Todd and Daniel Wisner, who serves as vice president of purchasing, crew and vessel logistics for Blessey Marine.

“My sons-in-law, Clark and Daniel, are doing a great job,” Blessey said. “I stepped back and am enjoying my life and Jane Ann. It’s all good, and Clark has done a great job taking the load off me. So many of the people we’ve hired have been here a long time, and we trust them and know them.”

Blessey said it’s incredible for him to just reflect on his life and the company that bears his name.

“It’s an amazing journey, looking back on life, and it probably only could’ve happened in America,” Blessey said.

Following the blessing and Bible presentation, Blessey climbed aboard his namesake vessel and christened it into the Blessey Marine fleet.

Custom Hydraulic Components supplied the lift system for the pilothouse, which rises to an eye level of 30.5 feet.

The mv. Walter E. Blessey, Jr. joins 82 other towboats in the Blessey Marine fleet, along with 170 inland tank barges. Besides its Harahan, La., base of operations, Blessey Marine also has a facility in Channelview, Texas, and operates sister companies WEB Fleeting LP and WEB Engines Inc.

Note: See below for a slideshow with more pictures from the christening of the mv. Walter E. Blessey, Jr. 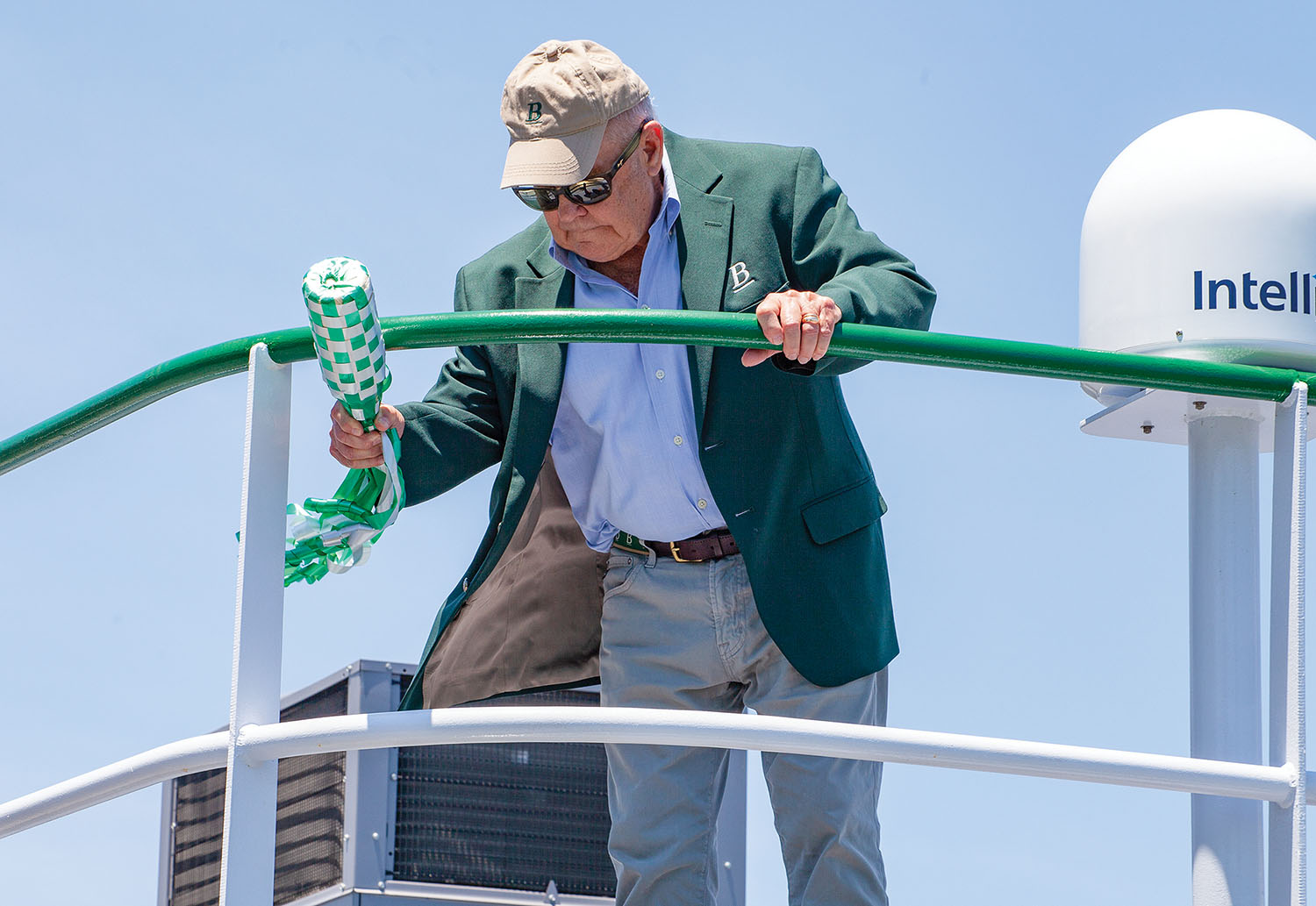 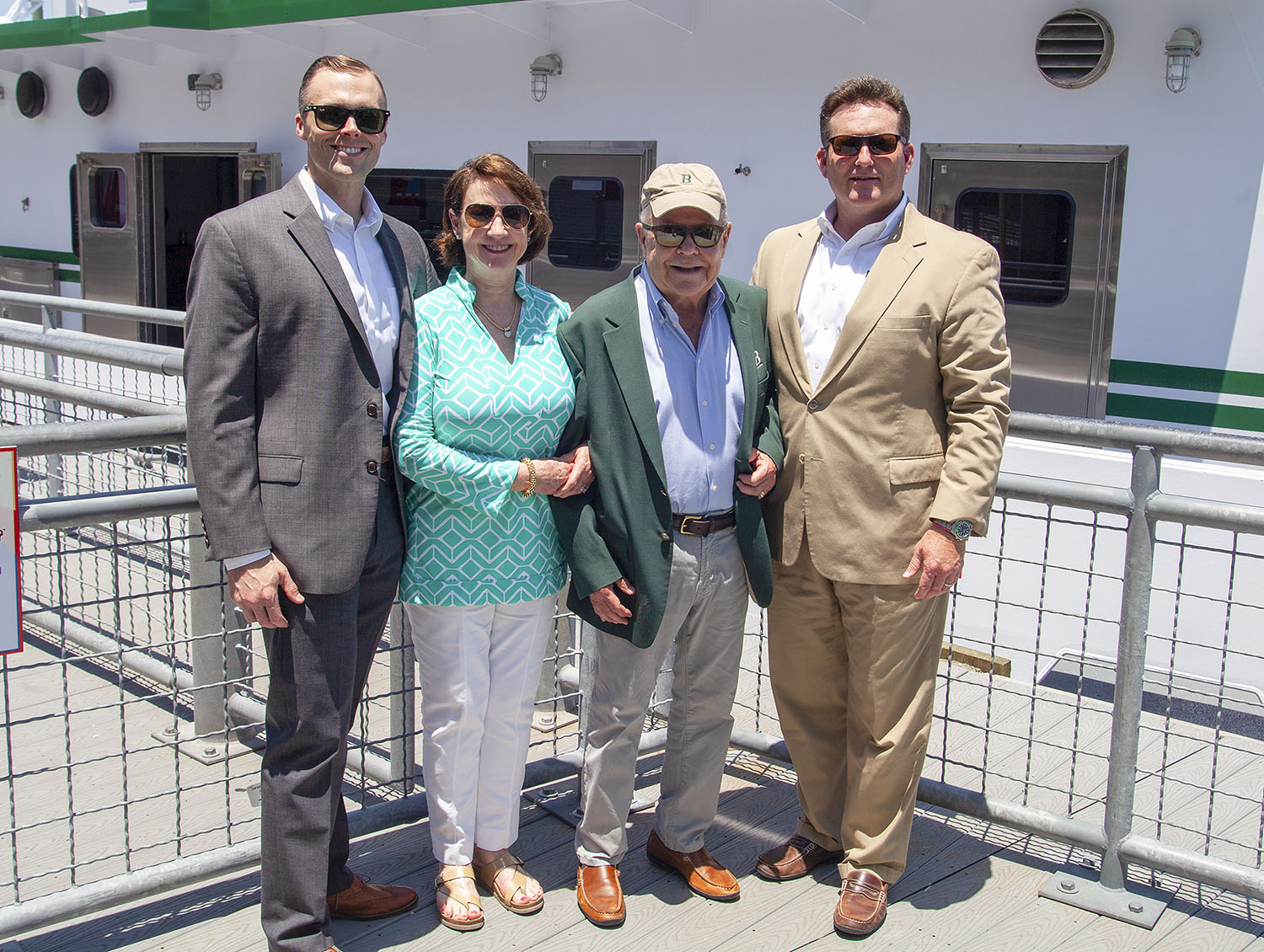 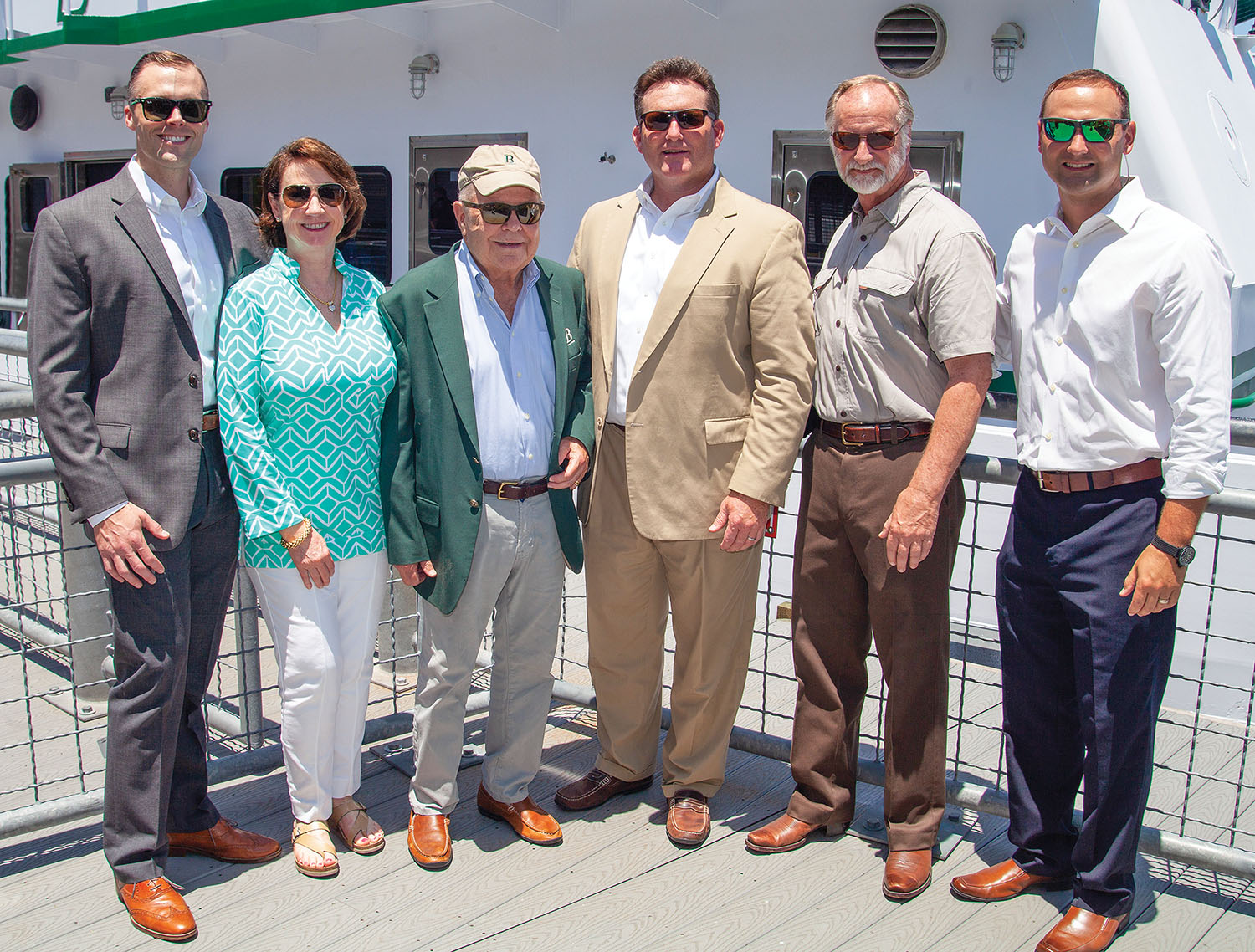 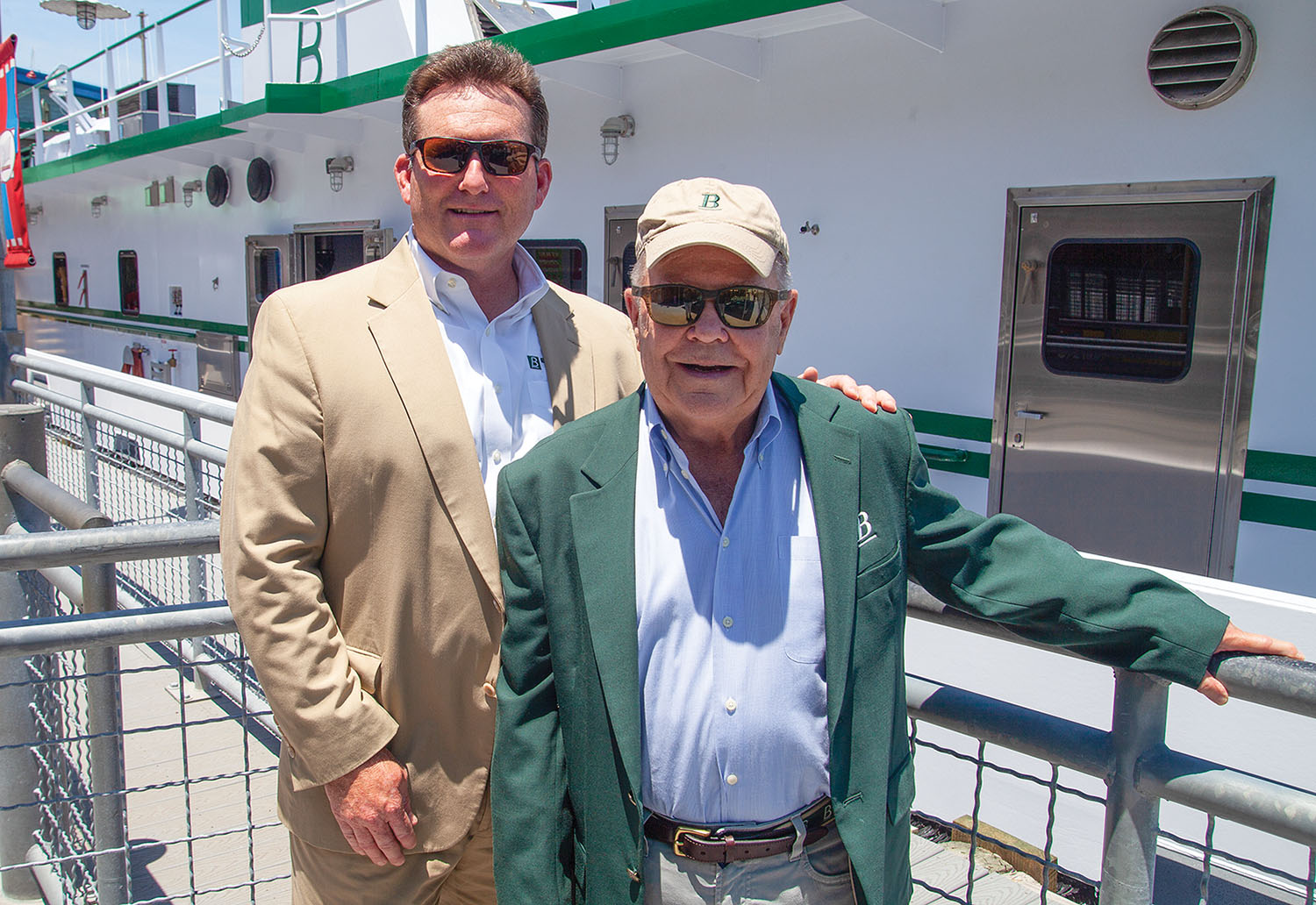 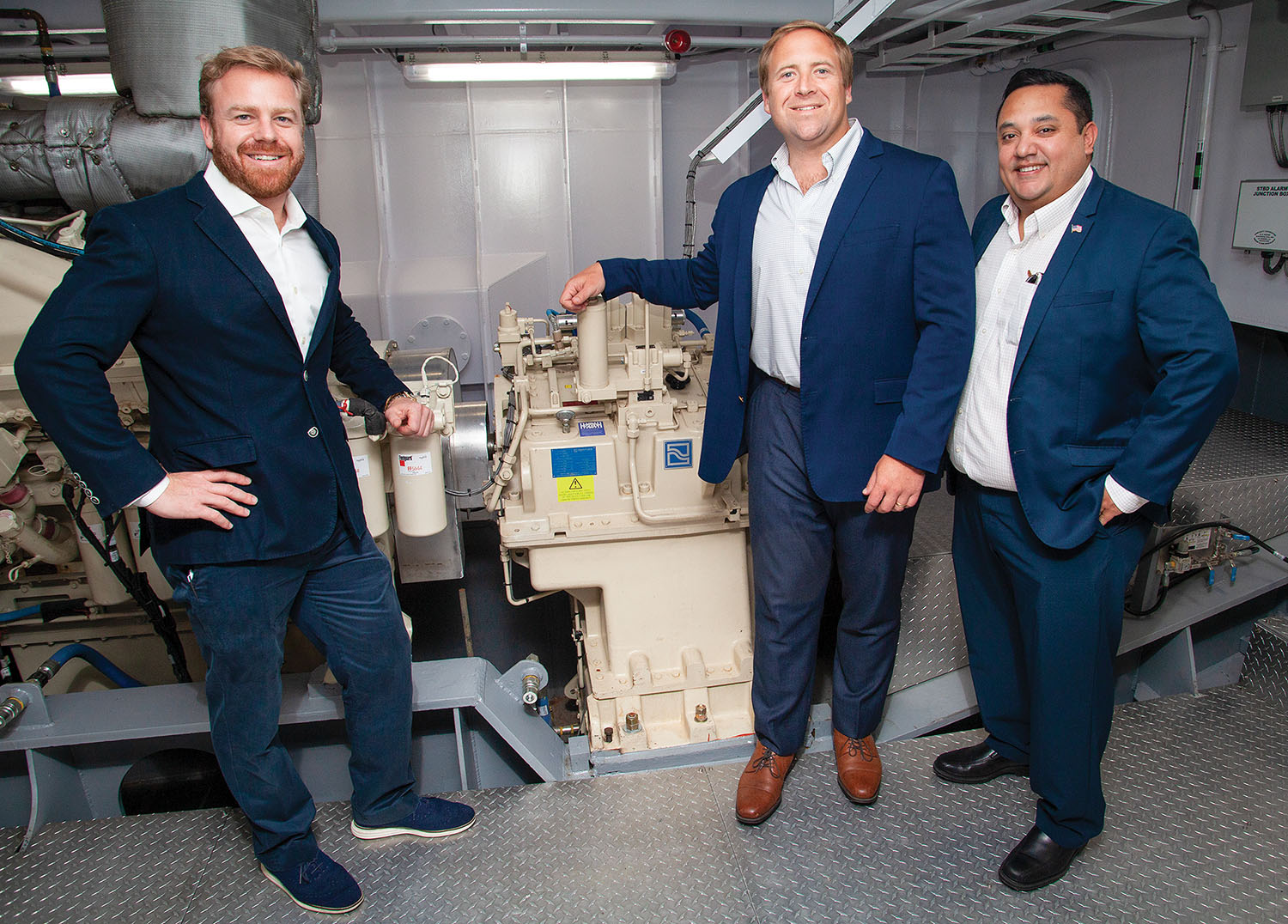 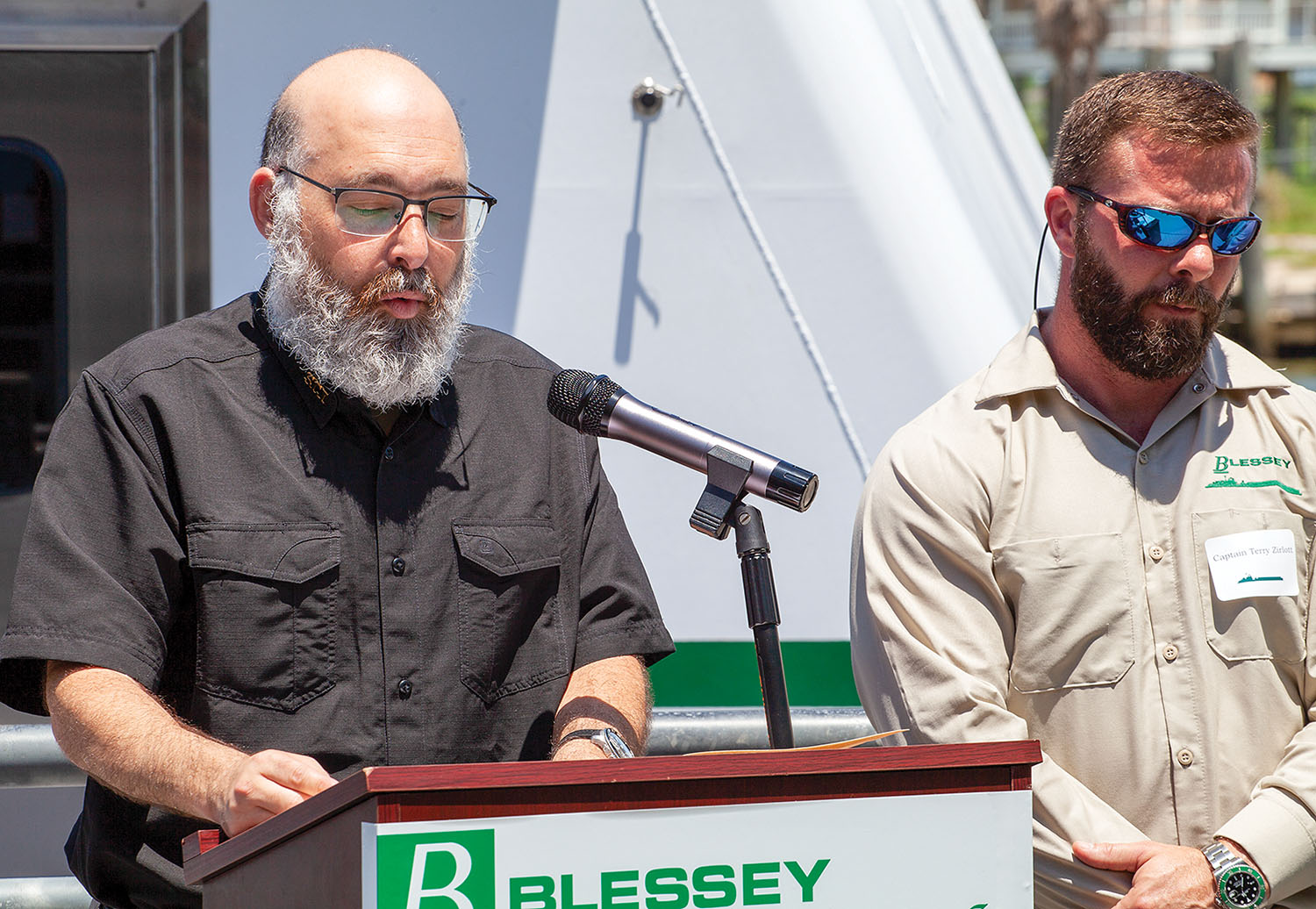 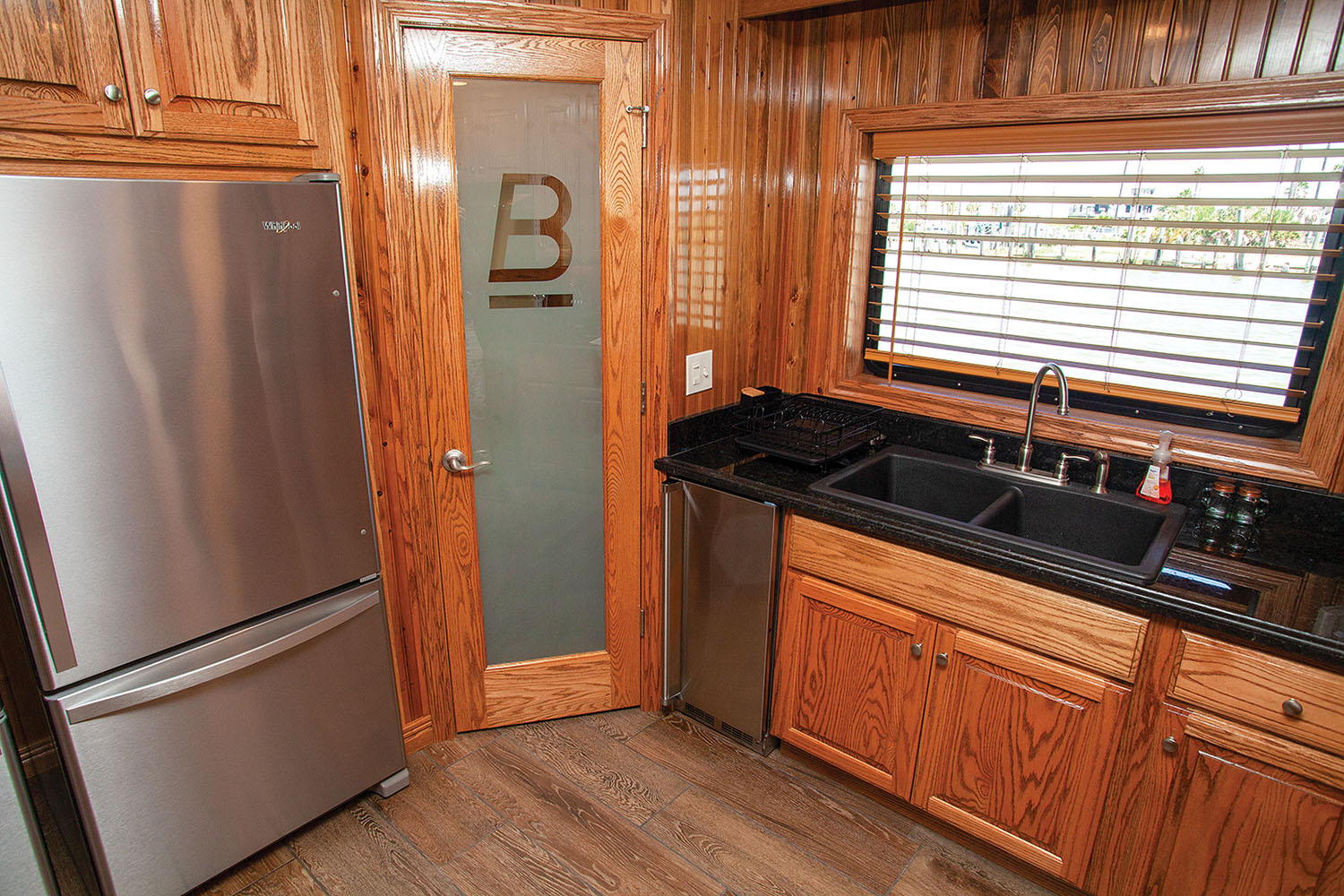 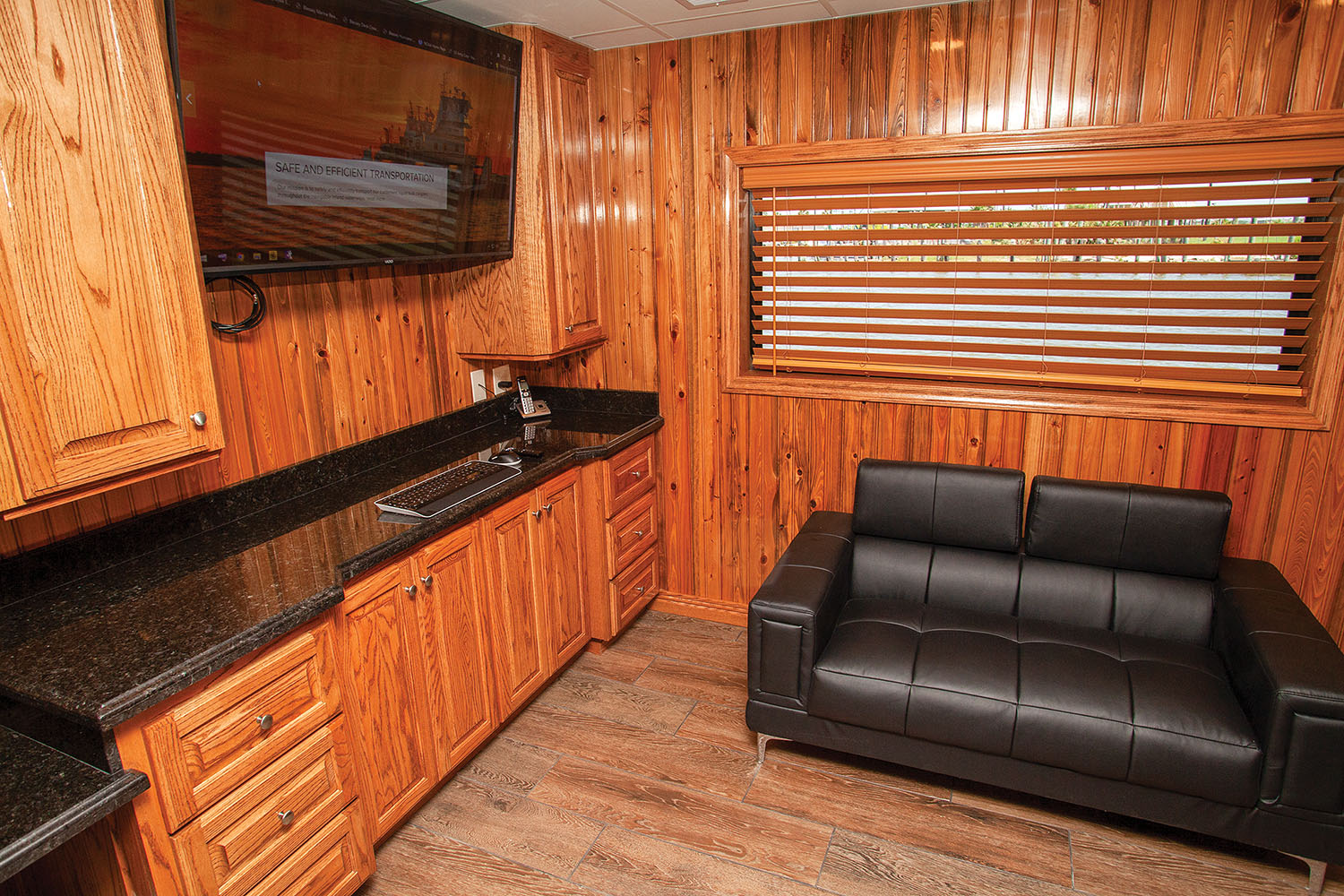