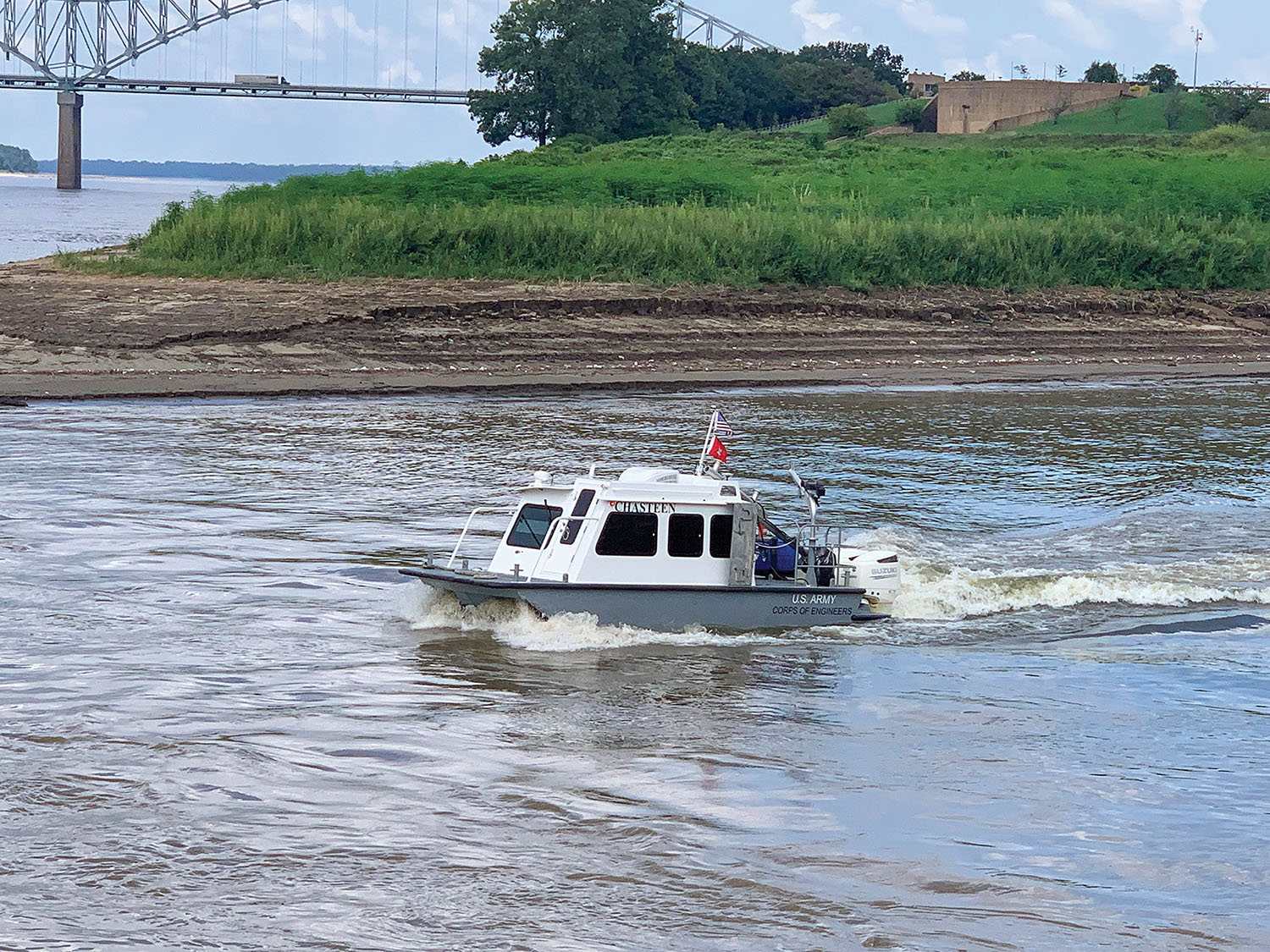 The Memphis Engineer District christened the survey vessel Chasteen August 23 during a visit from the Mississippi River Commission.

Over his 30 years of service with the district, Chasteen made an impact on its navigation, flood control and environmental stewardship missions, the Memphis Engineer District said in a news release.

Before his passing from cancer in 2021, Chasteen played a major role in the advancement of river engineering science, studying the Mississippi River and applying sound engineering techniques, to help shape it into a safe, navigable waterway, the district said.

Chasteen began his career with the U.S. Army Corps of Engineers in 1991. He first worked in the river stabilization section until he was promoted in 1994 to a senior engineering position with the geotechnical design section. In 1999, he was promoted to river engineering section chief, a position he held for nearly 20 years. He served his final years as deputy chief of the hydraulics and hydrology branch.

The survey vessel Chasteen is a 28-foot-long vessel with an enclosed cabin. It has twin 300 hp. engines. It is used for multi-beam hydrographic surveys, velocity measurements and discharge measurements of the Mississippi River.

Caption for top photo: The survey vessel Chasteen launches for the first time, departing from the christening ceremony. (Photo courtesy of the Memphis Engineer District)