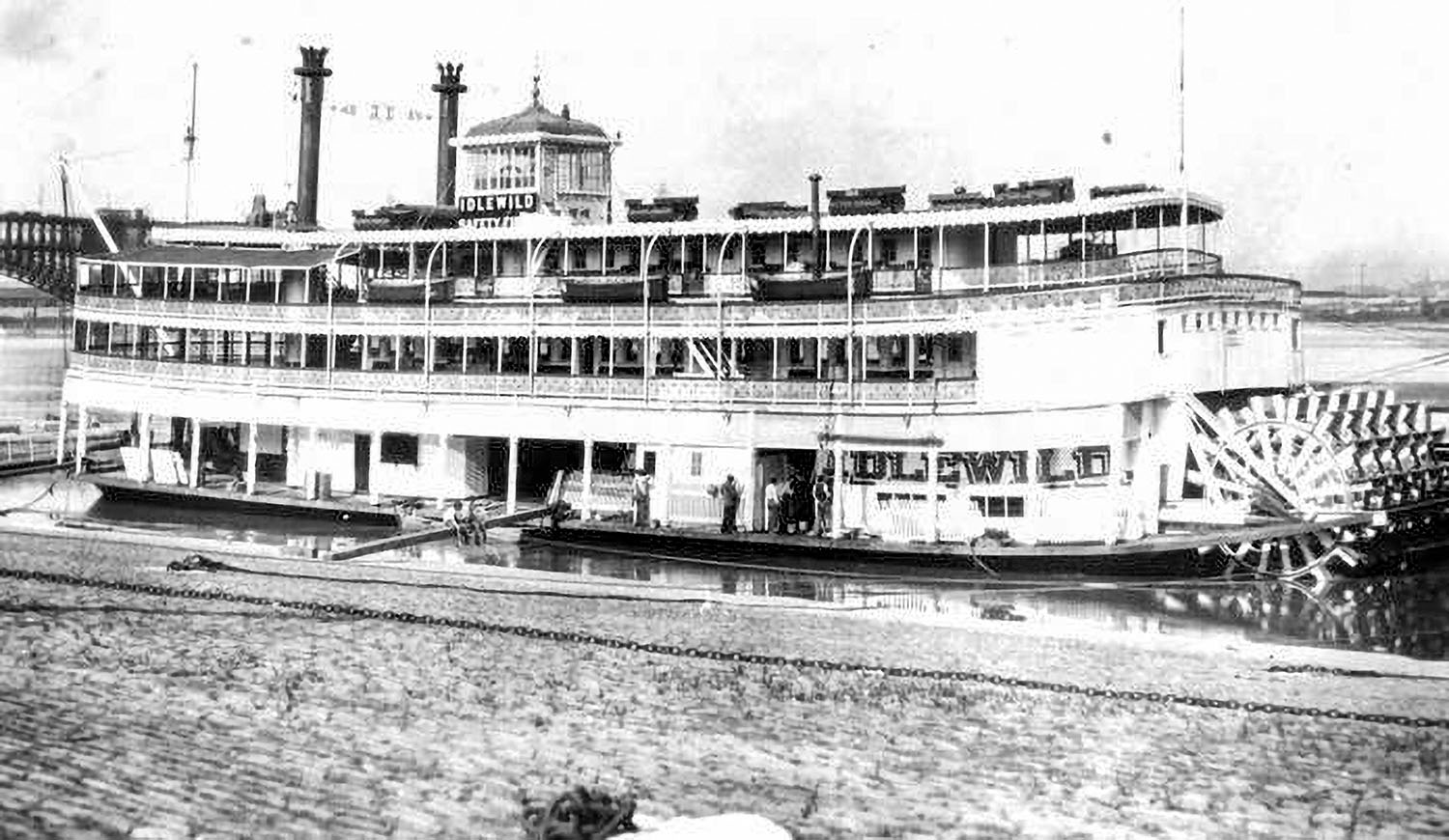 The river community was saddened recently to learn of the passing of Capt. Clarke C. “Doc” Hawley at age 87.

Hawley, a Charleston, W.Va., native, was related to the Calvert family that had operated steamboats on the Kanawha River but became a riverman himself in a most unique and all-American way. As a teenager in the early 1950s he visited the excursion steamer Avalon that was at Charleston for a few days. Quite simply, the boat’s calliope was silent for lack of someone to play it, and young Doc was engaged for the summer by Capt. Ernest E. Wagner to do just that, along with other tasks such as popping corn. Though he left the boat to continue school in the fall, he would return in the summers, and the river became his life.

He ultimately became a mate and then alternate master of the Avalon, and after its owners went bankrupt, he went to the Delta Queen of Greene Line Steamers and was also a company official there. In 1970, he was back on the Avalon, which had been sold to become the Belle of Louisville. The year 1975 found him as master of the new Str. Natchez at New Orleans, and he would continue to make his home there in the French Quarter of the city even after retirement. He remained active in lecturing and playing the calliope, which started his career in the first place.

This writer first became acquainted with Capt. Hawley in the early 1970s aboard the Belle of Louisville. In 1982 he brought the Natchez to Louisville to compete with the Belle and the Delta Queen in the annual Great Steamboat Race. I had travelled to Louisville that morning in the company of the late Virginia Bennett and Capt. Harry Louden. Our intentions were to ride the Natchez for a morning excursion, and the Delta Queen during the race. We arrived just in time to see the Natchez backing out, but when we were seen on the wharf, the boat nosed back in to pick us up. It was my first time aboard the Natchez, and Doc personally took me to the engineroom to show me the main engines that had originally powered the sternwheel towboat Clairton, built as the Youghiogheney at Ambridge, Pa., in 1927.

Days later, the thought struck me that in my haste to board, I certainly hadn’t purchased a ticket. I found out how much they had been and sent a check to Capt. Doc with a letter of explanation and apology. I cherish his response, sent back in his unique script: “I am returning your check posthaste—it has always been my policy that members of the River Fraternity ride free.” He will be greatly missed.

The Avalon, which Capt. Hawley started out on, is no stranger to these pages, and of course was built at Pittsburgh in 1914 by James Rees & Sons Company as the Idlewild. Originally owned by the West Memphis Packet Company for use as a packet, excursion boat and ferry, it had a steel hull 157.5 by 36 feet and was fitted with a set of used Rees engines 16’s – 6-1/2 foot stroke. In February 1928, the boat was sold to the New St. Louis and Calhoun Packet Corporation, Hardin, Ill.

While I have seen over the years in various articles that the Idlewild was pressed into towing service during World War II, there is much evidence that it was used in towing much earlier than that.

Throughout the 1930s, issues of The Waterways Journal in the fall and winter, during the excursion off season, would carry a small ad by the New St. Louis & Calhoun Packet Corporation soliciting towing for an “all steel steamer” of 650 hp. The Idlewild was the only boat owned by them at the time, so this ad would have to refer to it, although the Inland River Record of later years would indicate the horsepower rating at 400.

In the February 17, 1934, issue of the WJ, in the St. Louis Items column by Andrew D. Franz, is found the following: “Henry C. Meyer, manager of the steamer Idlewild of the New St. Louis & Calhoun Packet Corporation, was a St. Louis and Waterways Journal visitor Tuesday. Meyer reports that his boat received no injury from her experience recently of being caught by the heavy ice in the river at Louisiana, Mo., as a good harbor was found under the piers of the new highway bridge there. Several towing contracts have been secured for the boat that will keep her busy for two or three months. At the present time the boat is in temporary retirement in Alton Slough.”

The Idlewild was sold in 1947 to J. Herod Gorsage, Peoria, Ill., who in 1948 renamed it Avalon to grant the deathbed wish of Capt. Ben Winters. In 1950 it was sold to Steamer Avalon Inc., Cincinnati. Under this ownership the boat continued as a tramp excursion steamer throughout the inland river system. When the owners ran into financial difficulties in late 1961, the boat was tied up at Cincinnati due to bankruptcy proceedings.

Fearing that the then 48-year-old steamboat might wind up being scrapped, Doc Hawley managed to save some artifacts from it, including the brass plates from the cylinder heads of the historic Rees engines, and also to drain the boilers and machinery to protect from freezing. An ad appeared in the May 12, 1962, edition of the WJ announcing the bankruptcy public auction of the Avalon to take place on May 24 at Cincinnati. Due to efforts by Jefferson County (Ky.) Judge Marlow Cook, the Avalon was purchased for Louisville at the auction price of $34,000.

After extensive restoration, during which Hawley ensured the artifacts he saved were returned to the vessel, the boat went into service as the Belle of Louisville. In 1968, a new bow was placed at Jeffboat, increasing the hull length to 191 feet. Three new boilers were placed at the same time. Despite a sabotage sinking in 1997, the 108-year-old boat continues in service today, a testament to the men such as Capt. Doc Hawley who served aboard to lovingly ensure its preservation.

Caption for top photo: The Idlewild at St. Louis in 1928. (David Smith collection)