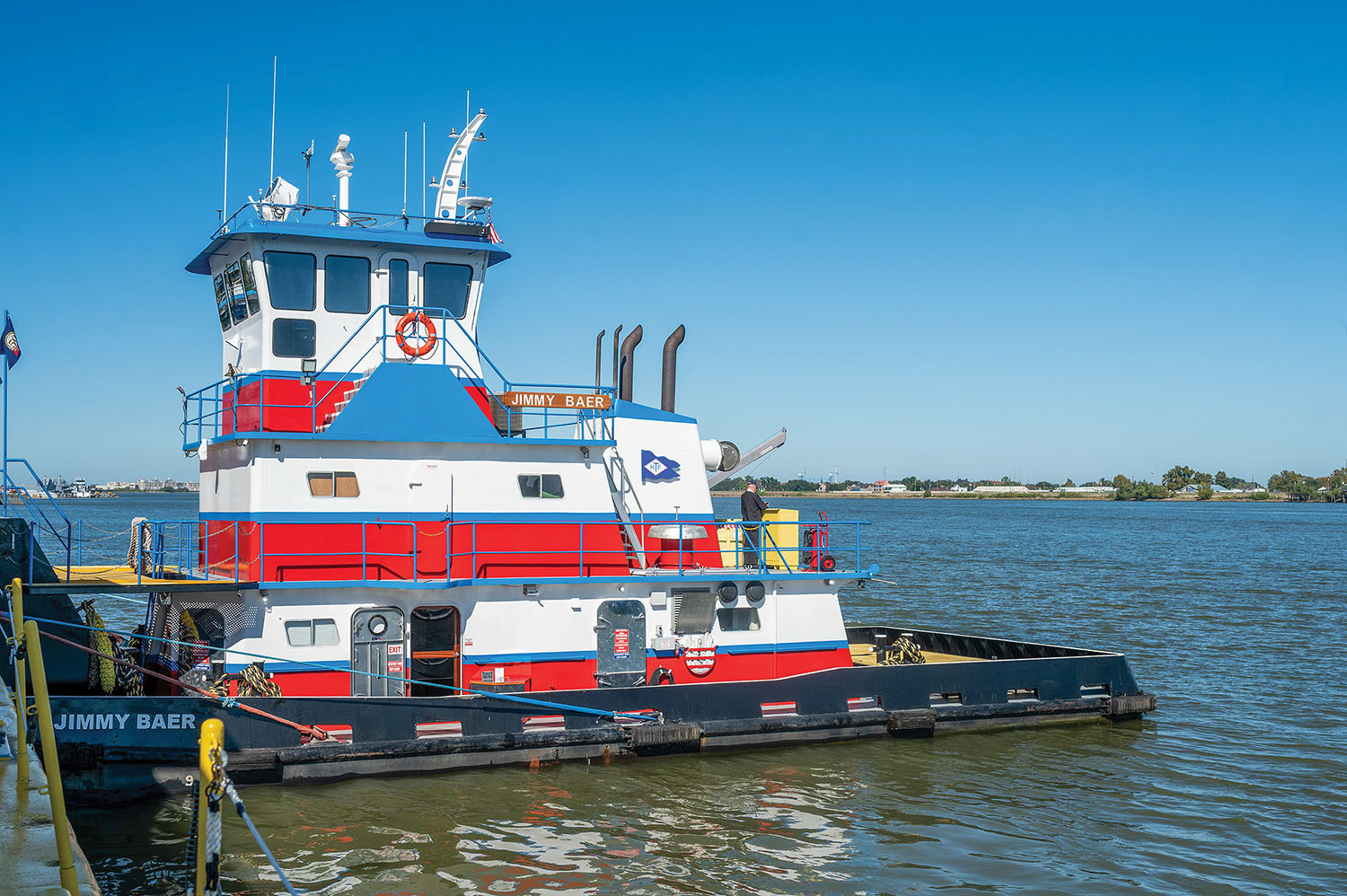 New Orleans-based Harbor Towing & Fleeting (HTF), which has been providing barge fleeting and tripping services in the Crescent City for the past 52 years, held a christening ceremony at the company’s Star Fleet below Algiers Point November 11 for the mv. Jimmy Baer.

The boat honors Jimmy Baer Jr., longtime HTF port captain, whose family has been part of the Harbor Towing story since the company’s founding.

Todd Clower praised Baer for both his breadth of knowledge and experience and his eagerness to pass that knowledge on to the next generation of industry leaders.

“He’s taught me all my boots-on-the-ground operational knowledge,” Clower said. “Everybody on the river knows him.”

About 125 friends, family and colleagues attended the christening for the mv. Jimmy Baer. Standing alongside Baer were his wife, Cindy, and their daughter, Emily. Clower said it was a family affair for him as well, with the November 11 christening coinciding with his dad’s 79th birthday. Clower’s brother-in-law, Chase McGarry, was on hand, as well. McGarry, an assistant port captain who has been learning under Baer, joined the HTF team just in time to be involved with the refit of the mv. Jimmy Baer.

During the christening, Clower also honored another longtime member of the HTF family, Capt. Calvin Lemoine, with a commemorative ship’s bell for his 32 years of service. Lemoine, who is captain aboard the mv. Pamela Ann, is retiring in December.

Clower said honoring Baer and Lemoine, celebrating his dad’s birthday, being there with his family and having his son, George, be a part of the christening made the entire event especially memorable.

“It was all about family,” he said.

Clower said bringing the mv. Jimmy Baer into the fleet is part of a long-term effort to enhance HTF’s New Orleans harbor presence.

FMT Shipyard on the Harvey Canal in New Orleans did the refurb work on the mv. Jimmy Baer. Work included adding a head on the first deck, relocating the laundry room, refreshing the galley, applying a new coat of paint and reworking the electrical system aboard the vessel.

Baer said, while he knew of and was involved in the refurbishment of the new vessel since its purchase last spring, he only recently learned it would bear his name. Baer said Clower invited the HTF staff to lunch one Friday a few months ago and, to his surprise, presented him with a wrapped gift. The gift turned out to be a wooden nameplate with “JIMMY BAER” in bright white lettering.

Baer said he got his start at Harbor Towing well before he finished high school.

Baer started out painting and doing odd jobs, like cutting the grass. It wasn’t long, though, before he was dispatching on the weekends. During his senior year, school was only a half day, so from even before graduation, Baer was working full time.

“I say I do anything besides sign checks now,” said Baer, who added that he even decks when needed. “Anything to keep the boats working.”

Besides his family, Baer said he was thankful to share the occasion with retired captains, vendors, friends and neighbors. He said the excitement of seeing his name on the mv. Jimmy Baer still hasn’t worn off.

For more photos from the christening, click on the slideshow below: 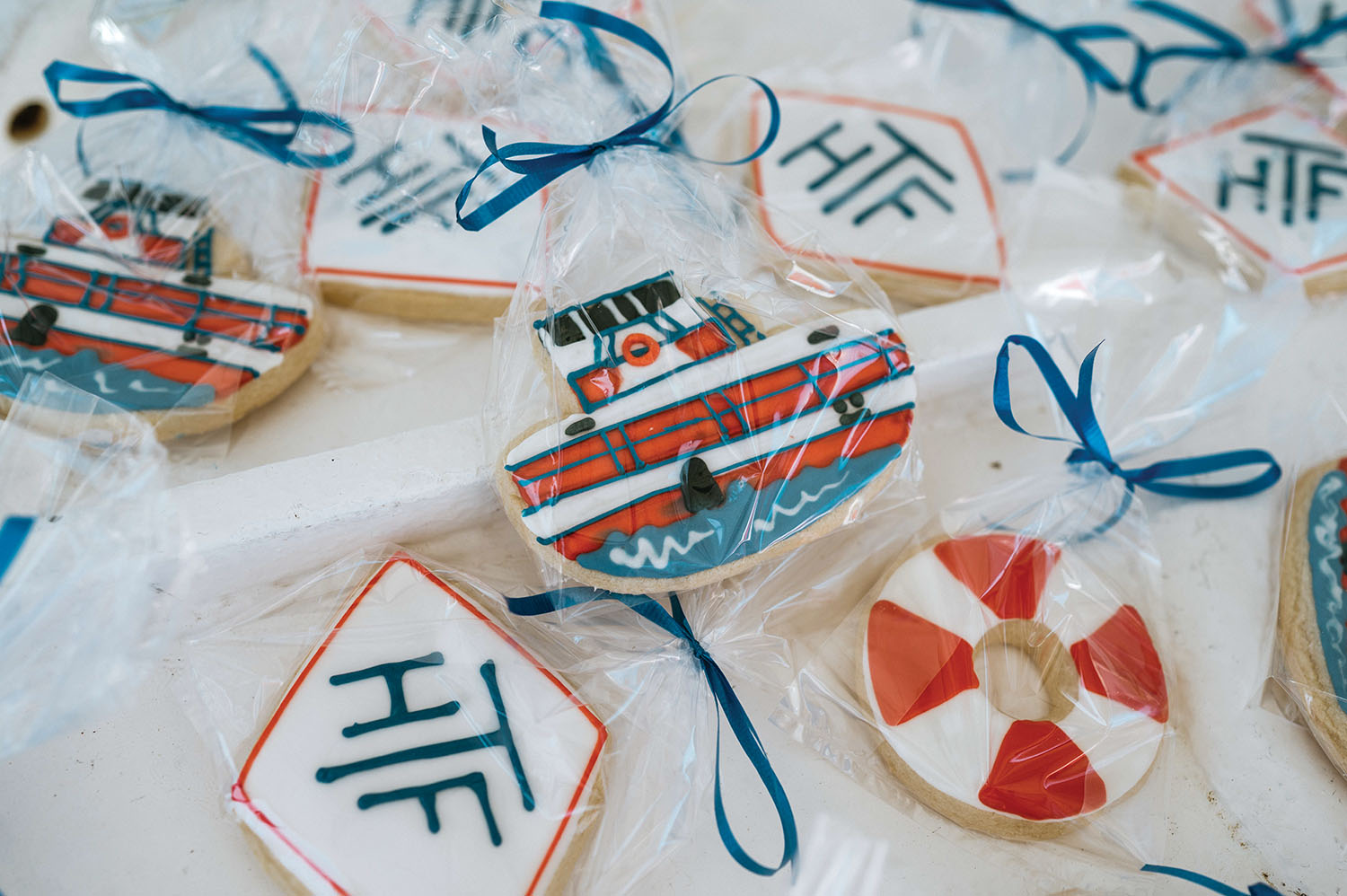 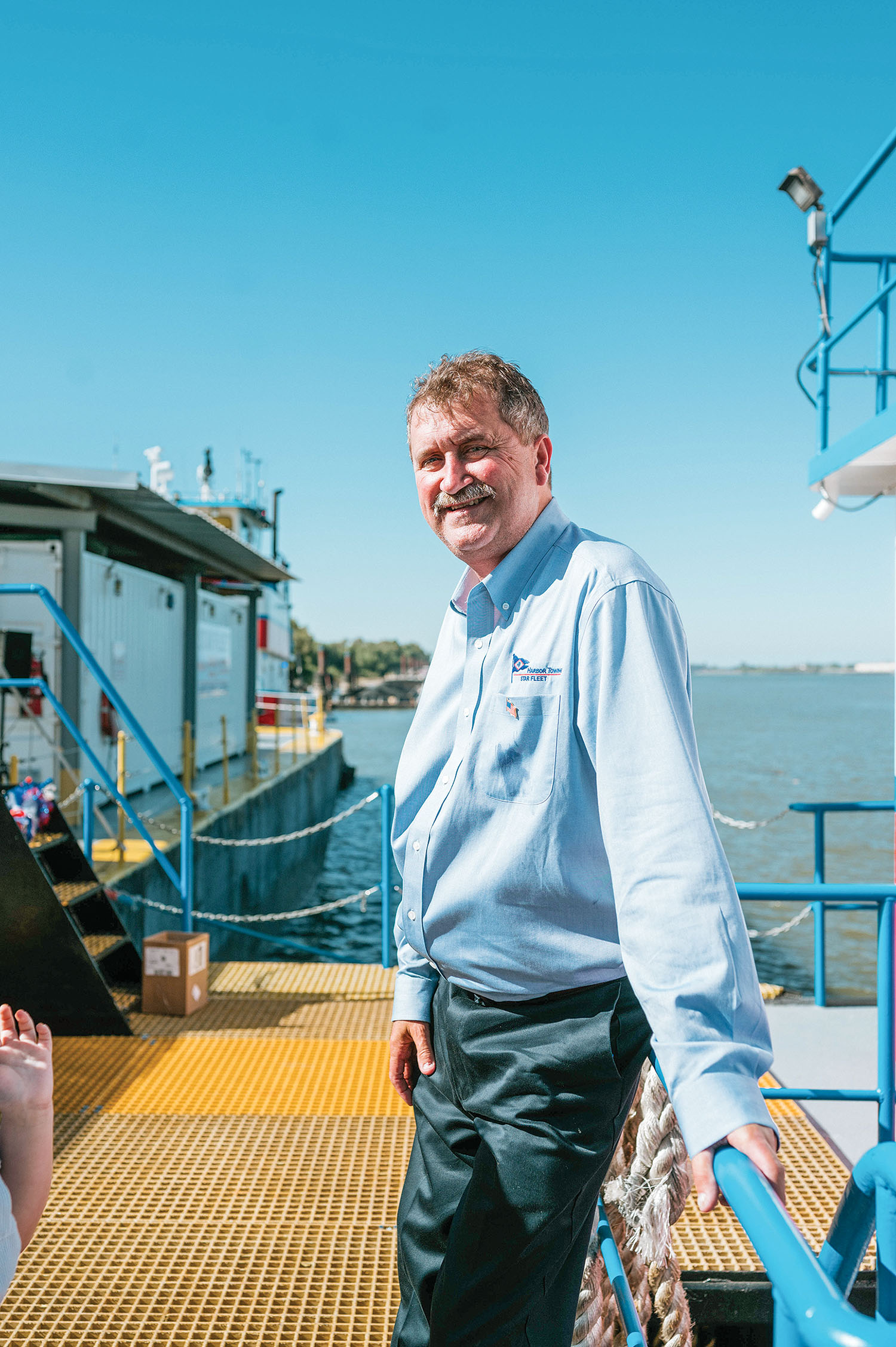 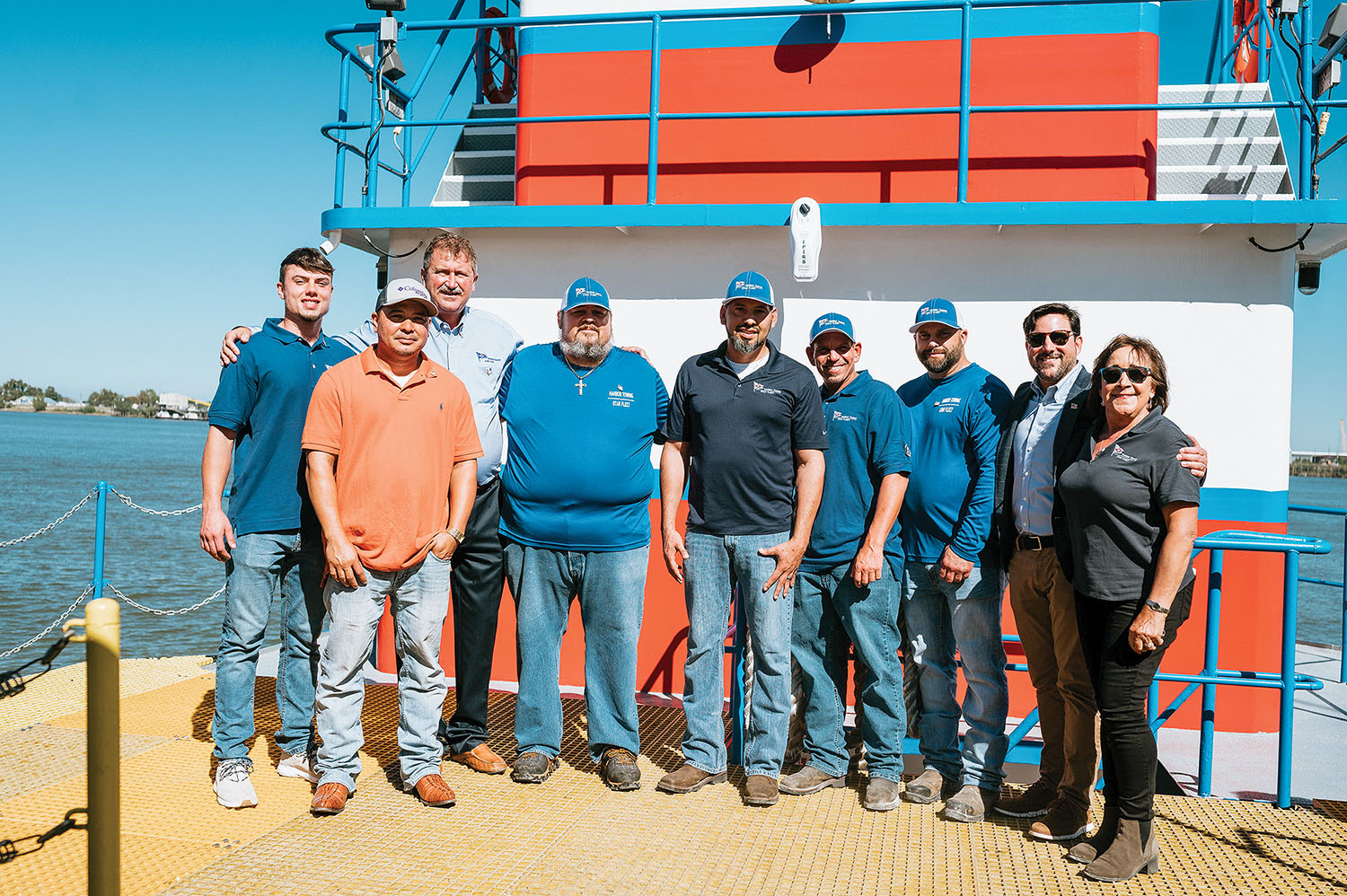 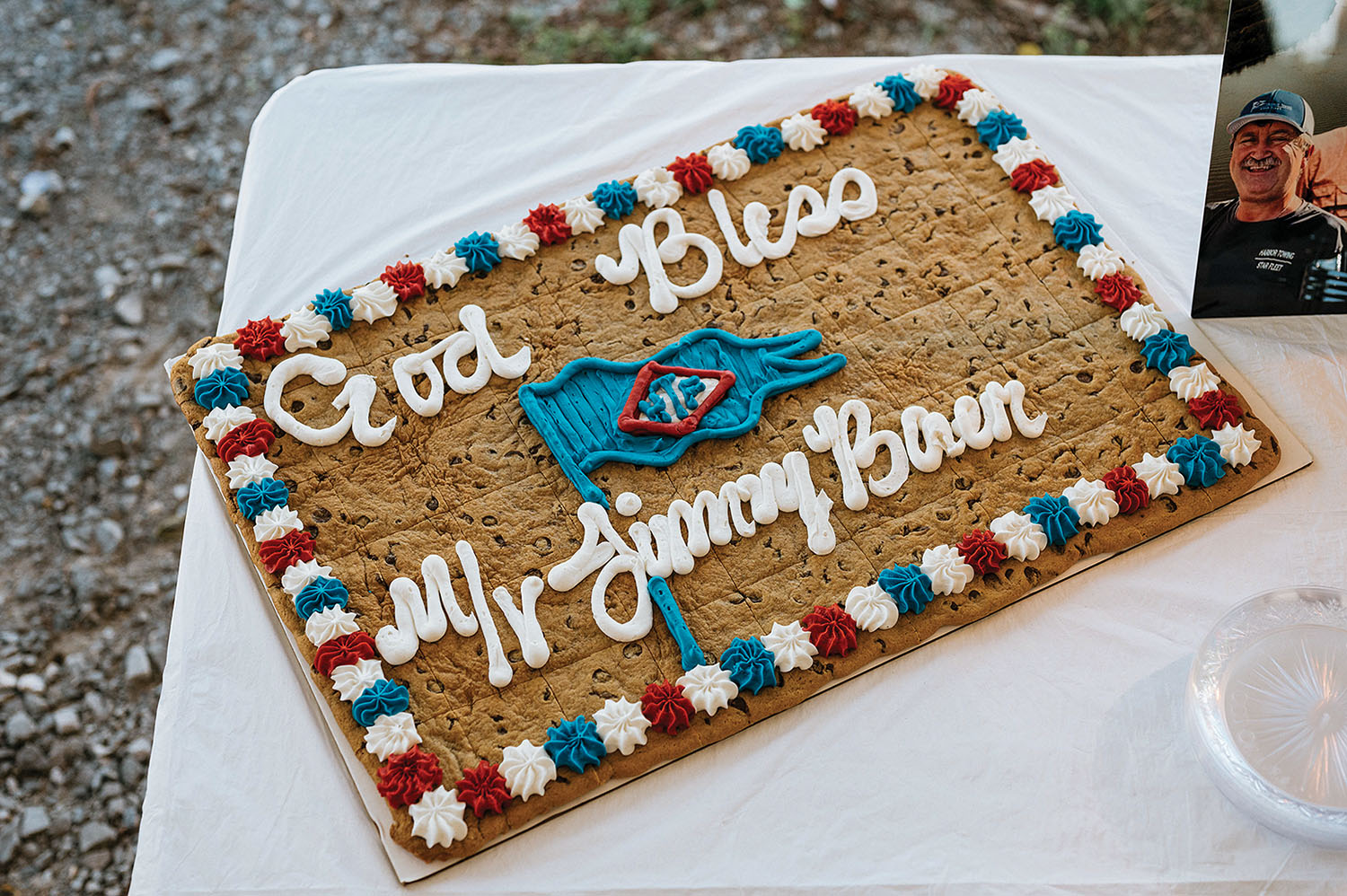 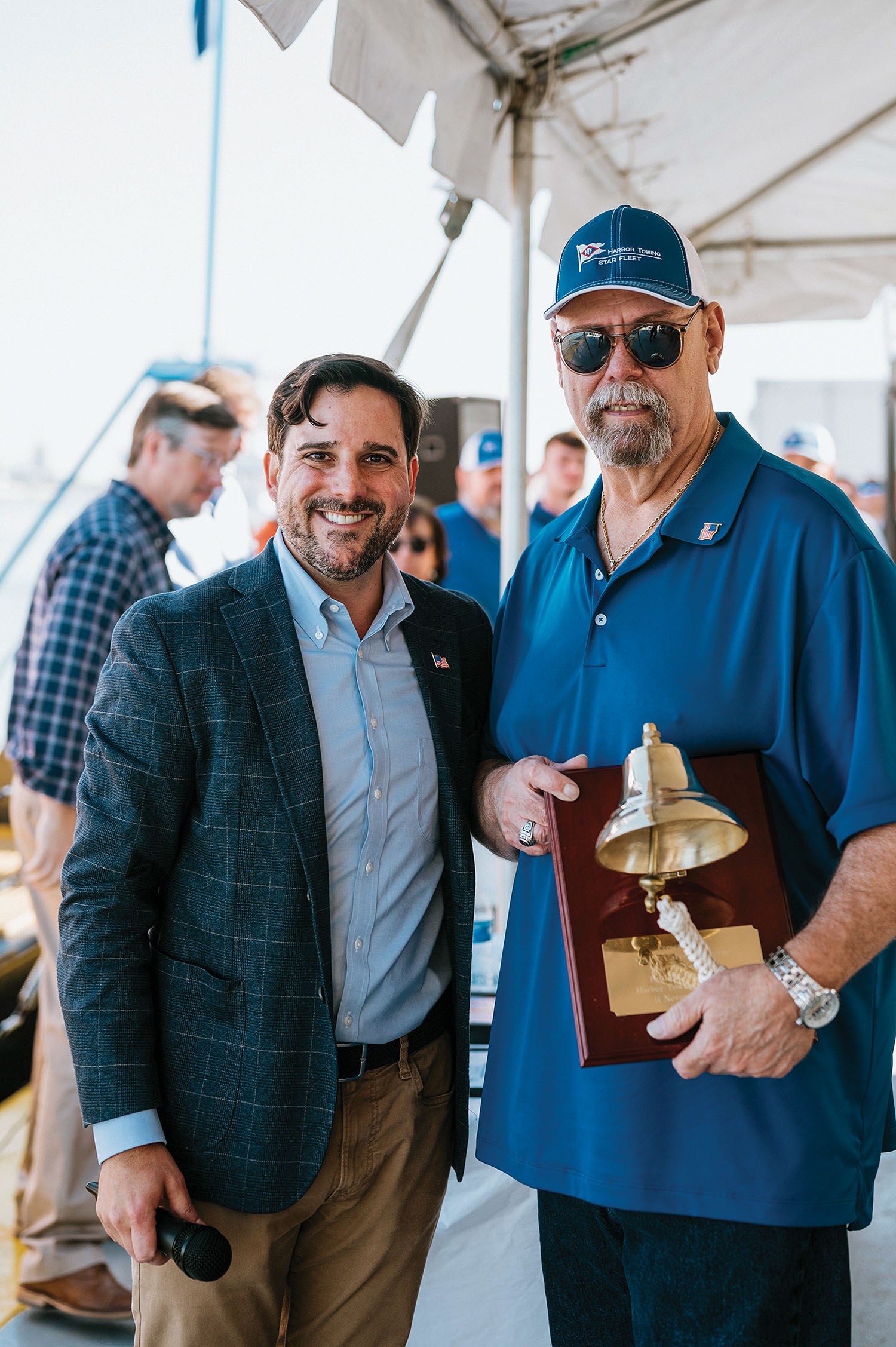 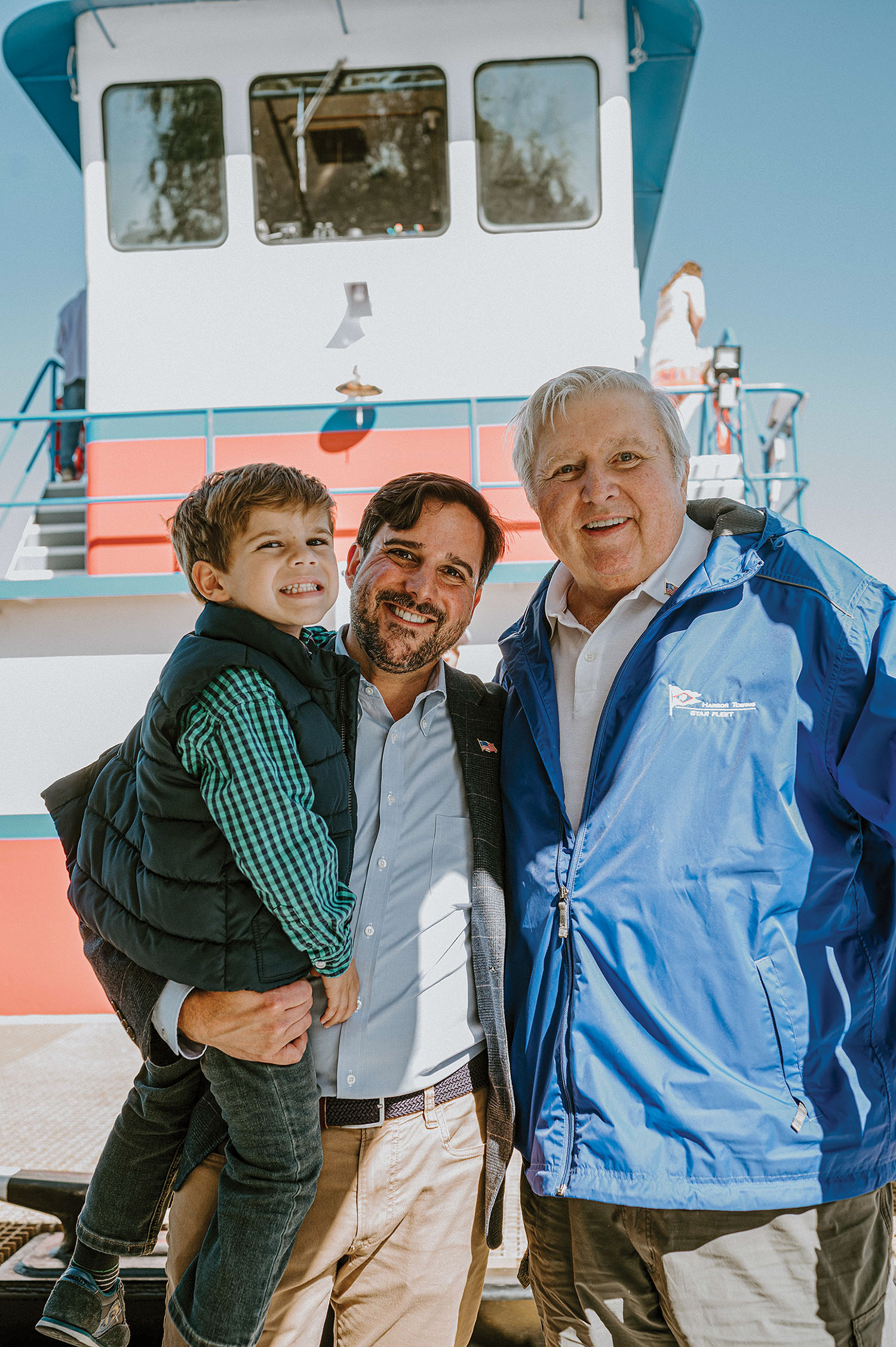 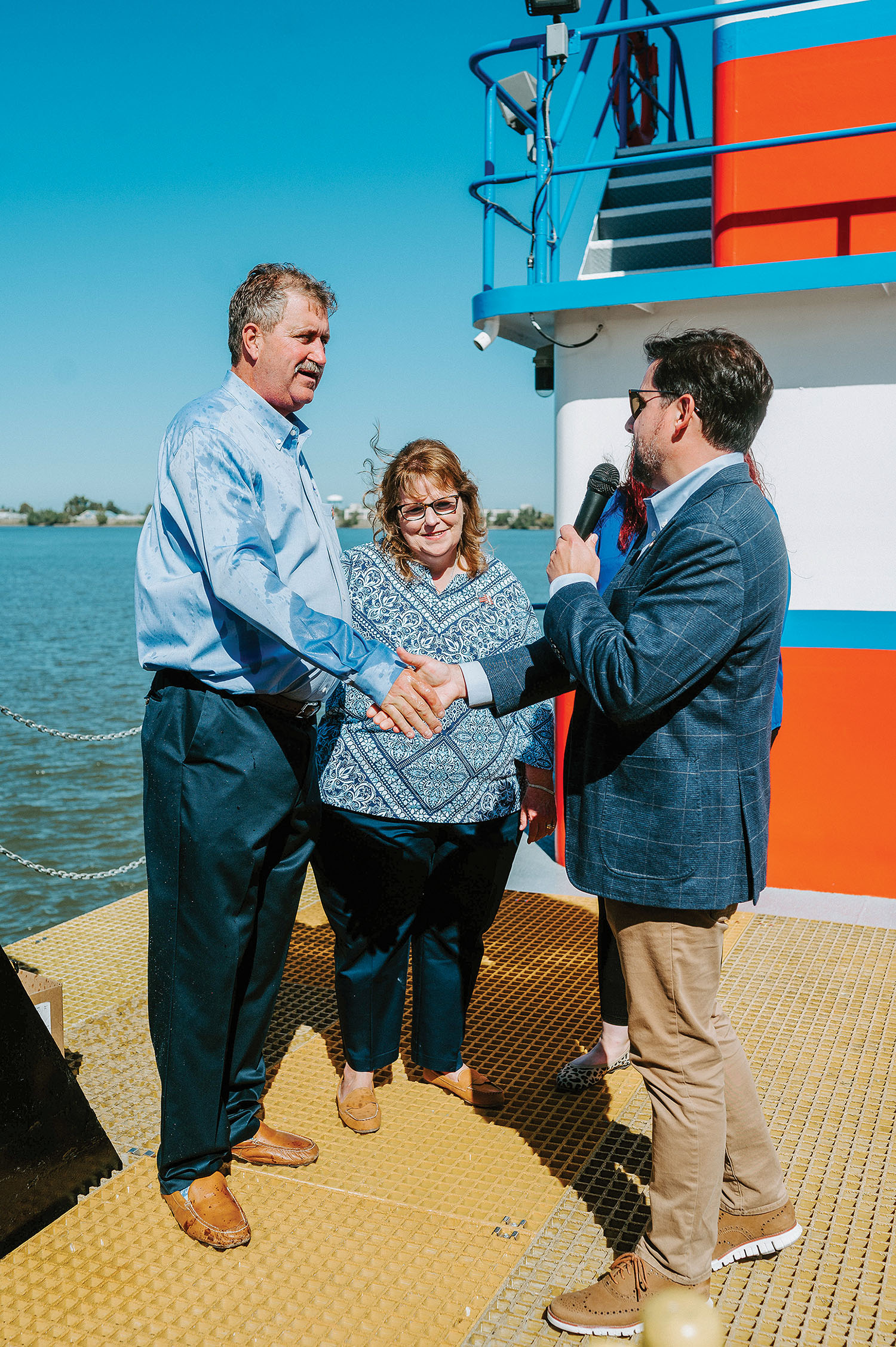 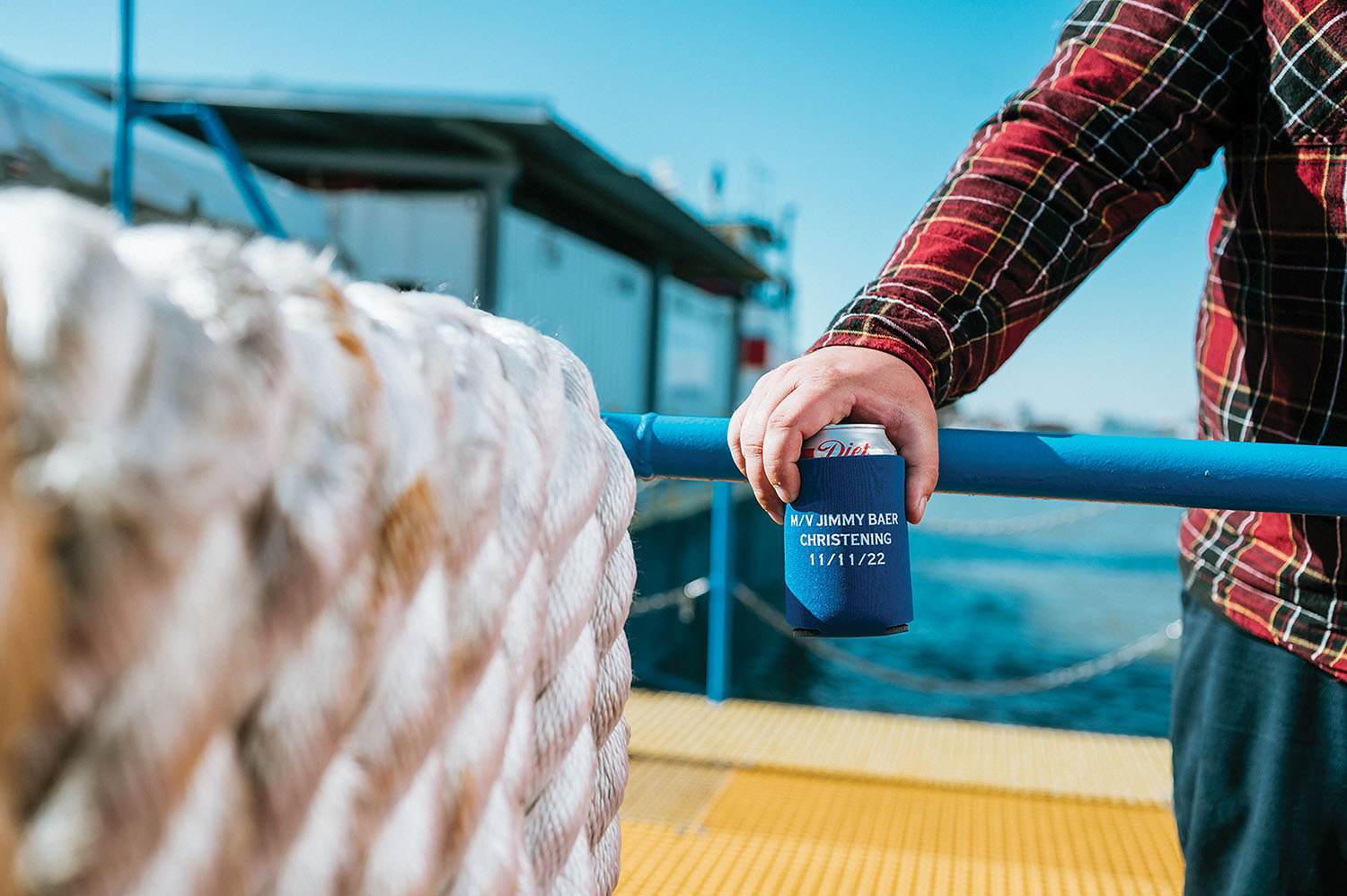