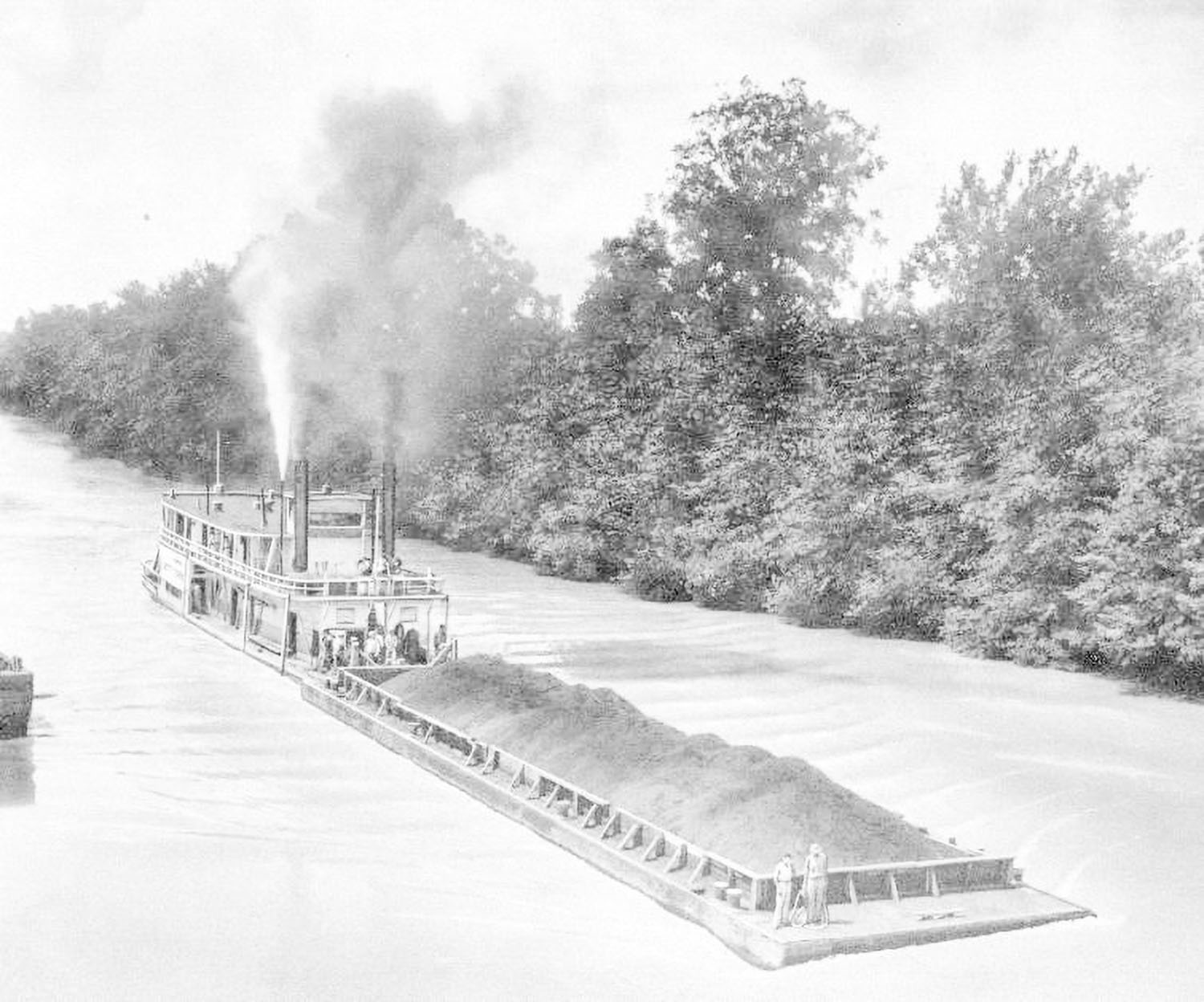 Continuing in the vein of last week’s column, we will look at another steamboat that was an early member of the Hines fleet. The sternwheel steamer Betty Turner was built at Paducah, Ky., in 1930. Neither Way’s Steam Towboat Directory nor the early editions of the Inland River Record carry much information on this boat. Way’s makes no mention of the builder while the 1946 IRR states that it was built by West Kentucky Coal Company. Both publications give the dimensions of the wood hull as 100 by 24 by 3.4 feet, and a horsepower rating of 210 with no further description of the machinery. They also only show it as owned by James R. Hines & Company, Bowling Green, Ky.

A check of the List of U.S. Merchant Vessels indicates the Betty Turner was first owned by Pine Bluff Sand & Gravel Company, Pine Bluff, Ark. Pine Bluff had a history dating back to 1913 when it began with one small boat. Following the great flood of 1927, the company did a great amount of structure recovery and construction work for the Corps of Engineers, and perhaps this business is what prompted the acquisition of the Betty Turner.

According to the List of Merchant Vessels, the boat remained with Pine Bluff for the next decade. By the 1941 edition of the List, it is finally shown as being owned by James R. Hines. This would indicate that it was purchased in roughly the same time frame that Hines had obtained the Queen of Dycusburg that was detailed in the last column. However, the Turner would seem to be much more of a vessel than the little Queen of Dycusburg, being some 35 feet longer, 3 feet wider and with 125 more horsepower than the smaller boat.

Hines utilized the Betty Turner in the same Green and Barren River trade that the Queen of Dycusburg was in. According to Way’s, during this time it carried the whistle from the packet Bowling Green. The Bowling Green had been built by Howards in 1904 and ran between Evansville, Ind., on the Ohio River to Bowling Green on the Barren River until it sank at South Carrollton, Ky., on the Green River the night of March 31, 1920. While the Dycusburg had somewhat appeared to be a caricature of a steamboat, the Turner looked every inch the part: well proportioned, with a pool-style pilothouse and twin stacks forward.

The Betty Turner was last listed in the 1947 edition of the Inland River Record, and the 1948 IRR shows it in the “Off the Record” section, indicating that it had been sold to Grover J. Marlen, Spottsville, Ky., and dismantled. This was the same timeframe in which the Queen of Dycusburg had been dismantled, and thereafter Hines would operate no more steam vessels. We will look at one of their first diesel-powered boats in a future column.

While the Betty Turner was dismantled in 1947, Barry Griffith, of Bowling Green, says that parts of the vessel were in the area for many years. Griffith, who is related to the Hines family, and whose father and paternal grandfather both worked for Hines, provided the photos for this column, one of which is of the Turner’s pilotwheel mounted near the entrance to the Hines terminal at Bowling Green. He also says that he had always been told that a duplex house that his family lived in when he was very young had been built using lumber from the Turner.