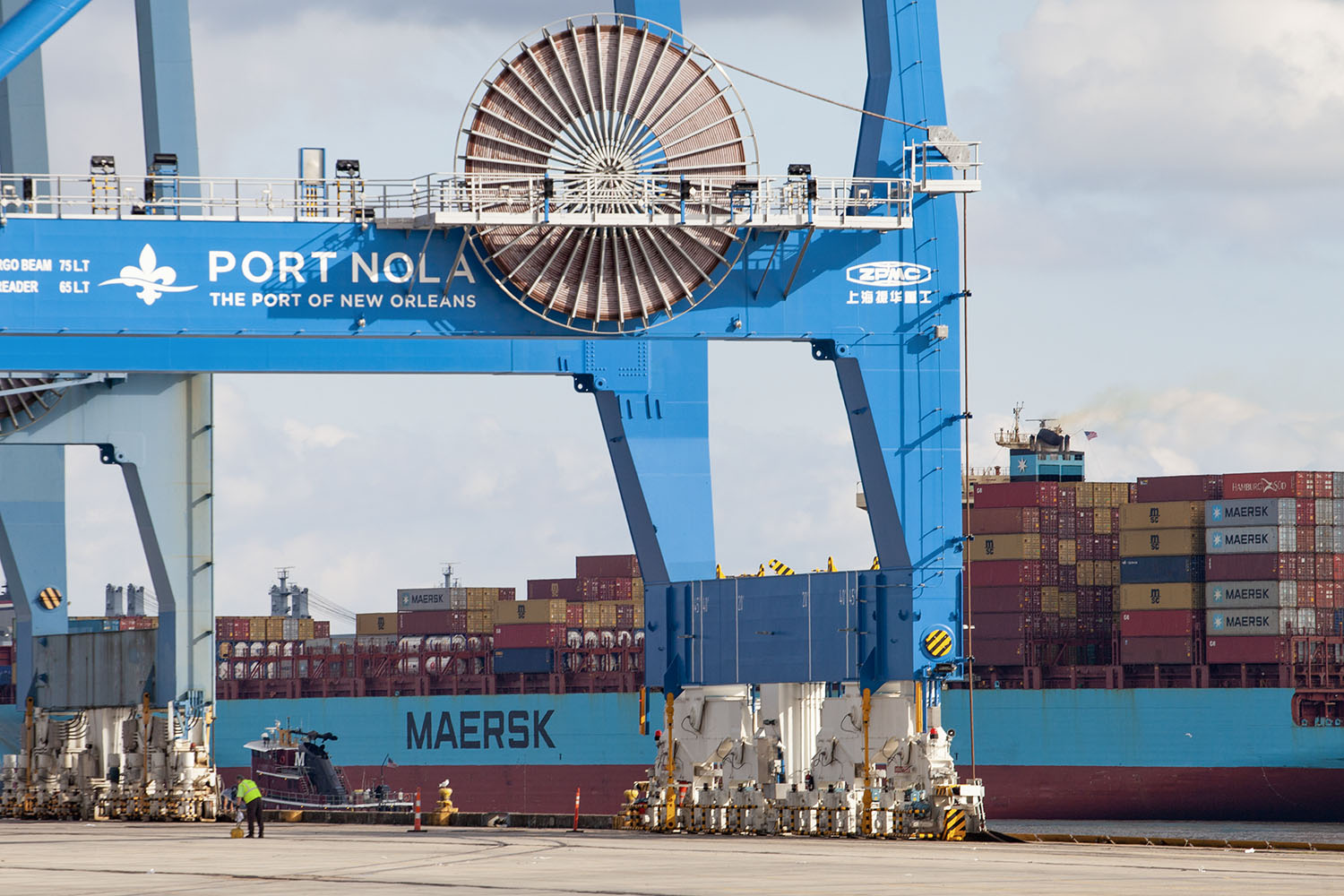 With the $800 million from Ports America and TiL, along with the Port of New Orleans’ own $500 million commitment to the project, the proposed container terminal to be located in Violet, La., has now garnered $1.3 billion of the estimated $1.8 billion needed for construction. The project is now in the design and permitting process, with start of construction slated for 2025 and the first berth coming online in 2028.

The announcement of the joint venture, which will also operate the terminal, marks a major win for the Port of New Orleans, which has long sought to build a new terminal downriver from the Crescent City Connection Bridge, the height of which limits the size of vessels that can call on the port’s Napoleon Avenue Container Terminal. It’s also a political win for New Orleans over Plaquemines Parish, which has been mulling plans to build its own container terminal some 40 river miles to the south. Neither Plaquemines Parish nor its now-former development partner, Louisiana 23 Development Company, have acquired the property for that project. In addition, one of Plaquemines Port’s initial partners, American Patriot Container Transport LLC, walked away from an exclusivity agreement last summer.

Reflecting on the New Orleans joint venture, Edwards said the project is poised to change the course of the state’s economy for years to come.

“The public-private partnership with the Port of New Orleans, TiL and Ports America has the potential to become one of the most impactful economic development projects in our state’s history,” Edwards said. “It leverages the economic power of our greatest natural resource—the Mississippi River—and enhances Louisiana’s ability to attract new investment from companies competing in the global marketplace.

“Access to global markets represents expanding opportunities for both urban and rural communities,” Edwards continued. “The powerful impact of this world-class logistics asset will benefit not only residents and businesses in south Louisiana. It will benefit advanced manufacturing, agribusiness and energy workers all across the state.”

Van Eyed pointed out that about two-thirds of the loaded containers handled in New Orleans are for export, which is an outlier among container terminals. That imbalance represents potential growth, he said.

“LIT will attract new container trades, providing access for local industry to cost-competitive shipping options,” he said. “The development of this facility cements TiL’s commitment to further strengthen American infrastructure, making Port NOLA accessible for larger vessels and increasing its throughput capacity in a sustainable way that will bring measurable benefits to the community.”

Van Eyed praised the port for its forward-looking actions to secure the property and begin designing a terminal that will be able to serve vessels without air gap restrictions. With the recently completed deepening of the Mississippi River through New Orleans to 50 feet, some of the largest container ships crisscrossing the globe will now be able to call on the Port of New Orleans.

Like the existing port facilities, LIT will be served by all six Class I railroads and have direct connections to the nation’s inland waterways via the Mississippi River and Gulf Intracoastal Waterway and the nation’s interstate system through I-10. The Louisiana legislature has already dedicated $50 million to studying and designing a new elevated highway that will connect the new terminal in St. Bernard Parish to the interstate and avoid putting truck traffic on local roadways. Traffic has been a point of concern for the local community, and St. Bernard Parish President Guy McGinnis and Louisiana Sen. Sharon Hewitt, who represents St. Bernard, were both on hand to support the project and commit to making the new highway a reality.

“The Louisiana International Terminal will enhance our state’s longstanding position as a leader in international trade,” Hewitt said. “One of the keys to success for this project is the construction of the St. Bernard Transportation Corridor, which will connect Lower St. Bernard to the interstate system to serve both the terminal and the public.”

Secretary of the Louisiana Department of Transportation Development Shawn Wilson said the terminal and road projects are both about recognizing the state’s natural resources and stewarding them in the best way possible for local communities, the state and the nation.

“We didn’t create that,” Wilson said, indicating the Mississippi River nearby. “Our God created that,and he blessed us with that position.”

“Poultry is one of the largest agricultural enterprises in Louisiana, contributing over $1 billion to the state’s economy,” said Louisiana Department of Agriculture and Forestry Commissioner Mike Strain. “This project will only further the success of Louisiana agriculture exporters and the many projects they have to offer the global market.”

Port NOLA expects the facility to be fully built-out by 2031. At full build-out and full use, the Louisiana International Terminal will have an annual container throughput capacity of 2 million TEUs. The port expects the remaining $500 million to come from a combination of port, state and federal funding resources.