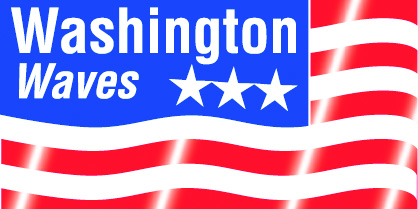 Washington, D.C.—President Joe Biden and House Republican leaders drew their lines in the sand over raising the debt limit as the U.S. was projected to reach its approximately $31.381 trillion limit on borrowing.

Republicans want spending cuts to be part of any agreement to boost the statutory debt limit.

“I’d like to sit down with all the leaders, especially with the president, and start having discussions,” House Speaker Kevin McCarthy (R-Calif.) said.

Biden has made it clear he will not negotiate on whether the U.S. should pay its bills.

“There will not be any negotiations over the debt ceiling. We will not do that,” White House press secretary Karine Jean-Pierre told reporters.

In a letter to congressional leaders, Treasury Secretary Janet Yellen said beginning Thursday the outstanding debt of the U.S. would be projected to reach its statutory limit.

Yellen then outlined the “extraordinary measures” that would be taken to prevent the U.S. from defaulting on its obligations.

Unable to provide a specific timeline, she said it was unlikely the cash and extraordinary measures would be exhausted before early June.

Although months away, the business community is already expressing concern.

“When you think about the implications from defaulting on the debt, something that’s never occurred in our entire history, you’re talking about wiping out the very underpinnings of the U.S. economy,” Neil Bradley, executive vice president of the U.S. Chamber of Commerce, said on PBS.

The Coast Guard announced the withdrawal of a rule proposed in 2015 entitled “Commercial Diving Operations.”

“We are taking this action because there have been changes in the industry since we published the NPRM in 2015, including new standards and technologies,” the Coast Guard stated in the Federal Register.

“We have concluded that the rule we proposed in 2015 is no longer appropriate in light of those changes.”

According to the Coast Guard, the intent of the proposed rulemaking was to amend the regulations for commercial diving conducted from deep water ports or deep water port safety zones, in connection with Outer Continental Shelf activities, or from vessels that are required to have a Coast Guard certificate of inspection.

Amendments to the regulations were to improve the safety of people and property involved in commercial diving operations and to protect the environment in which they operate, the Coast Guard explained, adding it may develop new rulemaking proposals in the future.

For additional information, contact Kenneth Smith at 202-372-1413 or Ken.A.Smith@uscg.mil.

The Biden administration published its final rule on defining the Waters of the United States (WOTUS) in the Federal Register, starting the official 60-day clock on the rule’s effective date.

In announcing the much-anticipated final rule, the Environmental Protection Agency, which took the lead along with the U.S. Army Corps of Engineers, said it would establish a durable WOTUS definition after years of legal challenges and controversy.

Critics quickly predicted it would do just the opposite.

For additional information, contact Whitney Beck of the EPA at 202-564-2281 or CWAwotus@epa.gov and Stacey Jensen of the Department of the Army at 703-459-6026 or usarmy.pentagon.hqda-asa-cw.mbx.asa-cw-reporting@army.mil.

The Coast Guard extended the comment period to a full 30 days for a draft report of an Approaches to Maine, New Hampshire, and Massachusetts Port Access Route Study (MNMPARS) due to an error in the original announcement.

Now comments and related material must be received by February 13 and may be submitted using http://www.regulations.gov and identified by docket number USCG– 2022–0047.

According to the Coast Guard, recommendations of the MNMPARS study may lead to future rulemakings or appropriate international agreements.

The meeting of the Great Lakes Pilotage Advisory Committee scheduled for February 8 has been canceled.

The committee acts solely in an advisory capacity to the secretary of the Department of Homeland Security through the commandant of the Coast Guard and the director of Marine Transportation Systems on matters relating to Great Lakes Pilotage.

For additional information, contact Frank Levesque at 571-308-4941 or Francis.R.Levesque@uscg.mil.