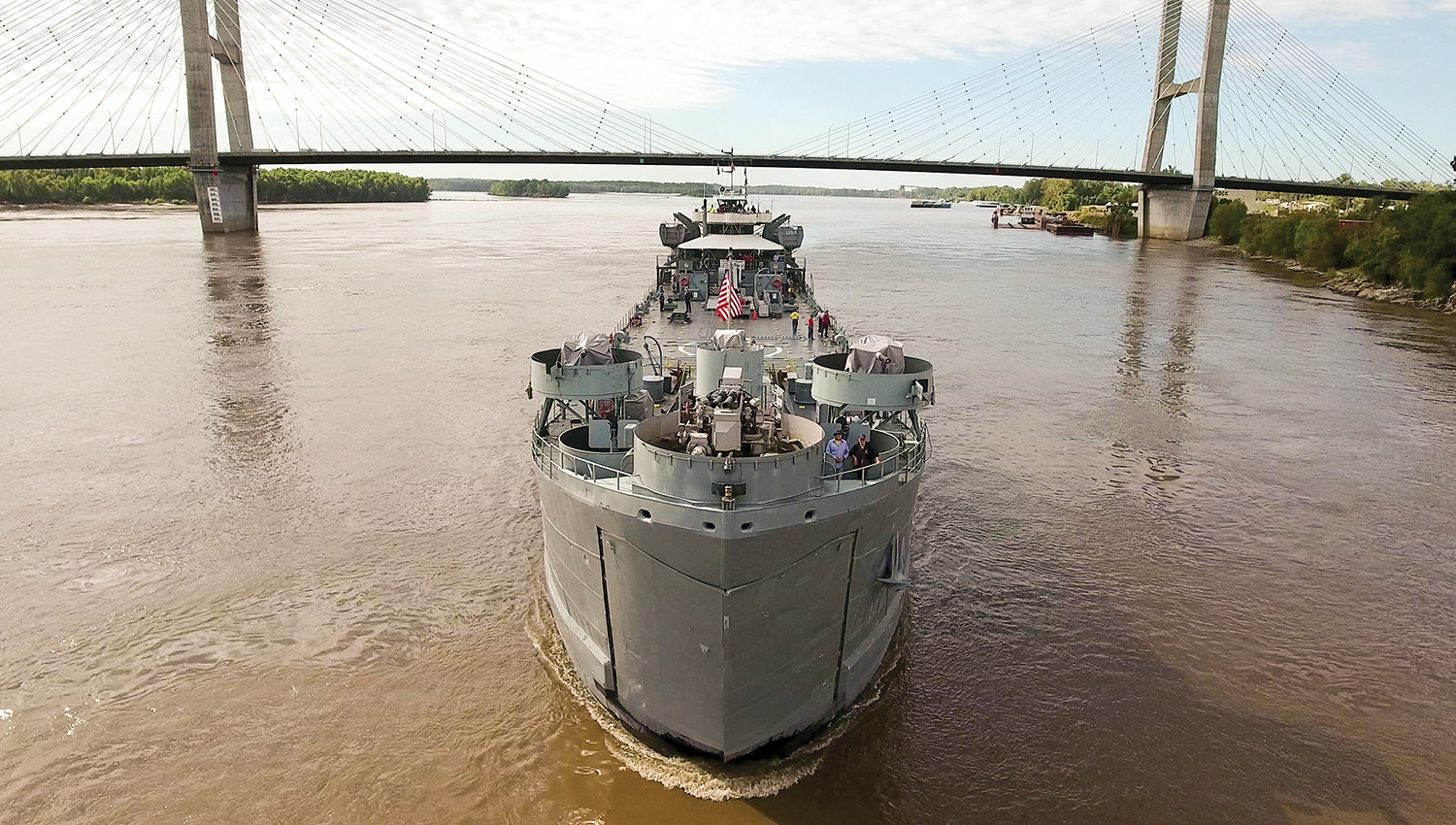 The USS LST 325, a restored World War II landing ship docked in Evansville, Ind., will make its way to Iowa and Illinois for public tours this summer. The war ship’s first stop will be Dubuque, Iowa, August 23-27, followed by Bettendorf, Iowa, August 30 through September 3, and Chester, Ill., September 7-9.

The ship will be open from 9 a.m. to 5 p.m., daily during its summer tour. Tickets, available the day of the tour, will cost $10 per adult and $5 per child from ages 6-17. WWII veterans and children under 5 years old are free.

The LST 325 has been fully restored and is operated by the USS LST Ship Memorial. It sails the inland rivers to visit cities once a year, according to the memorial. When the vessel isn’t sailing, it is docked in Evansville, the city that produced 167 dedicated LSTs during WWII.

The LST Ship Memorial organization said that volunteers from around the country descend to Evansville each year to work on the ship and keep the 75-year-old vessel in operation.

The war ship was built in Philadelphia, Pa., and launched on October 27, 1942. The Navy commissioned the vessel in 1943 shortly before it served in the invasion of Sicily and Salerno, Italy, where it took part in training exercises in the English Channel during the build up to Operation Overlord—the codename for the Battle of Normandy.

The LST 325 took part in the Battle of Normandy, where it offloaded its first troop and equipment at Omaha Beach in France. The ship would make more than 40 trips across the English Channel following the invasion to bring men and equipment into the country and wounded soldiers and prisoners back to England, according to the memorial.

After WWII, the ship was used by the Military Sea Transportation Service to bring equipment and personnel up to the Arctic to build radar outposts. In 1964, the memorial said the ship was transferred to the Greek Navy and renamed the Syros (L 144). The ship spent 30 years with the Greek Navy until a group of LST veterans found it, obtained an Act of Congress and worked on the ship for several months. The memorial said the LST sailed from Greece to Mobile, Ala., where it arrived in January 2001.