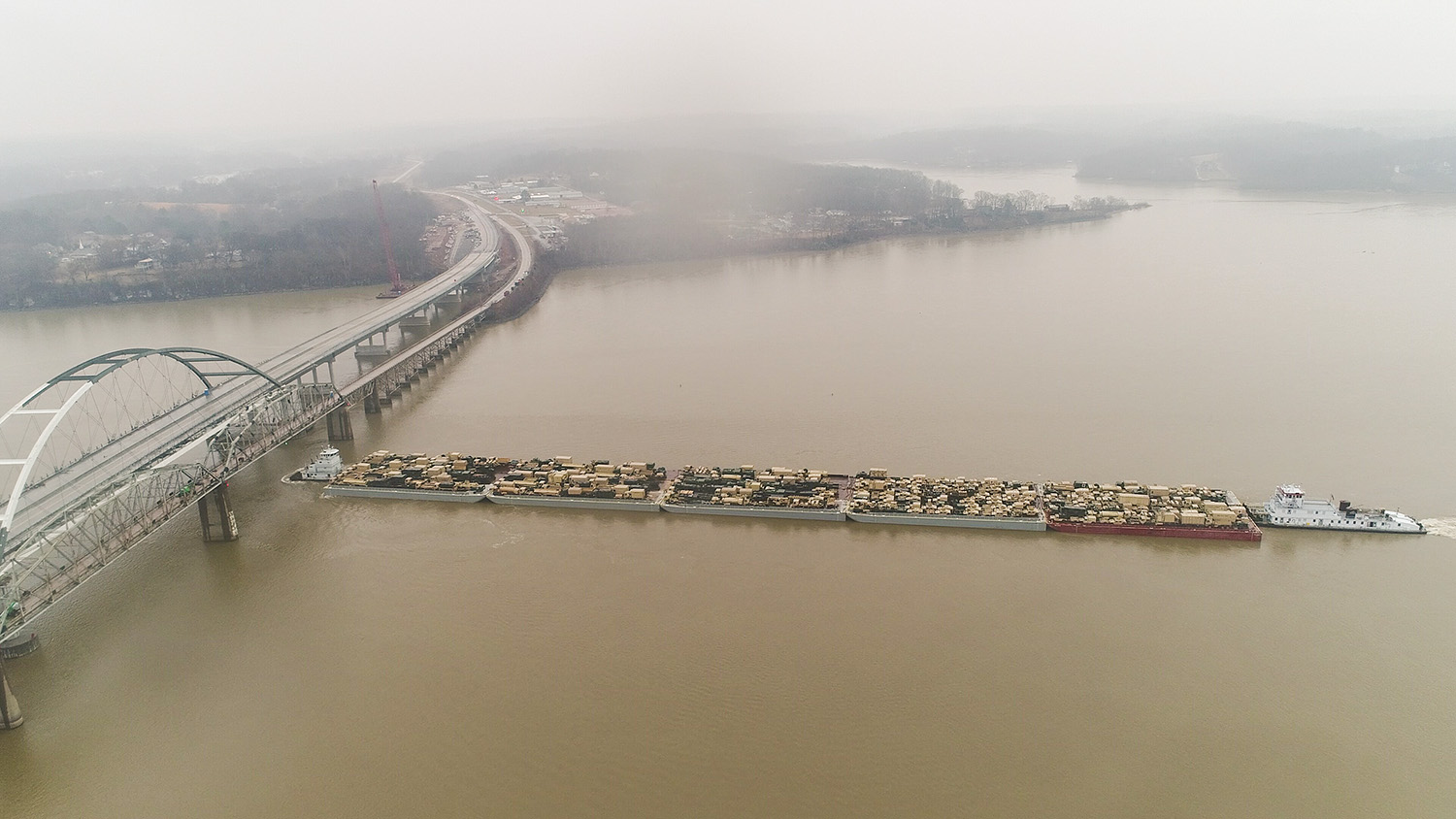 A total of 780 military vehicles on 30 barges pushed by two towboats and an assist boat departed Fort Campbell, located at Clarksville, Tenn., February 12. The assortment of trucks was bound for another Army installation, Fort Polk, situated at Alexandria, La., for maneuvers.

The project was planned and carried out by Ceres Consulting LLC, E. St. Louis, Ill., which was able to put the successful bid together in 1-1/2 working days and had the barges assigned and delivered to Clarksville in less than a week, said Vince Schu, project manager. “But because the Cumberland River was flooding,” he said, “we had to come up with a new loading plan to meet the Army’s schedule. They never stop, you know, so we had to make some quick adjustments.

“Within six hours, we found a safe and solid solution that allowed us to start loading by 1:30. Four hours later, we had over 300 vehicles safely loaded and ready for the next day.”

When the tow reached Natchez, Miss., Vidalia Dock & Storage assisted in splitting up the flotillas into five 6-barge tows and provided extra horsepower to navigate the Red River, Schu said. The flotilla was scheduled to arrive at Alexandria on the evening of the 25th, with unloading to take place the following day.

What gave Ceres the opportunity to bid on the movement was the fact that the rail line at Fort Polk is under repair. The Army is very pleased so far with the movement by barge, Schu said, quoting a high-ranking officer as saying the project has “exceeded our expectations.”

The maneuvers are expected to last three weeks, at which time the vehicles will be transported back to Fort Campbell via the river, Schu said.