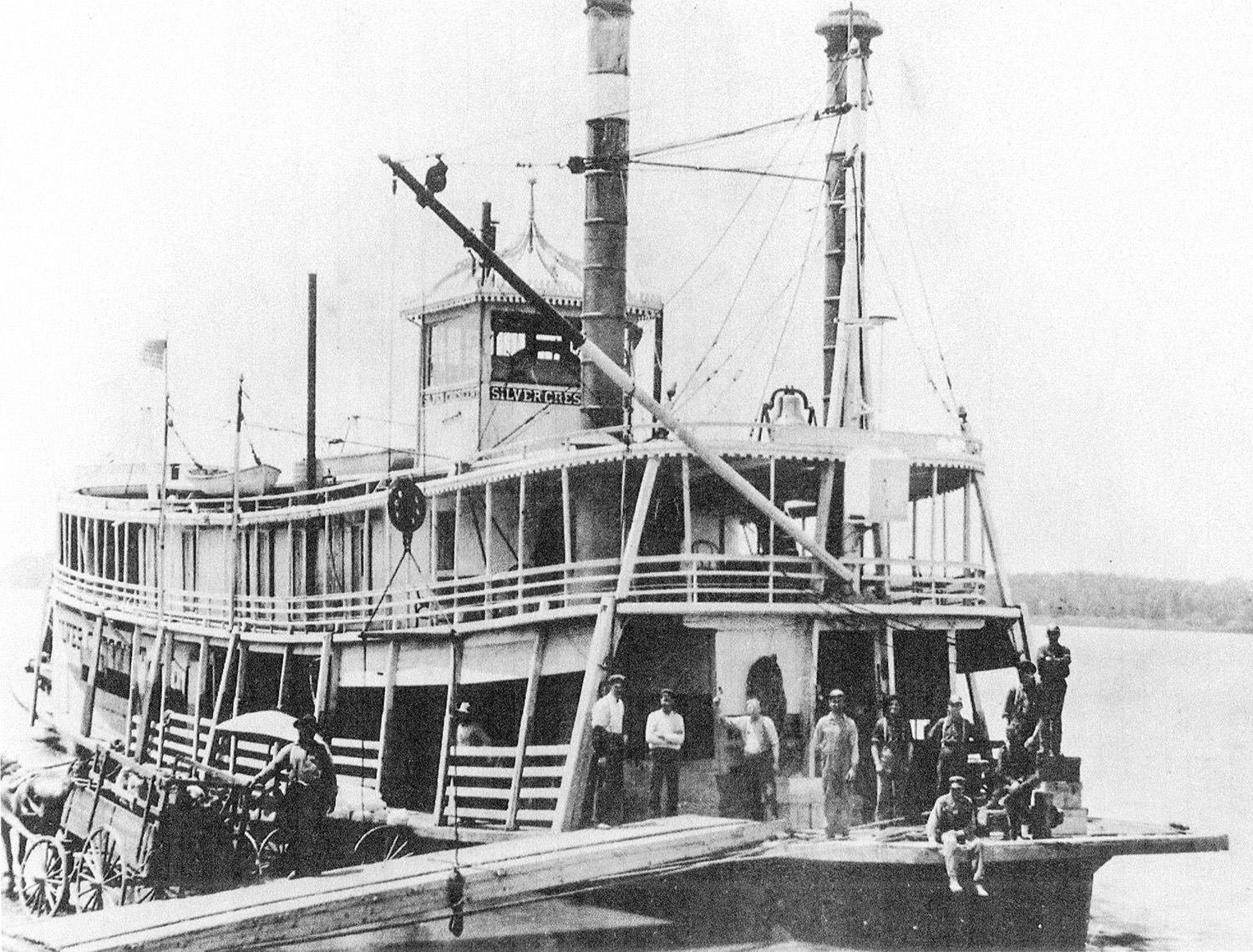 Originally a rafter, the Silver Crescent was built at Clinton, Iowa, in 1882. Constructed on a wooden hull that measured 123.3 feet in length by 22.9 feet in width, the boat had two boilers that supplied steam to the recycled engines (14-inch cylinders with 4.5-foot stroke) from the towboat Park Painter, built in 1868.

The sternwheeler was purchased in 1892 by Capt. Walter Blair, owner of the Carnival City Packet Company, to run in the Davenport-Burlington trade. During its first season of operation under Blair’s ownership, the vessel paid a 5 percent dividend.

By 1895, the riverboat was replaced in the trade by the W.J. Young Jr., with the Silver Crescent going to the Keokuk–Quincy trade; Capt. S.R. Dodds served as both master and purser. The boat continued in this trade until 1908, when it was replaced by the Keokuk.

The steamboat was dismantled at Winona, Minn., during the spring of 1909. Later that year, the remains of the riverboat (mainly the cabin and machinery) were rebuilt at Wabasha, Minn., enlarging the hull to 135 by 27.5 feet. The packet, named Black Hawk, operated in the Davenport-Burlington and Burlington-Quincy trades.

During the early winter of 1918, the Black Hawk was taken to Paducah, Ky., to be moored in the safety of the Duck’s Nest near the mouth of the Tennessee River. On the night of January 29, the steamboat was a victim of the horrific ice gorge that crushed the Eagle Packet Company fleet and a number of other vessels. Some weeks afterward, a fisherman at the mouth of the Red River found a life preserver from the Black Hawk, the only piece of the doomed boat that was ever located.

All of these plans have been thoroughly researched to provide accurate drawings of the vessels they represent. Some are prints of the actual builder’s plans of the full-size boats. Fryant can also provide photos, illustrations and historical data concerning any of the listed vessels.

For further information and to receive the catalog (via email) contact Fryant at jnoboat@aol.com.

Recently this writer requested information concerning the 2017 fire aboard the derelict sternwheeler Mamie S. Barrett, which has been beached in the cutoff at Deer Park, La., since the early 1990s. Reportedly, during high water, the Mamie floated into some power lines, resulting in the blaze that destroyed the wooden upper works (cabin deck and pilothouse) of the 1921 Howard-built towboat. The steel hull and main deck remain intact.