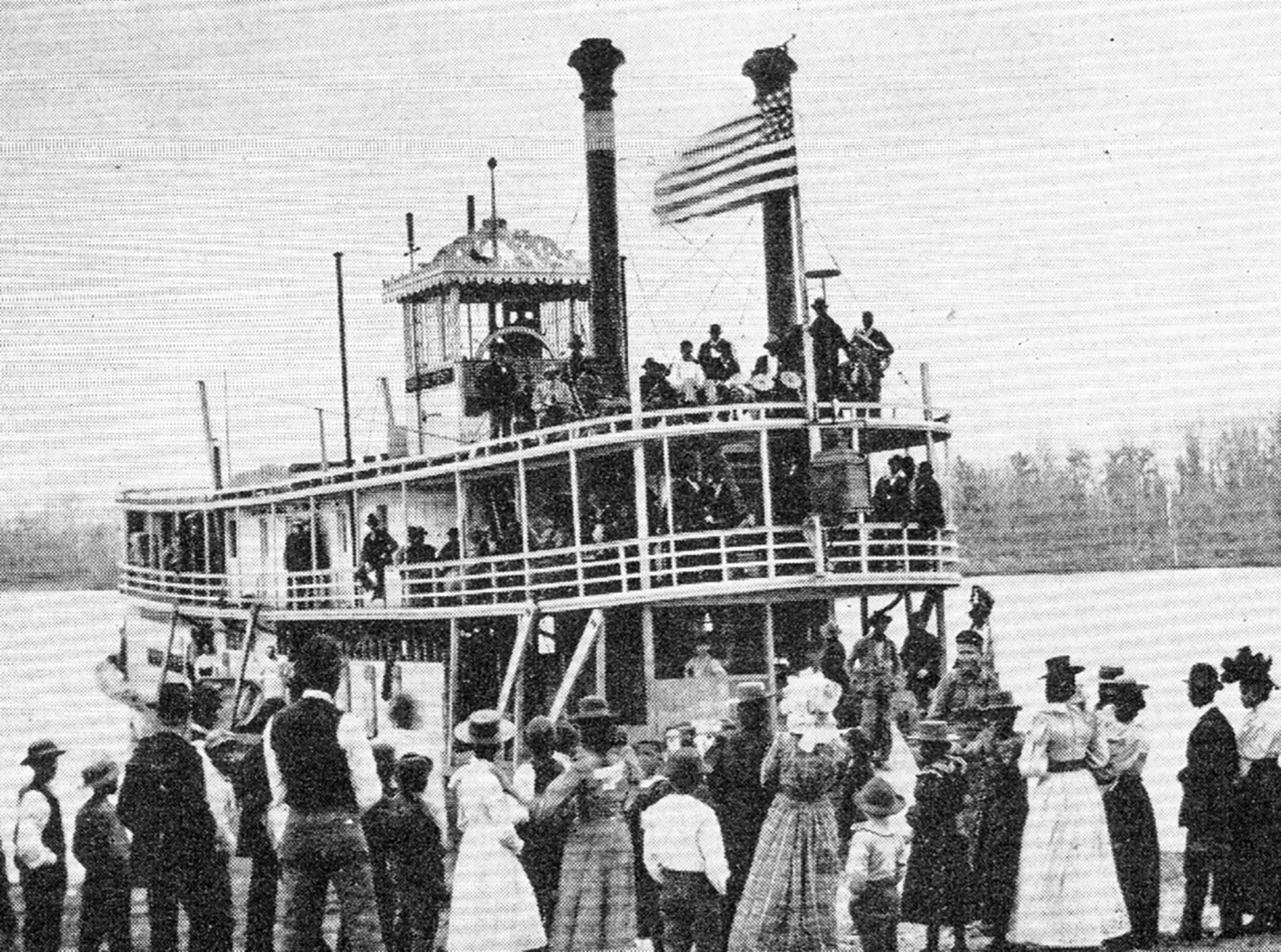 Built at Stillwater, Minn., for Capt. John Kent in 1897, the sternwheeler Gracie Kent was constructed by George Muller on a wooden hull measuring 111 feet in length by 20 feet in width.

The Muller boat yard was founded in 1872 by brothers George and John Muller. Their father, Philip, had settled at Stillwater after traveling from Pennsylvania in 1855. George Muller became sole owner of the boat works on November 10, 1880, after buying his brother’s interest. Throughout the next 30 years, the Muller firm built some 30 steamboats, among them the Columbia and Borealis Rex. George Muller retired at age 80 in 1933, at which time his sons, Roy and George A., took over the business.

According to records kept by Capt. George B. Merrick, the 74-ton Gracie Kent had machinery recycled from the dismantled steamers Mike Davis and George Hayes. Originally, steam was supplied by only one boiler to engines having 8-inch cylinders and a 2-1/2-foot stroke. A second boiler was added, and eventually a third, as well as replacement engines with 12-inch cylinders and a 4-foot stroke.

Operated by the Interstate Navigation Company in trades on the St. Croix River, the boat ventured to New Orleans with a cargo of apples and potatoes in November of 1897. The riverboat ran only one season on the St. Croix until it was sold by Capt. Kent during the winter of 1898 to Capt. W.S. Cory of New Orleans.

The Burnside & Donaldsonville Packet Company operated the vessel in 1899, and it was during this time that the two additional boilers were installed. For the third time, the engines were replaced with new Swain engines having 10-inch cylinders and a 6-foot stroke. Capt. Oscar Blanchard purchased the vessel in 1908 and ran the Kent as a log boat.

In 1908, the home port for the Gracie Kent was registered as being at Brashear, La. On April 23, 1908 (110 years ago today), the steamboat struck a submerged obstruction on Bayou Teche, near Baldwin, La., and sank in less than a minute in 11 feet of water; one deckhand was drowned.

The riverboat was dismantled and the engines were salvaged for use on the towboat Patricia, operated by the firm of J.N. Pharr & Sons, of Patterson, La.

The Missouri Historical Society, St. Louis, has announced plans for a major exhibition entitled “The Mighty Mississippi,” slated to open in April 2019. Through a mix of historic artifacts, images and media, the exhibits will trace the grace and grandeur of America’s greatest river from dugouts to the modern towboats of today.

Of particular interest to this writer is the welcome news that the pilothouse of the steamer Golden Eagle will be restored and included in the display.