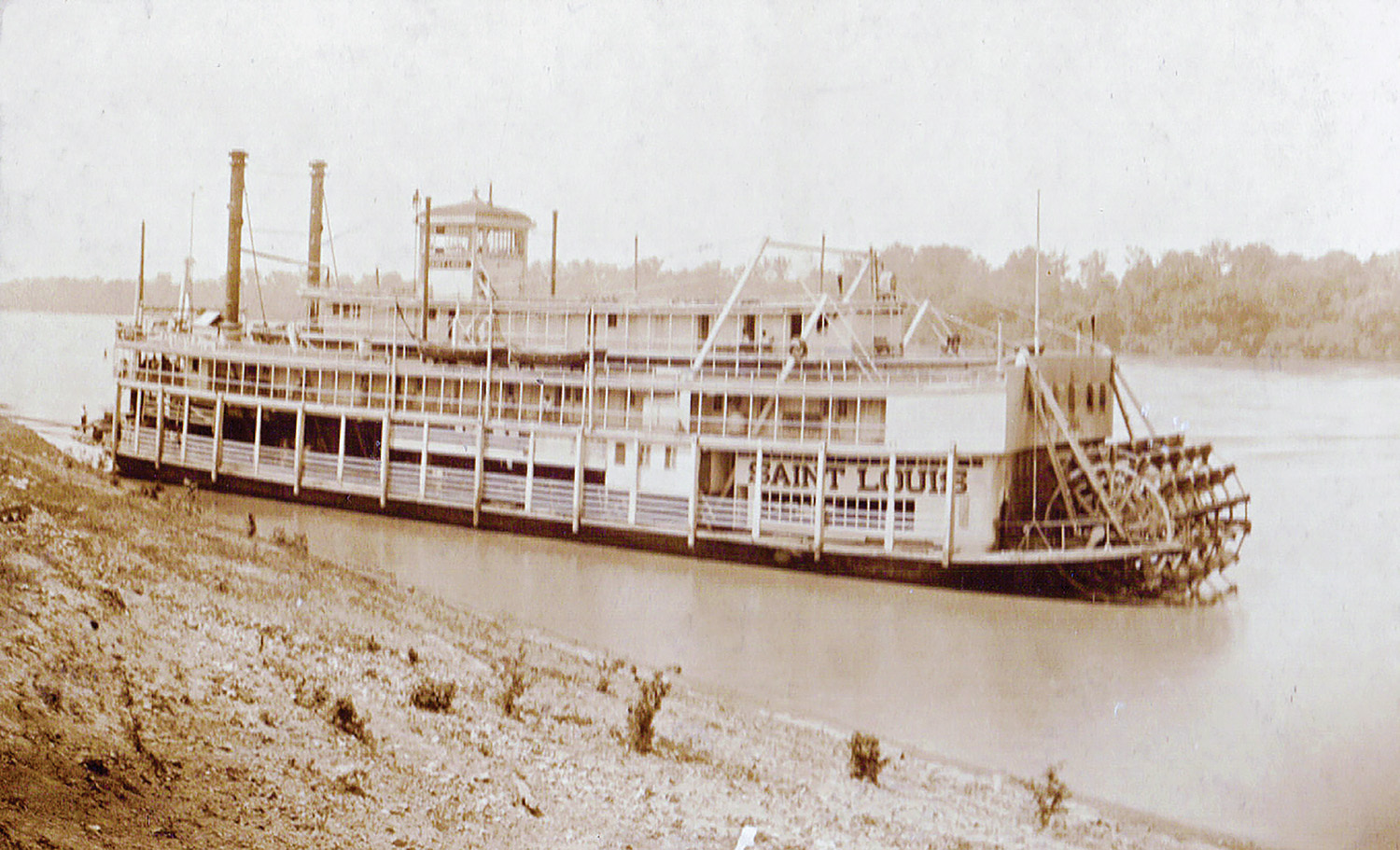 In honor this week of the fifth anniversary of the WJ’s Inland Marine Expo, the Old Boat Column pays homage to one of many steamboats that carried the name of the host city.

At a January 19, 1912, board meeting of the St. Louis & Tennessee River Packet Company, it was announced by Capt. John Massengale that the firm had contracted with the Howard Shipyard at Jeffersonville, Ind., to build a new sternwheeler, costing $21,950, and that the riverboat, capable of carrying 180 passengers and 1,000 tons of freight, would be named Saint Louis.

The vessel had its trial trip on November 24, departing from the shipyard the next day for Paducah and reaching that city on the 27th. Because ice was beginning to form on the Mississippi, the owners did not want to take any risks with their fine new steamboat and placed it into winter quarters at the Duck’s Nest, where it would safely remain until spring. The Saint Louis departed Paducah on February 22 and arrived in St. Louis on the 24th.

Inasmuch as this was the first vessel in some years to bear the name of the city, a gala christening ceremony was several months in the planning. The event was sponsored by the Businessmen’s League, Merchants Exchange, Million Population Club and other civic and business organizations. The festivities took place on the afternoon of March 9, with 150 invited guests aboard the boat and 1,000 people watching from the levee.

Two bottles of wine (made in St. Louis) were used to christen the riverboat by Miss Julia Bates, who broke the bottle over the prow. The ensuing applause and roar of the crowd so excited Bates that she immediately grabbed the second bottle and smashed it as well.

An American flag was presented to Capt. Massengale, who had it immediately hoisted to the top of the flagpole at the stern. A small cannon, placed on the roof of the boat, fired a salute and the whistles of all the boats in the harbor joined in a festive barrage. With great drama, the lines were let go and the beautifully decorated boat backed gracefully away from the wharf and turned downstream toward Jefferson Barracks. After taking the guests on an hour-long excursion, the riverboat returned to the levee and completed loading for an evening departure on its maiden voyage to the Tennessee River.

The steamboat left its namesake city on April 2 with 200 soldiers going to Shiloh and returned on April 11 with its main deck loaded with a cargo of peanuts. The boat again departed April 14 with its full capacity of passengers and the lower deck full of buggies, made by the famous Banner Buggy Company of St. Louis.

The Saint Louis was constructed upon a wooden hull measuring 210 feet in length by 37 feet in width.

Noted as having “nice and roomy” accommodations, and of being profitable, the successful 6-year-old steamboat survived the catastrophic ice gorge of January 1918, but was snagged and sunk, a total loss, at Sulphur Springs, Mo., some 22 miles below St. Louis on September 2 of that year.