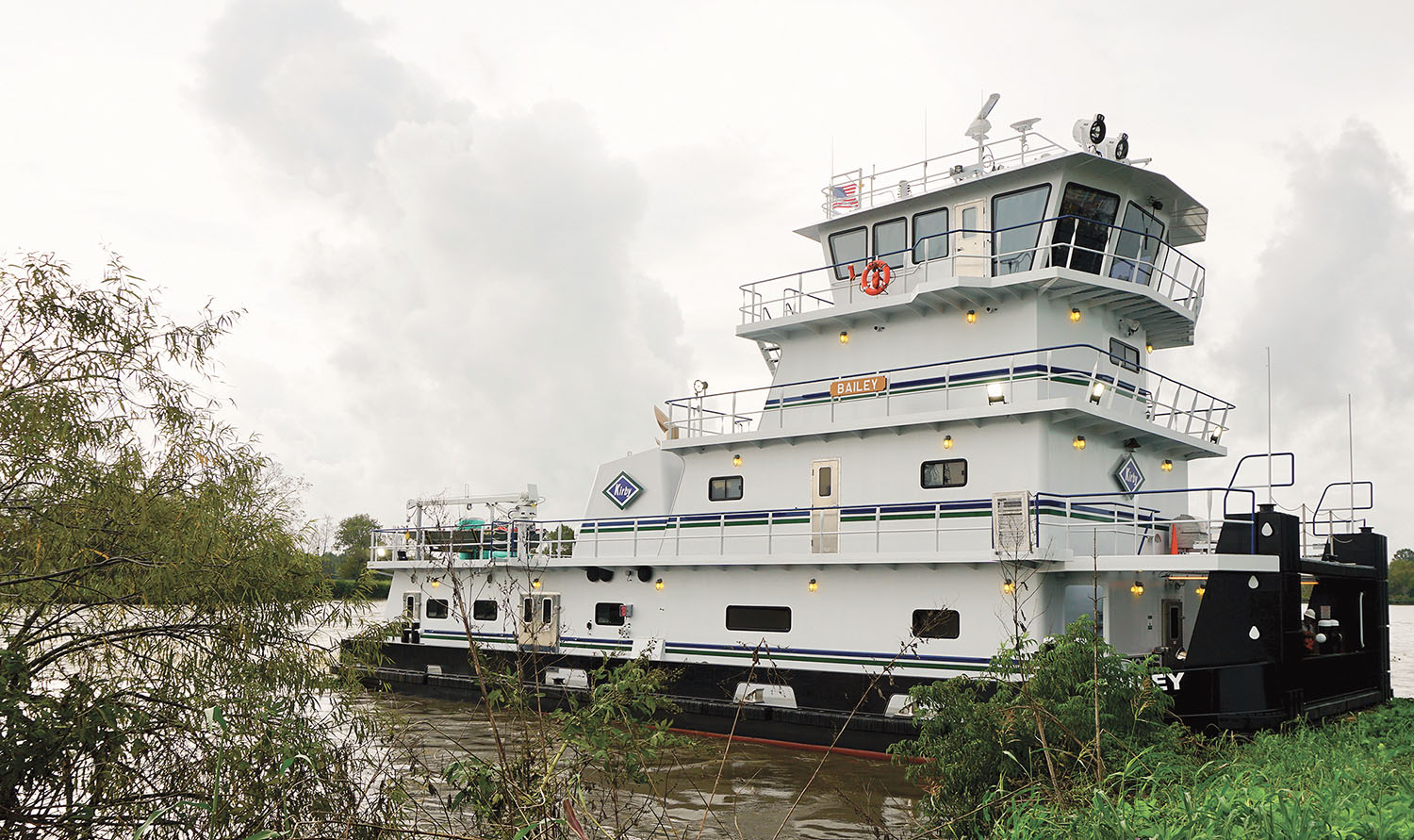 Main Iron Works owner Arlen “Benny” Cenac Jr. recently announced completion of the first of three 2,680 hp. towboats the shipyard is building for Kirby Inland Marine. The vessel, named the mv. Bailey, is a Sterling Marine design and measures 88 feet by 35 feet, with a molded depth of 12 feet 2 inches and a draft of 9 feet.

Cenac expressed thanks for the partnership between Main Iron Works and Kirby, particularly for the impact it has in the Houma, La., community.

“In this economy, it is important to keep industry jobs on a local level, and Cenac Marine and Main Iron Works are honored to have a part in that,” Cenac said.

The vessel has accommodations for a crew of eight.

“It is a pleasure working with Main Iron Works on the construction of one of the first Subchapter M towboats being built,” Kirby Inland Marine Senior Vice President of Maintenance John Sansing said in a statement. “We appreciate Main Iron Works’ professionalism and work ethic.”

Kirby Inland Marine operates close to 1,000 tank barges and more than 300 towboats on the nation’s inland waterways, transporting petrochemicals, refined products, oil products and liquid fertilizers. The company operates on the Gulf Intracoastal Waterway and the Mississippi, Illinois and Ohio rivers, as well as other smaller waterways.