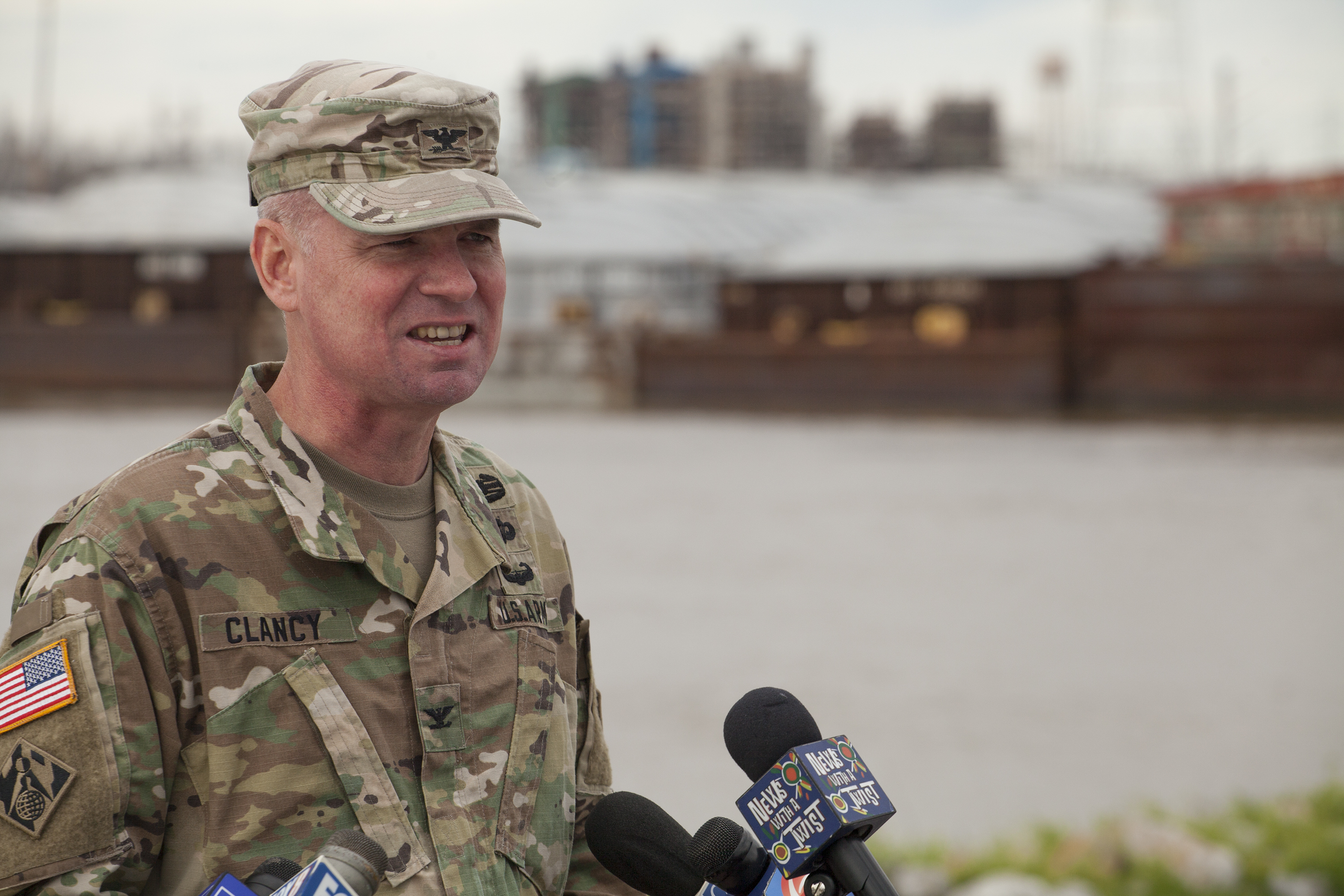 The New Orleans Engineer District will begin opening the Bonnet Carré Spillway at 10 a.m. on February 27, to divert a portion of the Lower Mississippi River’s flow into Lake Pontchartrain and on to the Gulf of Mexico.

Col. Michael Clancy, commander of the New Orleans District, said the agency plans to initially open 38 of the spillway’s 350 bays. Each bay is comprised of 20 creosote timbers. The spillway, in total, stretches 7,000 feet wide.

Clancy said current forecasts call for the Corps to open around 200 bays and operate the spillway for about a month.

Clancy said those estimates, though, could change at any time due to the enormous amounts of rainfall and snow that has already fallen in the Mississippi and Ohio river valleys—and what could come next.

“We have been in a flood fight here on the Mississippi since the second of November, so almost four months now,” said Clancy, who also added, “It’s been the wettest winter in the Mississippi Valley in the last 124 years. We still have spring rains to get through, and we still have the snow melt in the north to get through, so there’s no telling when the flood fight will end here or when the Bonnet Carré Spillway will close.”

On November 2, the Corps initiated its Stage 1 flood fight in New Orleans when the Carrollton Gage reached 11 feet. The gage reached 15 feet on February 23, triggering the Corps’ Stage 2 flood fight, which includes daily levee inspections along the 1,000 miles of river levees within the New Orleans District and the stoppage of construction work within 1,500 feet of levees.

The spillway is located about 33 river miles above New Orleans near the town of Norco in St. Charles Parish, La. The trigger point for operating the Bonnet Carré Spillway is a Mississippi River flow of 1.25 million cubic feet per second at the structure, which generally corresponds to a flood stage of 17 feet at the Carrollton Gage in New Orleans. Bonnet Carré is designed to divert a maximum of 250,000 cubic feet per second of the Mississippi River.

As of the afternoon of February 26, the Carrollton Gage was at 15.79 feet and rising. The National Weather Service forecasts the crest will reach New Orleans about March 12 when the river will reach an estimated 17 feet and remain there around a week and a half. That’s essentially an artificial crest made possible by the operation of the Bonnet Carré Spillway.

Current forecasts call for the river to crest at 43.5 feet in Baton Rouge around the middle of March, while the river at Vicksburg, Miss., will crest and begin to fall a day or two sooner.

Clancy added that the trigger for operating the Morganza Floodway, which diverts water from the Mississippi River above Baton Rouge toward the Atchafalaya River Basin, is a flow of 1.5 million cubic feet per second at the structure. While estimates indicate the flow rate will come close to that, Clancy said at this time the Corps does not anticipate using the floodway.

The 2019 opening of the Bonnet Carré Spillway is not the earliest in its 88-year history (that occurred in 2018), nor is it likely to be the longest (that occurred in 1975 when it was open for 75 day). However, this marks the first time the spillway has been operated in consecutive years.

When asked if the Corps attributes that rise in use at Bonnet Carré could be attributed to climate change, he declined to comment, saying, “I’m not a weather man or a scientist.” However, Clancy knows the river and stressed how dynamic the Mississippi River really is.

“Every year is different,” he said. “It’s the same river, but ever year it behaves differently.”