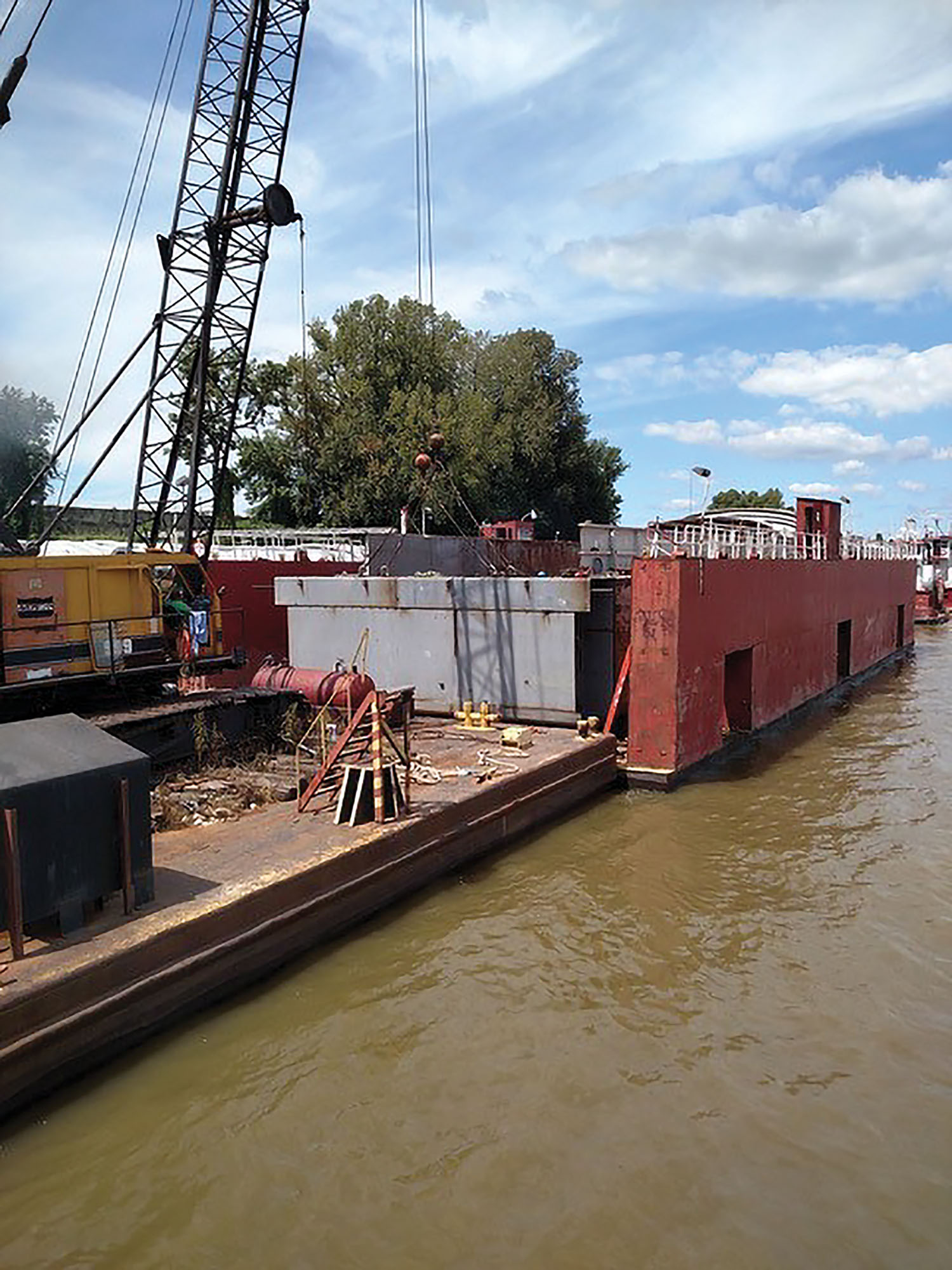 For more than 50 years now, CGB Waterfront Services Company has been offering shipyard repair and fleeting services to the maritime community from its Cairo, Ill., headquarters.

To date, it is the only outside contractor in its area with the ability to perform barge-to-truck unloading using its 80-foot conveyor belt. This system can load a truck in less than 5 minutes, according to Jerrod George, shipyard manager.

Soon, a third floating crane will be added to its arsenal of equipment, which George said will increase the company’s ability to perform dry-cargo transfers from barge-to-barge and barge-to-truck. “With more than 175 years of combined experience, we do big things here in Cairo,” said George. “Our future is bright.”

One of the shipyard’s largest repair projects over the last few years, according to George, involved replacing entire rake and box ends of a damaged barge. In doing the repair, George said the company had to replace 235,000 pounds of steel that required cutting the barge completely in half.

“Moving ahead into the future, we are looking to add tank barge repair to our host of services for our customers,” he added.

While the company’s growth has been steady, it originally had one drydock, a 165-ton floating crane, one workboat and a fabrication shop back in the 1990s. “During that time, repairs at Waterfront Services were generally limited to minor barge repair and general barge maintenance,” said George. “During the late ’90s, it was becoming evident to the industry that older barges were beginning to be phased out. This led to fewer general maintenance repairs, and with that in mind, we decided that a change was necessary in order to stay competitive.”

“We also have the ability to cut and form all of the steel used for barge repair in-house with a 750-ton, 20-foot press brake capable of bending 3/4-inch plates at a 20-foot length,” said George. “Our fabrication shop can assist other companies with cutting and breaking steel for their needs, as well.”