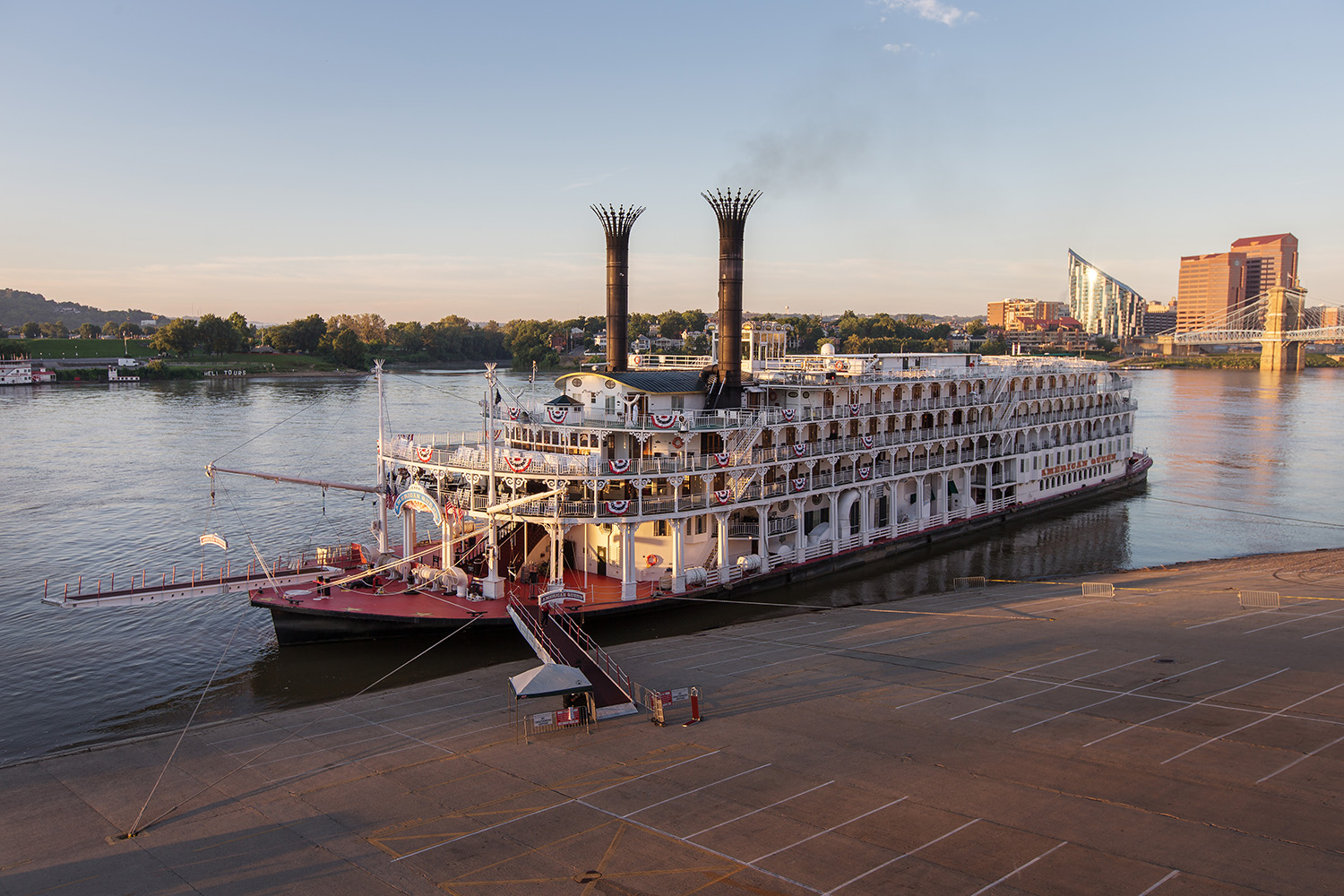 Mayors who are part of the Mississippi River Cities & Towns Initiative (MRCTI), along with representatives from the U.S. Geological Survey (USGS), U.S. Army Corps of Engineers, the Maritime Administration and the American Queen Steamboat Company gathered in Memphis, Tenn., September 16 to officially launch the first ever Mississippi River nutrient sensor mounted aboard a private vessel.

MRCTI and those federal agencies signed an agreement just last year to deploy nutrient sensors aboard private vessels traveling along the Mississippi River between New Orleans, La., and St. Paul, Minn. The goal is to achieve real-time nutrient monitoring along the river, from which many communities and industries draw their freshwater supply.

“We as mayors along the Mississippi River see nutrient loading as the greatest threat to our water security,” said Frank Klipsch, mayor of Davenport, Iowa, and co-chair of MRCTI. “But in order to manage this threat, we must measure it.”

To begin that work toward systematically monitoring nutrients in the river, the U.S. Geological Survey has placed a “Mobile Super Gage” sensor aboard the riverboat American Queen, which plies the waters of the Mississippi River and its tributaries year round. Wherever the American Queen goes, the nutrient sensor will relay data to the USGS.

“As the longstanding leader in Mississippi River cruising, we are dedicated to the sustainable health of not just the river, but the communities that rely on it,” said American Queen Steamboat Company Founder and CEO John Waggoner. “Along with our partners, we are thrilled to introduce the USGS Mobile Super Gage on our flagship vessel and look forward to keeping the waters in which we travel clean for many future generations to come.”

The USGS will own, operate and maintain this sensor and all subsequent sensors mounted on private vessels.

“The USGS is dedicated to providing sound science that informs policy-making at all levels of government—from local communities to national priorities,” said Jim Reilly, director of the USGS. “Today’s launch exemplifies our commitment to working with partners from both the public and private sectors to accomplish projects that impact American communities in a meaningful way.”

Col. Zachary Miller, commander of the Memphis Engineer District, added that the project aligns with the Corps’ mission of protecting the Mississippi River’s ecology, communities and economies.
“This work compliments and supports Corps efforts from the headwaters to the Gulf of Mexico,” Miller said.
Finally, St. Gabriel, La., Mayor Lionel Johnson, also an MRCTI co-chair, put into perspective just how important water quality is along the Mississippi River.

“The Mississippi River provides billions of gallons of fresh water to industry each day and drinking water to 20 million people in 50 cities,” Johnson said. “It is essential we know what is in our water.”

In addition to the nutrient sensor, which will be visible toward the stern of the American Queen near the ship’s paddlewheel, passengers aboard the riverboat will have access to a kiosk detailing the project and how data collected will lead to a better understanding of water quality along the Mississippi.

The announcement coincided with MRCTI’s 2019 annual meeting, held in Memphis. MRCTI is an association of communities along the Mississippi River acting as a unified, influential voice for the river. The organization focuses on infrastructure, community development, water quality, habitat restoration, floodplain management, recreation, sustainable economies and celebration of the region’s history. According to MRCTI, the Mississippi River Basin touches 31 states and represents the most productive farming region in the world, with close to $500 billion in annual revenue. About 40 percent of the nation’s agricultural products are moved on the Mississippi River, which directly supports more than 1.5 million jobs.