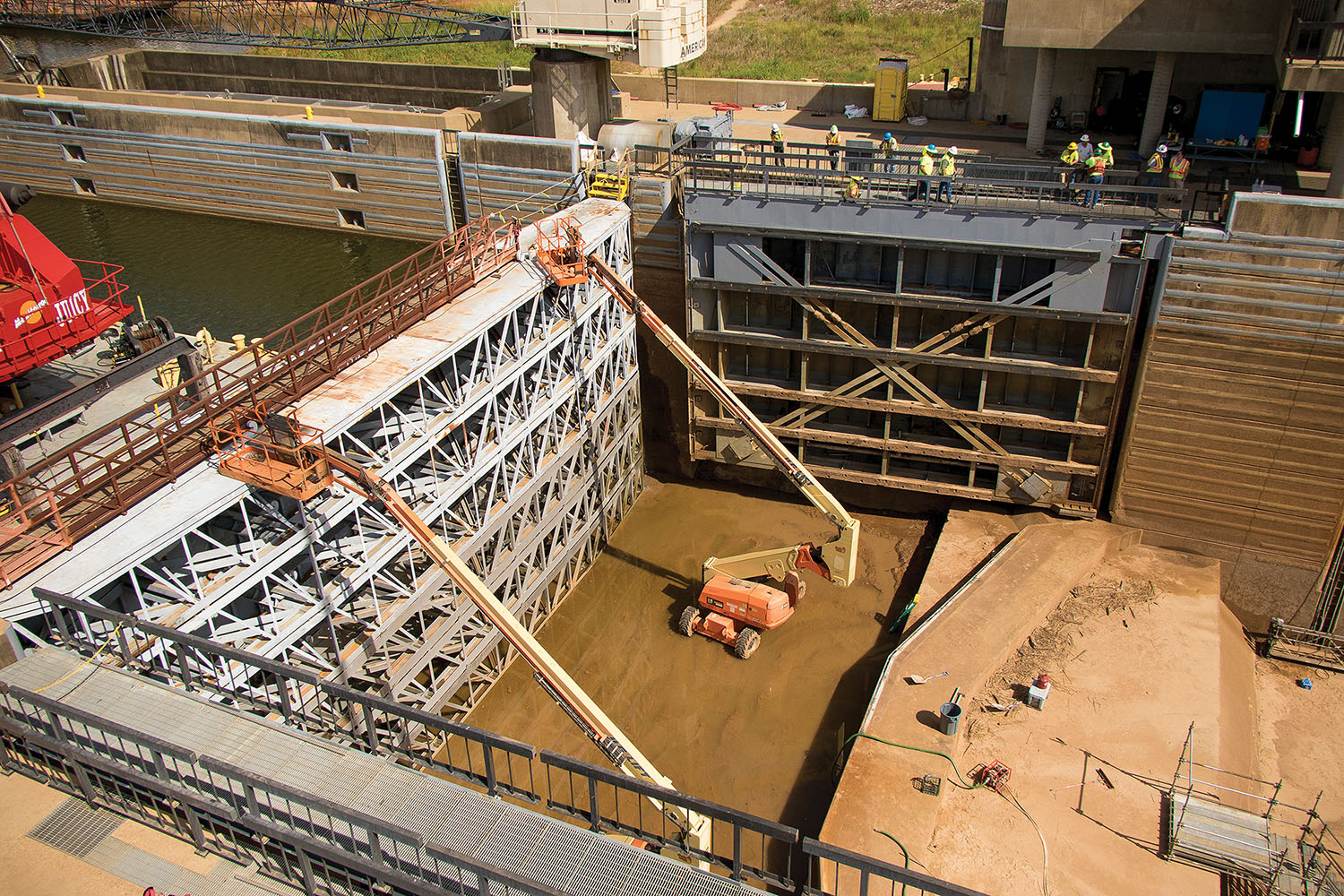 Commercial navigation is moving again through the John H. Overton Lock—also called Lock 2—on the Red River located at Mile 40.8 near Alexandria, La., following a two-month closure for dewatering, inspection and maintenance.

The lock closure commenced in early September. It was the first full dewatering in the history of John H. Overton Lock and Dam, which was built in 1982. The dewatering allowed the Corps of Engineers maintenance team from the Vicksburg Engineer District to inspect the entire chamber and make minor repairs to miter gates, concrete and the dam’s tainter valves.

“It’s an incredible feat when you talk about blocking off the water at both ends and taking a full-scale look at the gates, at the walls, at everything inside of here to make sure this lock is going to be viable for the next 10, 20 or 30 years,” Hilliard said while at the lock.

Hilliard recognized the partnership the Corps has with industry, which had to adjust for the near 60-day closure.

“Although it can be tough on business, as long as it’s coordinated, it’s great for everyone,” Hilliard said. “It’s great for us to understand what’s happening to our locks underwater day after day. It’s important to the long-term viability of the Red River.”

Richard Brontoli, executive director of the Red River Valley Association, praised the Corps for working closely with industry leading up to the 60-day closure. Brontoli said Corps and industry have been preparing for the closure for about two years.

“Our Red River Navigation Committee has had meetings leading up to this inspection to ensure customers can stockpile product during the closure,” Brontoli said. “Unfortunately, we had high river levels on the Mississippi River and Red River the six months leading up to the original closure date. We had weekly conference calls to review river stages and projections. The Vicksburg District was extremely accommodating by moving the start date numerous times to reduce the impact to industry.”

The lock reopened November 2, with navigation on the waterway back underway with no issues or delays, Brontoli said.

The Red River Waterway offers a 9-foot-deep navigable channel from Shreveport to the confluence of Red River and Old River near the Mississippi. First conceptualized in the 1800s, the J. Bennett Johnston Waterway and its system of locks officially opened in December 1994.