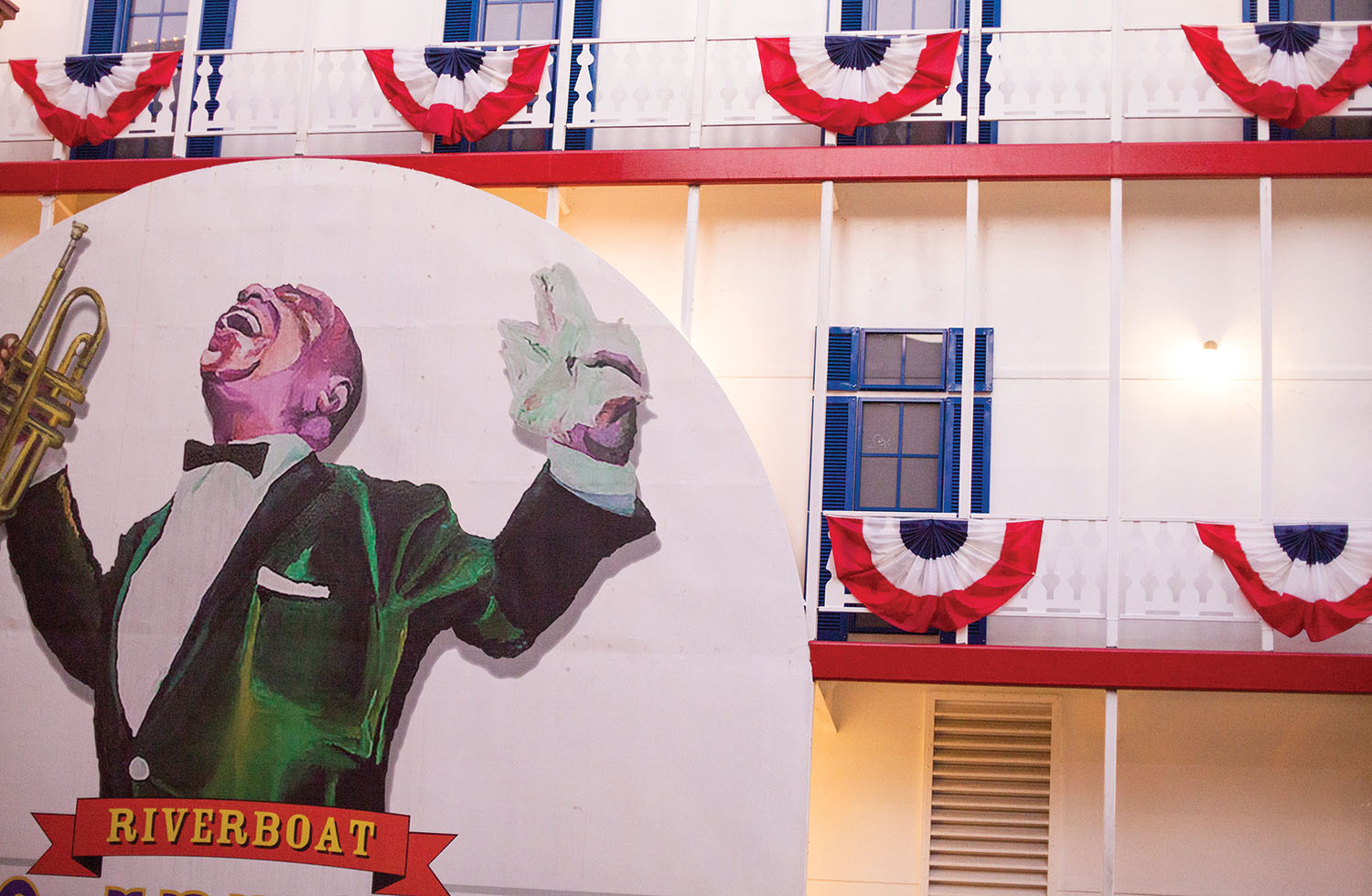 On December 14 in New Orleans, near where Poydras Street meets the east bank of the Mississippi River, Hospitality Enterprises—the Crescent City-based tourism company whose brands include the Paddlewheeler Creole Queen, Jean Lafitte Swamp and Airboat Tours, and a line of double-decker hop-on-hop-off buses—christened the riverboat Louis Armstrong.

Bearing the name of one of New Orleans’ native sons and arguably the most recognizable name in jazz music, the 3,000 passenger Louis Armstrong aims to draw locals and visitors alike to the riverfront for events of all sizes, both cruising and dockside.

“The riverboat Louis Armstrong will bring the music of its soul and the vibrancy of the region together, just like its namesake did,” said Warren Reuther, president and CEO of Hospitality Enterprises.

Hospitality Enterprises acquired the Louis Armstrong, formerly named the City of Evansville, in late 2017. Built by Jeffboat in Jeffersonville, Ind., in 1995, the vessel, also known as the Tropicana Evansville or Casino Aztar, served as Indiana’s first riverboat casino. The vessel received a $10 million renovation in Louisiana, transforming it into the music and entertainment venue it is today.

The vessel’s first level offers executive meeting space for a variety of large functions. The second deck is a concert hall, featuring a VIP backstage area, artist green room, 40-foot-long bar and 3,500-square-foot lounge. The third level offers a 4,000-square-foot wedding venue with private bathrooms, along with an 8,000-square-foot banquet hall, sprawling bar and a “Louis Armstrong Foundation Room” that honors the musical legacy of the musician also known as Satchmo. The top deck is an open-air promenade offering 360-degree views of the Mississippi River and the New Orleans riverfront.

“The boat is such a beautiful tribute to Louis Armstrong and his mission to give back some of the goodness he received during his life,” said Louis Armstrong Foundation Executive Director Jackie Harris. “We are honored to have Mr. Armstrong’s name associated with a venue of this class and magnitude.”

“The iconic riverboats of the Mississippi River have been a part of the landscape of the city and the Port of New Orleans for over 300 years,” Christian said. “The majestic riverboat Louis Armstrong is such a beautiful addition to that heritage, and we look forward to seeing it ‘jazzin’ on the river’ for decades to come.”

Louisiana Lt. Gov. Billy Nungesser presented Reuther with an official certificate praising the riverboat Louis Armstrong for the economic and workforce impacts it will have on the local and state economy.

To officially welcome the Louis Armstrong into service, Reuther’s wife, Nancy, along with their eight granddaughters and the daughter of Craig Smith, Hospitality Enterprises’ marine operations manager, shattered a bottle of champagne on the vessel’s top deck.

The riverboat Louis Armstrong is open and available as a venue for music events, concerts, weddings, conventions and private parties. The vessel will also offer a jazz brunch on Sundays and scheduled late-night and moonlight cruises.

Caption for top photo: “Satchmo’s” likeness on the new New Orleans riverboat named in his honor. (photo by Frank McCormack)