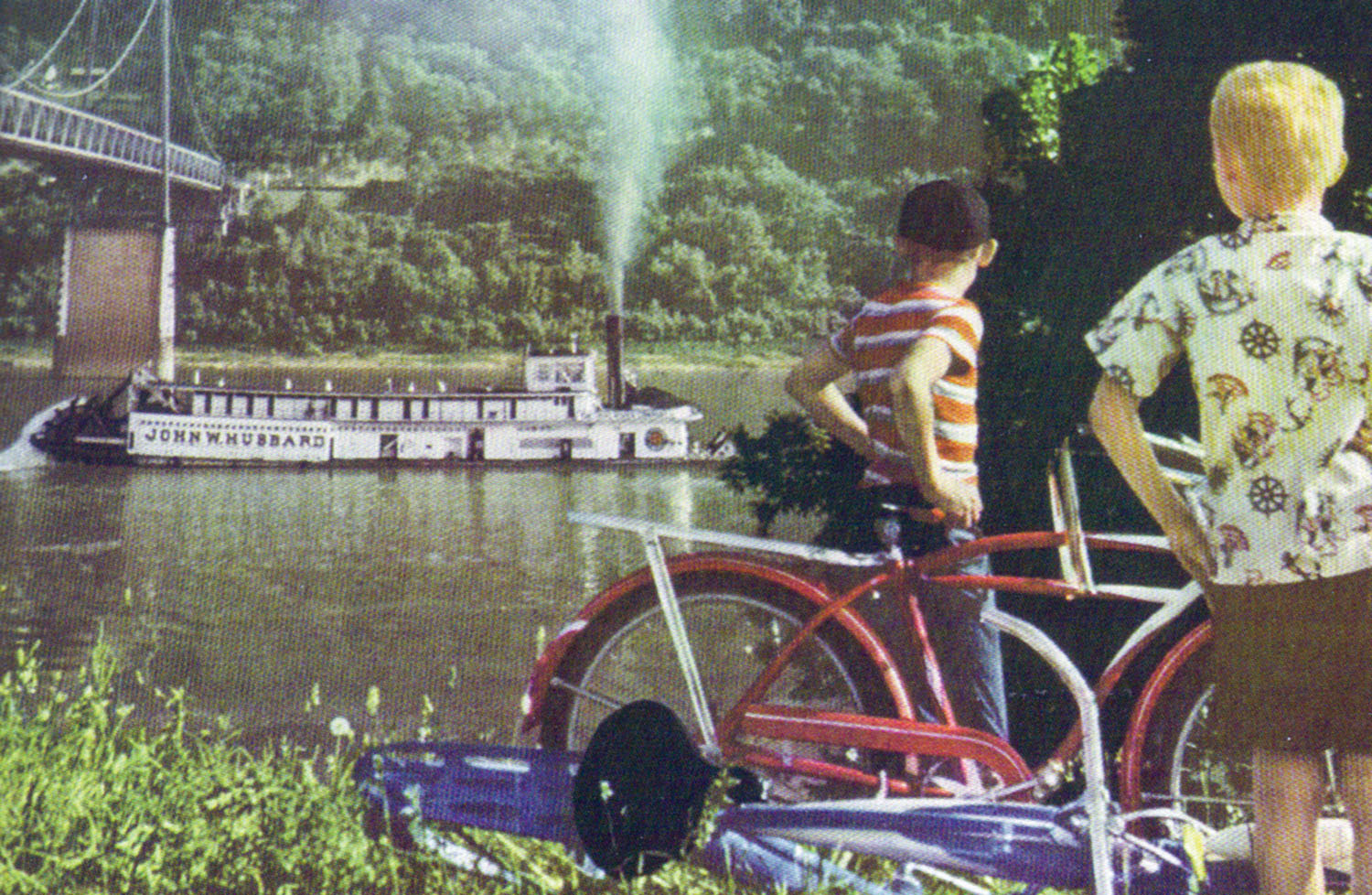 Long a familiar landmark on the Covington, Ky., waterfront, the well-known restaurant boat Mike Fink has a new lease on life.

After nearly five decades of use as a popular dining establishment, the retired paddlewheeler ceased operations in 2008 and was taken to South Point, Ohio, for extensive hull repairs. After returning to the Cincinnati area, the boat remained closed, much to the disappointment of locals and tourists who, like this writer, had enjoyed memorable meals and fellowship with river friends aboard the former steam towboat. The boat was later moved upriver to Newport, Ky., to join the fleet of its owners, BB Riverboats, operators of the sternwheeler Belle of Cincinnati and other excursion vessels.

In late 2018, the vessel was purchased by Capt. Bob Harrison, owner of Bellaire (Ohio) Harbor Service for use as a shop barge and office facility. Reportedly, the sternwheel will be removed and donated to the Ohio Valley River Museum at Clarington, Ohio. Bellaire Harbor Service (Mile 92) provides fleeting services for 275 barges, towing services and marine repairs with the availability of two 1,000-ton drydocks.

The Fink was built as the John W. Hubbard in 1936 by Dravo at Neville Island, Pa. Constructed on a steel hull measuring 171.5 feet in length by 34.6 feet in width with a depth of 7.2 feet, the towboat had condensing engines by the Marietta Manufacturing Company that had 16- and 32-inch cylinders with an 8-foot stroke. Five coal-burning return-flue boilers with automatic stokers provided the steam.

Originally owned by Campbell Transportation Company, the boat was named for a Pittsburgh millionaire who had a financial interest in the Campbell Line. The towboat carried the whistle and roof bell from the packet Queen City, the large bell originating on the palatial Anchor Line sidewheeler City of St. Louis. In 1947, the Campbell Line was merged with the Mississippi Valley Barge Line, and the Hubbard was sold to the Ohio River Company, which renamed the towboat Charles Dorrance in 1950.

Decommissioned in 1957, the Dorrance was sold to Point Towing Company, which used it as a landing boat at their Kanauga, Ohio, harbor until sold to Todd Marine Service at Cincinnati in June 1959. Capt. John Beatty acquired the boat in 1967 and converted it into the Mike Fink floating restaurant. Beatty sold it to the Bernstein family in September 1977.

More On The Mamie

As reported in this column previously, the steam towboat Mamie S. Barrett, built by the Howard Shipyard at Jeffersonville, Ind., in 1921, has been beached and deteriorating (after serving at Vicksburg as a restaurant) at Deer Park, La., since the mid-1990s. High water during 2017 caused the derelict vessel to drift into power lines, igniting a fire that destroyed the upper deck and pilothouse.

The severe flooding on the Lower Mississippi this year caused the burned-out hulk to drift out into the cutoff (some 17 miles below Natchez) and nearly make it to the Mississippi River. The current whereabouts of the main-deck remains of the old riverboat are unknown.

Caption for top photo: The John W. Hubbard glides past the suspension bridge at Portsmouth, Ohio, in the 1950s. (Keith Norrington collection)