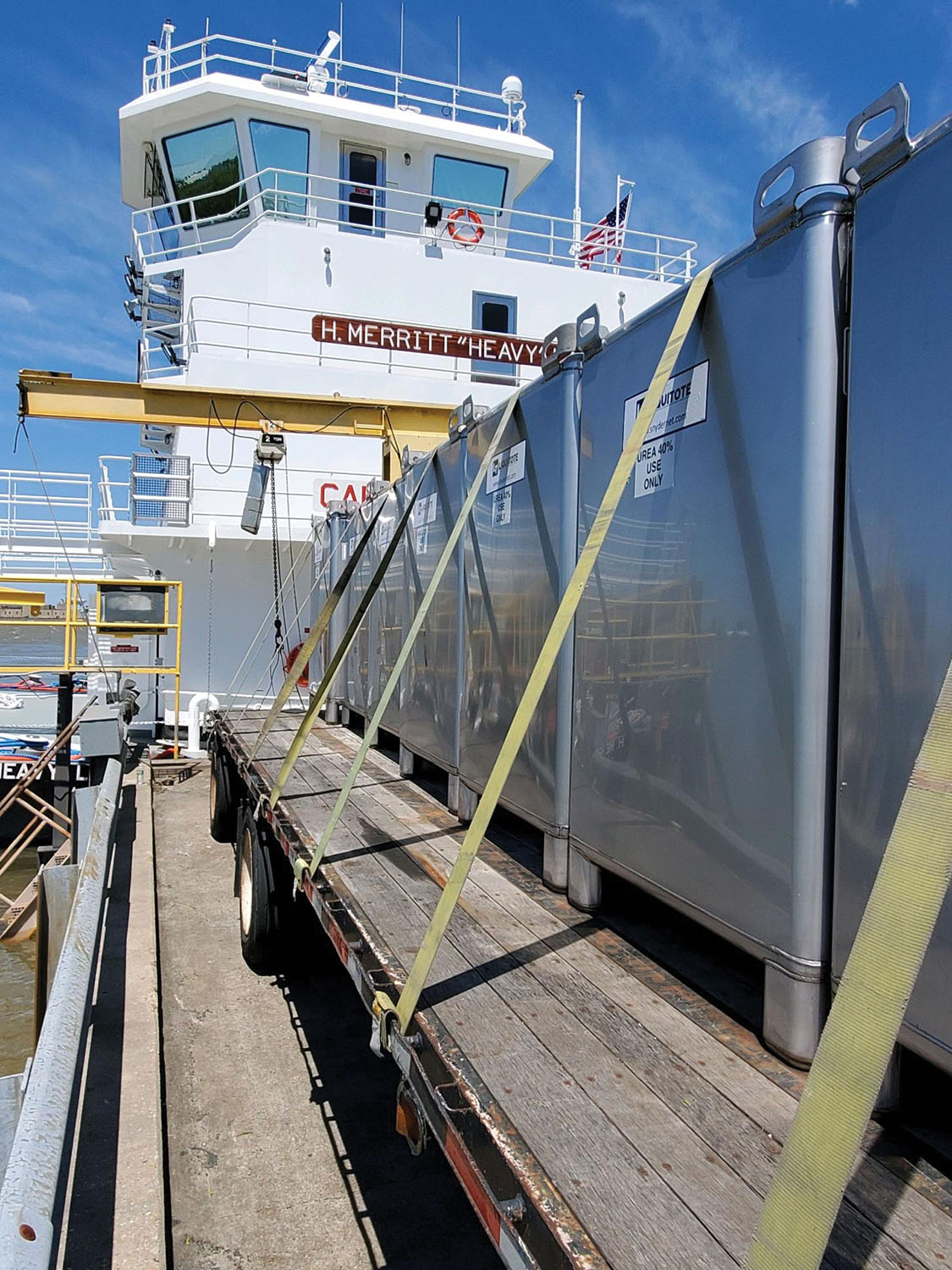 When the Environmental Protection Agency (EPA) began a phased implementation of Tier 4 requirements for new marine engines above 800 hp. in 2008, one of the anxieties that arose was over the availability and deliverability of diesel exhaust fluid (DEF), also known as urea. To achieve the drastic emissions reductions required for Tier 4, engines above 800 hp. add to have either exhaust gas recirculation (EGR) or selective catalytic reduction (SCR).

Simply put, EGR recirculates exhaust gases through the engine during combustion, while SCR injects a urea blend into the exhaust stream.

For a long time, towing companies took advantage of a back stock of Tier 3 hulls and engines to grow their fleets and avoid the cost of swapping to Tier 4, but that supply has dwindled.

“I don’t know that there are any more Tier 3 hulls or engines out there,” said Tony Odak, chief operating officer for John W. Stone Oil Distributor. “Anything I’ve heard about are either already being built or under contract.”

Odak said the current number of Tier 4 towing vessels operating on the inland waterways remains fairly limited, but with continued implementation of Subchapter M, organic replacement of vessels and vessel age requirements from oil majors, the number of towing vessels equipped with Tier 4 main engines is set to rise.

And that means a dramatic growth in the need for urea on the inland waterways. Odak, though, said supply shouldn’t be a problem, with John W. Stone already meeting the demand for urea, both dockside and midstream. The company has been supplying urea since 2008 in response to the phase-in of Tier 4, along with other regulatory requirements.

Odak said, for the marine market, CAT, EMD, Cummins and Mitsubishi all manufacture Tier 4 engines with SCRs. Operational parameters vary from manufacturer to manufacturer, but in general, the systems engage once engine load reaches 40 percent. With the SCR active, urea consumption ranges from between 5 and 8 percent of fuel consumption. In other words, for every 100 gallons of fuel, an SCR will consume 5 to 8 gallons of urea, after the engine reaches 40 percent load.

When the urea blend is injected into the exhaust stream, emissions of nitrogen oxides are dropped to near zero.

“It’s really advantageous,” Odak said. “You get a lot farther with 40 percent than you do with 32.5, as well as being able to commingle. You can have any variation.”

Odak explained that SCRs can detect whichever concentration of urea is present and adjust the injection or dose accordingly.

Odak said some have expressed concerns over urea salting in cold weather, but he said for vessels in use that shouldn’t be a problem.

“If your engineroom is running at 30 degrees, I don’t care if it’s wintertime or not, you’ve got other problems,” Odak said.

Odak added that, if a vessel exhausts its urea supply, it doesn’t affect engine performance, but will be noted on the dosing equipment.

Odak admitted there are other engine solutions out there that achieve Tier 4 compliance, like diesel-electric concepts or a battery bank.

“But those are all theoretical,” he said. “When it comes down to it, SCR doesn’t add that much to the cost of the vessel, and in some cases, you’re just not going to have a choice.”

Odak said John W. Stone has been active in providing an initial supply of urea for new builds, including Canal Barge’s recently-delivered mv. “Heavy” Lane, along with new Tier 4 tugs for Bisso Towboat. Stone has also supplied initial fills for all the Alyeska Pipeline tractor tugs, as well as various deep-draft vessels. The company also has four of its midstream fuel barges equipped with urea tanks.

“Right now, it’s on four barges with the ability to expand to the entire fleet of 17 fuel flats,” Odak said. “We designed our midstream barges in a way to be easily modified to accept the urea. It’s just a matter of putting the tanks on there, installing a meter and away we go. As demand grows, we’ll have the ability to quickly modify to meet it.”

Odak said he sees demand growing first on the Lower Mississippi River, but John W. Stone can arrange urea supplies anywhere on the inland waterways or various ports on the East Coast, Gulf Coast or West Coast, whether aboard its own barges or by partnering with other midstream and fueling companies.

“We’re happy to arrange it anywhere on the rivers,” Odak said. “Or we can deliver it directly to a company’s current fuel supplier.”

Odak said, with John W. Stone’s production and delivery capabilities and willingness to partner with other midstream fuelers, operators should have confidence when considering Tier 4 engine packages.

“Stone’s been doing it since 2008,” he said. “We have the blending capability, and we’re the only ones doing it on the Mississippi River. We’ve got it at all of Stone’s facilities, and we can make it happen anywhere you want in the country.”