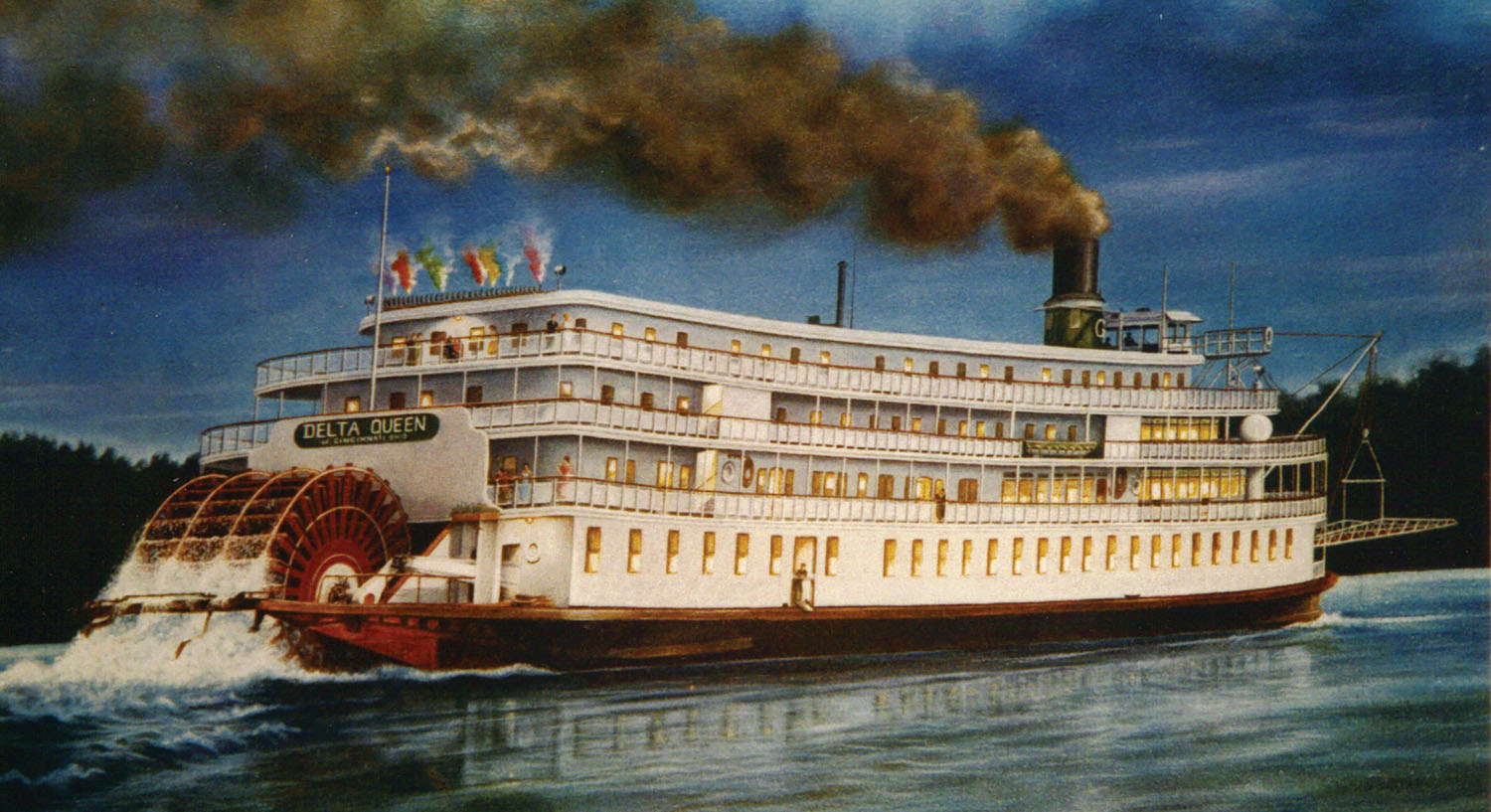 Daughter Of A River Dynasty

The river community is saddened with news of the passing of Letha Jane Greene, 77, on June 20, at Cincinnati, Ohio. Youngest of the four children born to Capt. Tom and Letha Cavendish Greene, Jane, as she was always called, was a graduate of the University of Cincinnati and Xavier University, enjoying a stellar 32-year career as an English teacher at Withrow High School.

Greene was extremely proud of her family’s famous steamboating heritage, which began in 1890 with the founding of Greene Line Steamers by her grandfather, Capt. Gordon C. Greene, and her grandmother, Mary Becker Greene, who was well known for being one of the few licensed women captains. Jane, a friend of this writer, fondly recalled riding, as a youngster, the steamer Gordon C. Greene; she often spent summer vacations from teaching aboard the Delta Queen and later was engaged to give informative lectures, laced with unique historical facts and humor, to passengers.

Following a memorial service on July 2, Greene was interred in the family plot at Newport, Ohio, overlooking the river.

Undoubtedly, the most notable of the 25-plus steamboats of the Greene Line was the Delta Queen. Fabricated at Glasgow, Scotland, the steel framing of the steamboat (along with its twin, the Delta King) was dismantled and sent by steamship to San Francisco before being taken in barges to Stockton, where both vessels were reassembled and completed. The overall length of the boats was 285 feet including the paddlewheel, originally covered by a metal housing. The crosscompound condensing machinery was obtained from the William Denny & Brothers Shipyard at Dumbarton, Scotland. Two oil-burning water tube boilers provided the steam.

Beginning in 1927, the California Transportation Company operated the lavishly appointed boats in regular service on the Sacramento River between San Francisco and Sacramento.

Both steamers ceased service for a brief time after a new highway linking the two cities was opened in 1940. During World War II, the boats were painted drab gray and used by the United States Navy for duty in San Francisco Bay, the Delta Queen known as YFB-56, a designation for yard ferry boat. At the conclusion of the war, the boats were turned over to the U.S. Maritime Commission.

The Delta Queen was sold at a public sale to Greene Line Steamers, Cincinnati, Ohio, on December 17, 1946. Capt. Tom R. Greene enlisted the aid of his good friend and colleague, Capt. Fred Way, to make arrangements for transfer of the vessel to New Orleans. Boarded up and under tow by the tug Osage, the boat departed April 10, 1947, transited the Panama Canal on May 10–11 and arrived at Harvey, La., on May 19. After a journey of some 5,380 statute miles at sea, the most lengthy salt-water journey ever accomplished by a flat-bottomed sternwheeler, the Avondale Shipyard returned the boat to operating condition. Under its own steam, the boat ascended the Mississippi and Ohio rivers to Dravo Corporation’s marine ways at Neville Island, Pa., for a complete renovation that lasted five months. Capt. Way authored a pictorial book, The Saga of the Delta Queen, published in 1951,  chronicling the history of the transplanted West Coast riverboat.

Following the untimely passing of Capt. Tom Greene in 1950, management of the Delta Queen transferred to his widow, Letha, who operated the boat until early 1958 when, due to declining business, it was laid up and advertised for sale. Aided by investors at the eleventh hour, Greene was able to continue the tourist steamboat operation through the 1960s with a skilled and loyal crew, long directed by Capt. Paul Underwood, Capt. Ernest Wagner and Capt. Clarke Hawley. Other masters  who followed included Capt. Don Sanders, Capt. Gabriel Chengery, Capt. Jim Blum and Capt. Mike Williams.

Threatened in 1966 by the Safety of Life at Sea law, prohibiting vessels with wooden superstructures from carrying overnight passengers, an aggressive publicity campaign spearheaded by company official Betty Blake focused national attention on the boat, which was granted an exemption for three years by President Richard Nixon in 1971. Subsequent exemptions under various owners kept the boat in operation until 2008, when it was tied up at New Orleans.

Taken to Chattanooga in 2009 under lease, the moored boat was maintained and operated for several years as a hotel. The revered riverboat currently is moored at Houma, La. With another exemption recently granted, the stately sternwheeler awaits funding to embark on a new saga of steamboating.