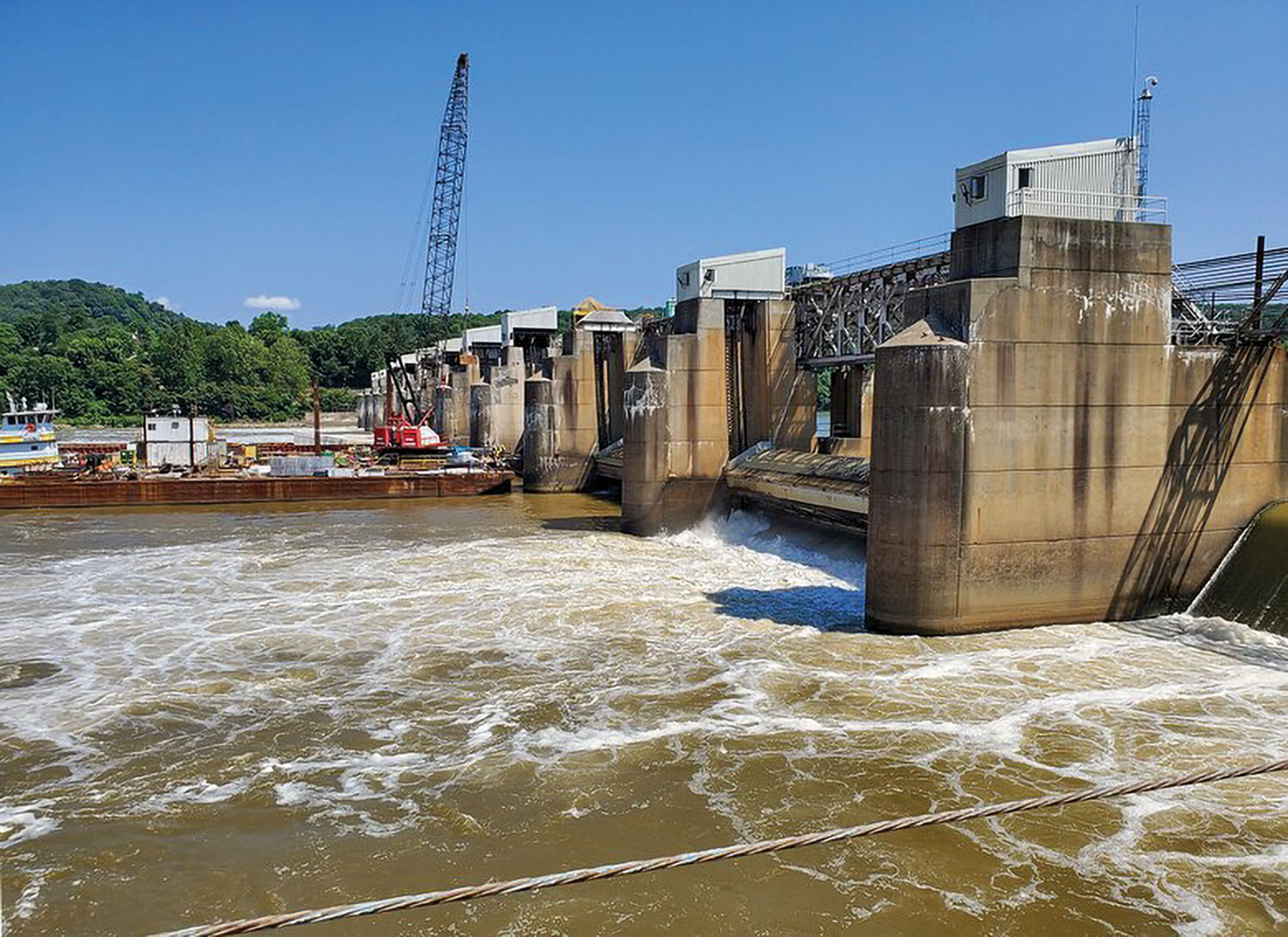 The Pittsburgh Engineer District has announced the award of a $12.9 million contract for the installation of two new dam lift gates and a new control system at Montgomery Locks and Dam on the Ohio River in Monaca, Pa.

The contract is the continuation of three previous gate replacement contracts. When it is completed, all 10 gate systems at the dam will have been replaced.

“This contract is necessary for the continued reliable performance of the dam gates,” said David Heidish, project manager for the Pittsburgh Engineer District. “The loss of any of the gates could have resulted in the loss of the pool and could have possibly stopped commercial traffic, which would have negative effects on the region and the nation’s economy.”

Joseph B. Fay Company of Pittsburgh will complete the work, which includes removing existing dam lift gates 9 and 10. The contract also includes piers 9, 10 and 11 machinery housing modifications, track and sill modifications and some pier concrete repair, along with the installation of new gate-control and camera systems.

“The existing gate-control system is obsolete and a maintenance nightmare,” John Anderson, a district operations specialist for the Ohio River, said. “The new system is going to be more reliable and easier to maintain.”

The existing controls were installed in the 1980s.

The new camera system will increase the safety of both lock operators and river users.

“The new camera system will give dam operators better visibility of the gates and the surrounding areas,” Anderson said. “Being able to see what’s happening around the dam prior to operating the lift gates is an important aspect of operating the dam safely.”

Installation of the new gates is scheduled to begin in spring 2021 with completion in early 2023.

The Montgomery Dam was built in 1934. A 2006 inspection revealed significant deterioration problems. Then, in October of that year, a downbound tow barge struck the upstream guide wall. Three barges separated from the tow and were drawn into gates 4 and 8. Both gates were destroyed by the impacts. In 2008, gates 4 and 8 were replaced with new, state-of-the-art lift gates. Gates 5, 6 and 7 were replaced with a construction contract awarded in 2015. Gate 3 was replaced in 2019, Gate 2 was replaced earlier in 2020 and a contractor is currently working on the replacement of Gate 1.