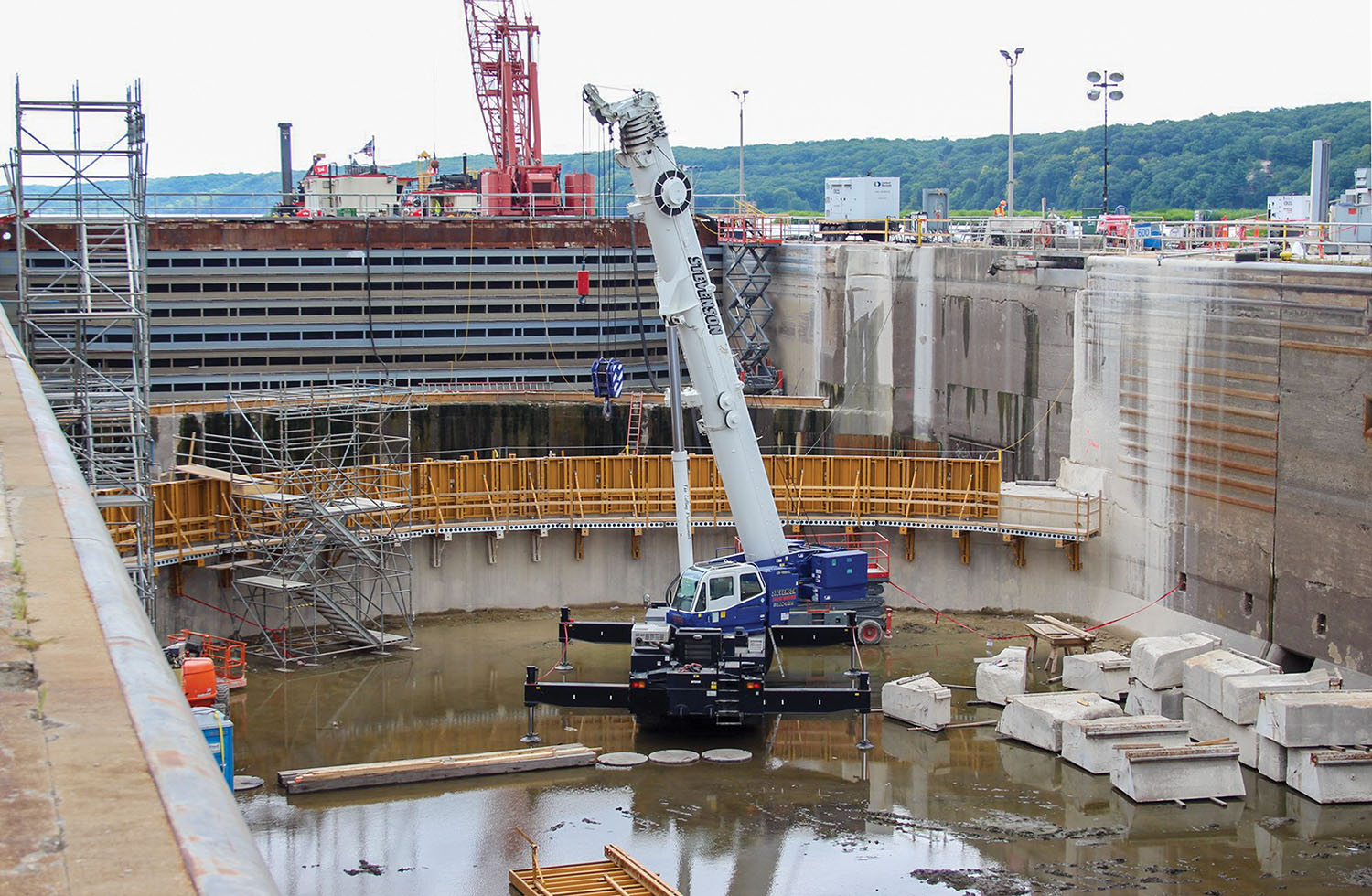 On July 17, scheduled major rehabilitation and repair work at LaGrange Lock and Dam on the Illinois River was extended from September 30 to October 13. That’s been the only change to scheduled work on five locks and dams on the Illinois Waterway this year, which is currently scheduled to wind up by the end of October, although the Rock Island District cautions that changes are always possible.

The driving factor in the extended closures is the LaGrange Lock Major Rehabilitation Project, which received funding in 2018. The Rock Island District awarded a $117 million contract to AECOM for the LaGrange project last fall.

The lock chambers at Marseilles and Starved Rock have been dewatered during the closure and will undergo significant sill and anchorage modification to ensure the new miter gates fit properly.

While the Illinois Waterway is closed, contractors are also installing bulkhead slots at Dresden Island and Brandon Road locks, and Peoria Lock is being dewatered for routine inspections and minor repairs.

Because the Rock Island District anticipates the navigation industry could need two or more years to fully recover from impacts caused by the closures, the district is not scheduling additional maintenance at Dresden Island or Brandon Road locks for a couple of years.

The Rock Island District posts regular updates to its website at https://www.mvr.usace.army.mil/Missions/Navigation/Navigation-Status/

New forms being placed on the upper gate sill at Starved Rock Lock and Dam; the blocks from the old upper sill that were cut and removed are shown. (Photo courtesy of the Rock Island Engineer District)

Here are some more photos of the construction work, also courtesy of the Rock Island Engineer District: 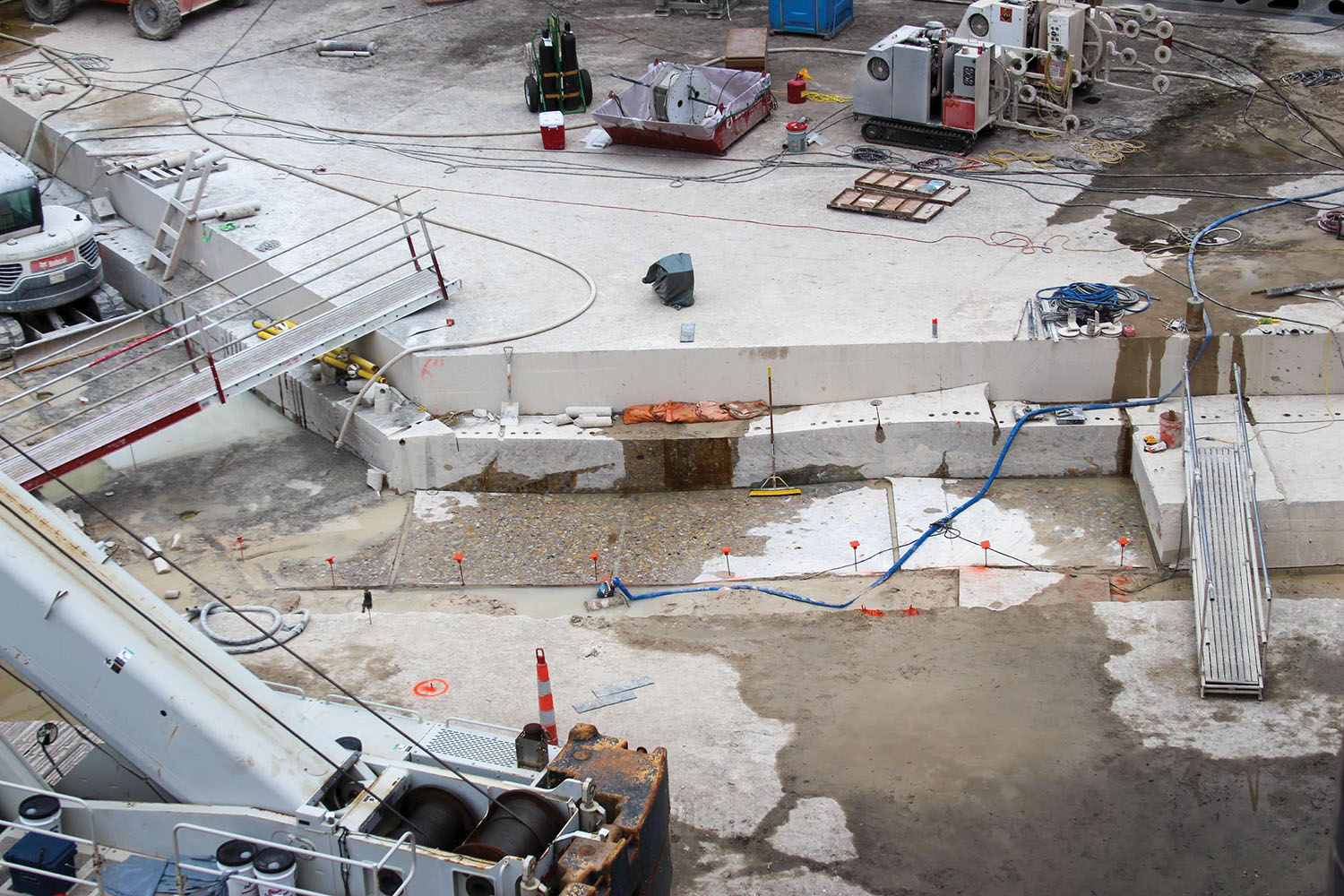 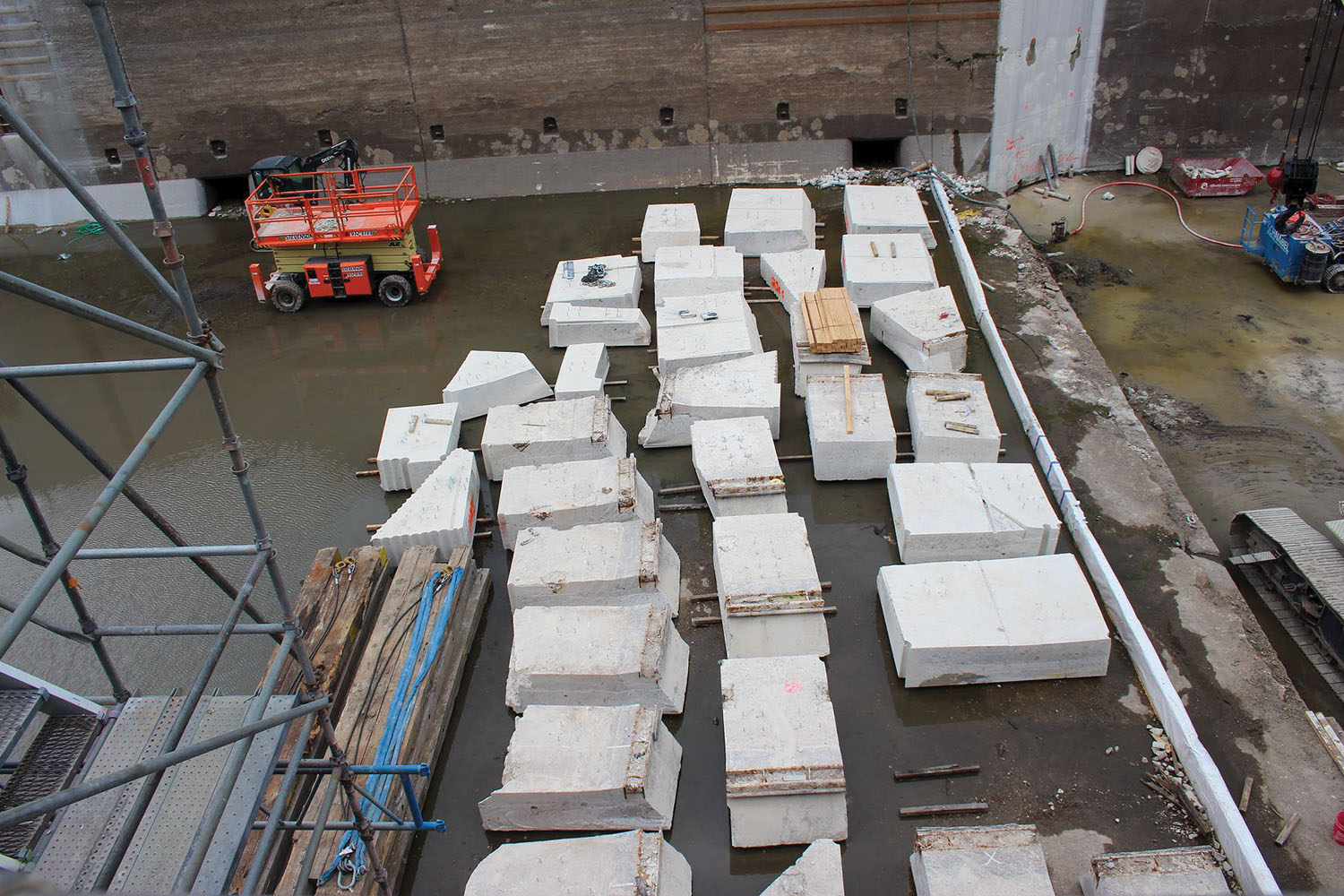 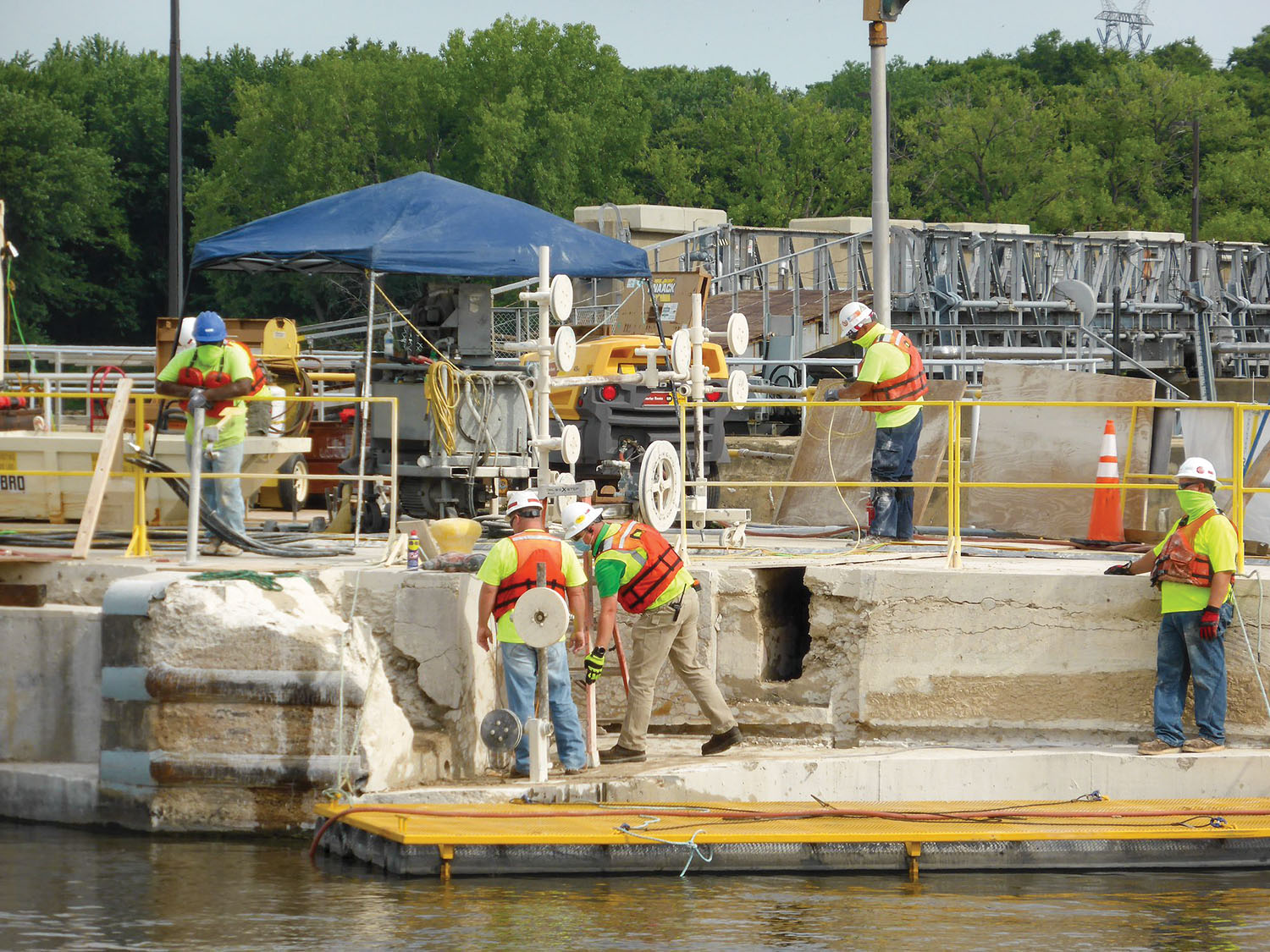 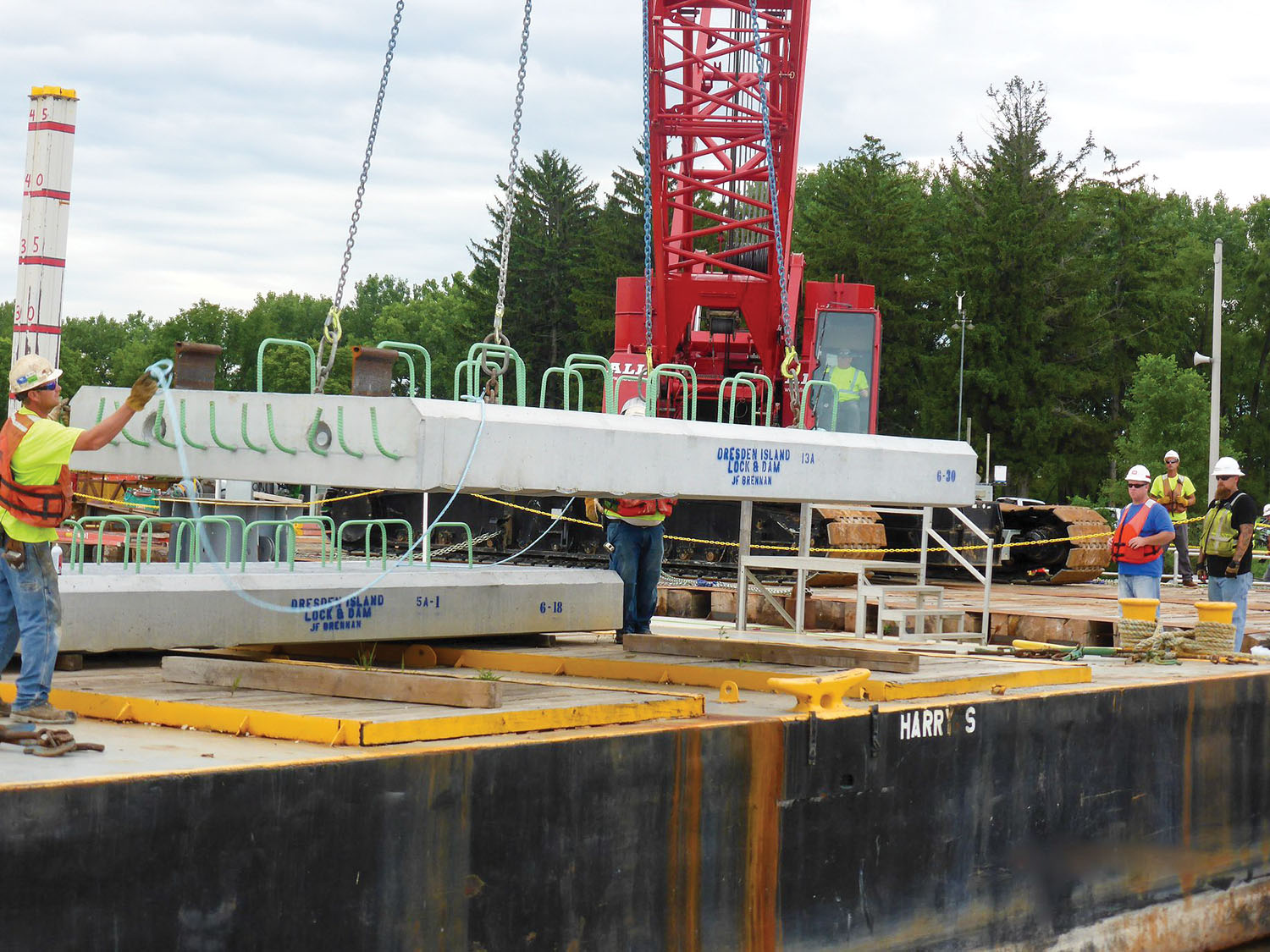 <
►
>
What is left of the lower sill after concrete removal at Starved Rock Lock.