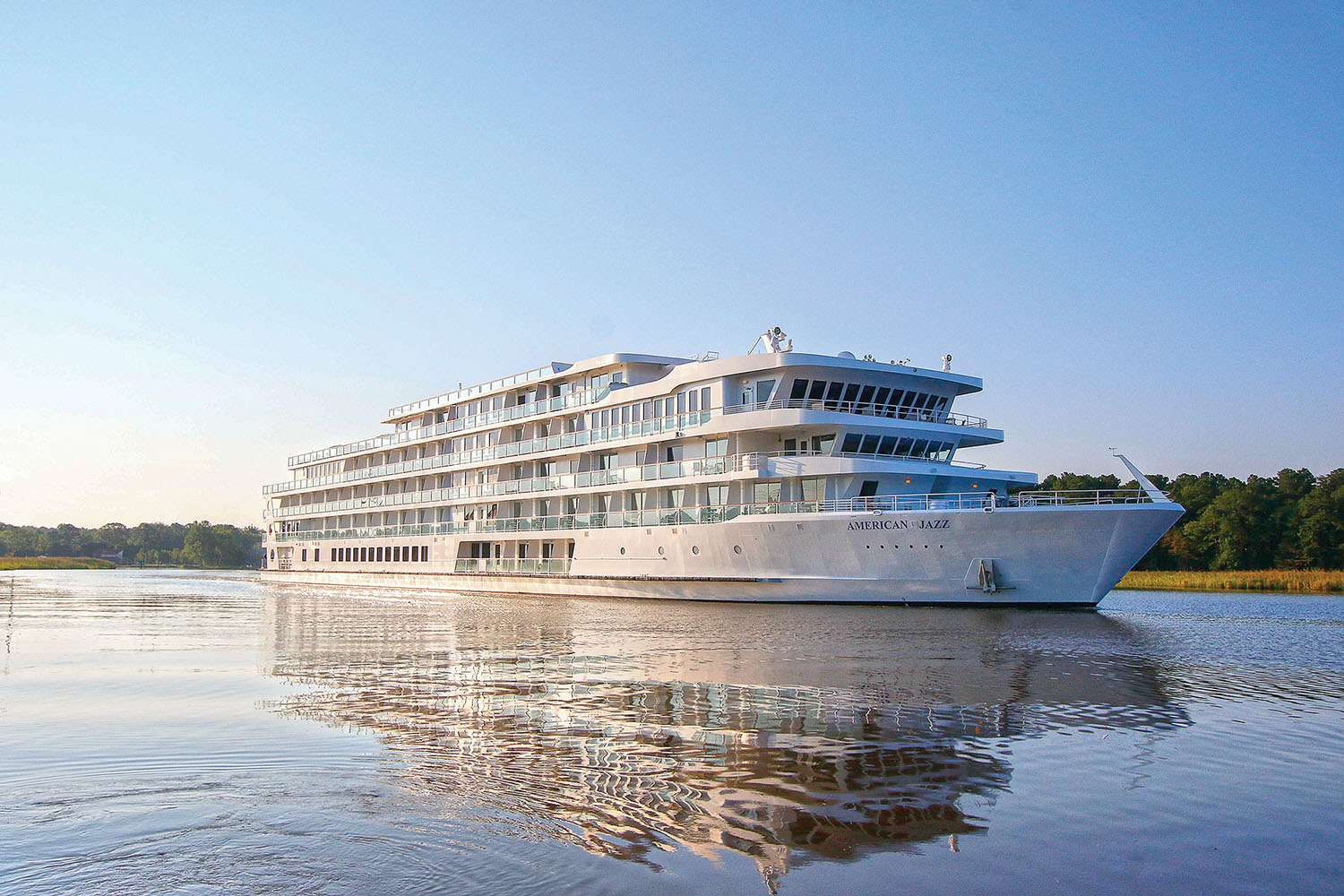 American Cruise Lines announced August 31 that the American Jazz has passed sea trials. Following the successful trials, the company accepted delivery of the riverboat from Chesapeake Shipbuilding in Salisbury, Md.

The 190-passenger American Jazz is the latest in American’s series of five new modern riverboats and will be added to the company’s fleet on the Mississippi River. American’s building plans have continued at full strength, despite this year’s pause in cruising, underscoring the line’s confidence in domestic U.S. small-ship cruising.

“American Jazz and the modern riverboats we currently have under construction demonstrate our commitment to leading the U.S. river cruise market by adding new small ships each year,” said Charles B. Robertson, president and CEO of American Cruise Lines. “The outlook for 2021 is tremendous, and we look forward to American Jazz’s first full season on the Mississippi, as well as the introduction of American Melody, the next new ship to follow in our modern riverboat series.”

American’s small-ship fleet has expanded year after year, as the company continues to introduce innovative small ship designs for the Mississippi River, the Columbia and Snake rivers, and across the U.S.A. Since 2017, American Cruise Lines has debuted five new ships; expanding its overall fleet to 12 ships in 2020, with more new builds coming in 2021 and 2022.

In late August, with the U.S. Coast Guard aboard, American Jazz successfully underwent speed trials, an endurance run and was thoroughly tested in all areas of safety and maneuverability. The new ship possesses the latest safety equipment as well as the most environmentally friendly technology in the industry, the company said. American Jazz is the line’s third modern riverboat, following the American Harmony in 2019 and American Song in 2018.

The vessel will also showcase a collection of artwork by New Orleans-based artist Greg Creason, including original oil paintings and sculptures commissioned by American.

Accommodations aboard American Jazz include standard staterooms from 300 to 350 square feet, all with full-size sliding glass doors and private furnished balconies. The new ship also offers suites up to 650 square feet, as well as single staterooms at 250 square feet. Each stateroom has an independent HVAC system with no shared duct work.