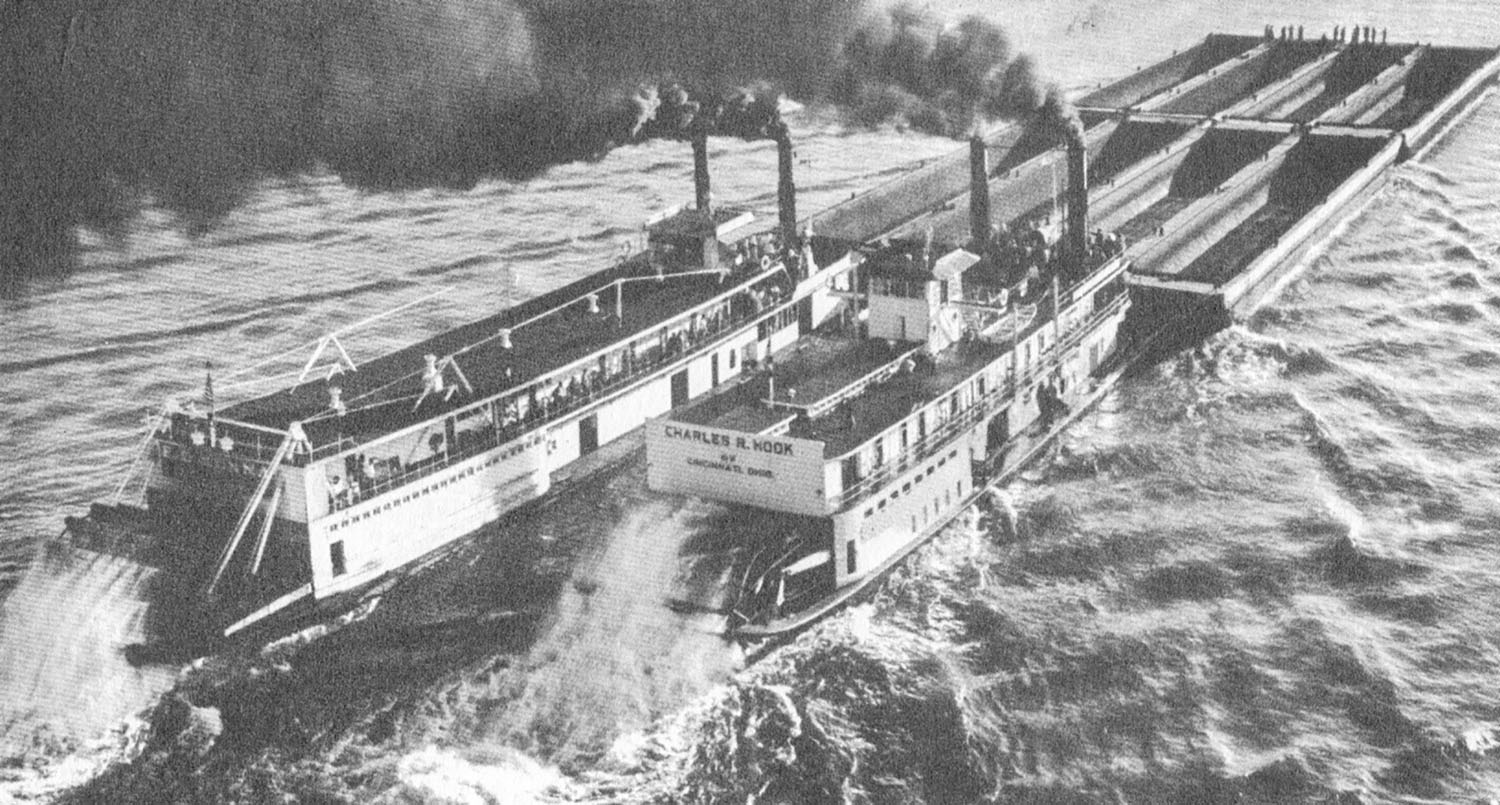 Built by Ward at Charleston, W.Va., in 1926, the towboat E.D. Kenna was constructed for the Ohio River Company of Cincinnati, Ohio, on a steel hull that was 144 feet in length by 32 feet in width. Four coal-fired return-flue boilers supplied steam to condensing engines (rated 700 hp.) with 15-inch cylinders and a seven-foot stroke.

The first time the riverboat departed the Ohio River was in June 1935, when it was sent to St. Louis, Mo., for a barge of scrap that was consigned to Ashland, Ky.

In 1936, the sternwheeler was taken to the Dravo ways at Neville Island, Pa., and lengthened to 171 feet.

By the spring of 1937, the Kenna went to the Illinois River in the coal-towing trade. At this time the boat’s master was Capt. Thomas Craig, with Capt. W.L. Foley and Capt. Charles Spear as pilots.

The vessel was sold on December 11, 1948, to Lucas Towing Company, of Stout, Ohio. After the boat returned to the Huntington–Cincinnati run, the steamboat was in command of Capt. George Hamilton (1855–1941), whose father had been a pilot on well-known sidewheelers of both the Greene Line and White Collar Line. Capt. Hamilton had the distinction of being the first enrolled member of the Sons & Daughters of Pioneer Rivermen (S&D) when the organization was formed in 1939. Capt. David Stout also served as master for a time.

In 1952, the Kenna was victorious in a race with the towboat Charles R. Hook at Huntington, W.Va. Both boats pushed four barges in the contest.

The Kenna was taken under its own steam to Brownsville, Pa., in late 1952 and traded in to the Hillman Barge & Construction Company for a replacement towboat, the diesel-powered Lucy Jane Lucas, which had been built in 1949 as the Henry L. Hillman. The Kenna was dismantled in the spring of 1953.

Built by Ward at Charleston in 1922 as the Destrehan, the attractive towboat Charles R. Hook—with pilothouse amidships on the roof—had a steel hull measuring 133 feet in length by 32 feet in width. The boat was renamed in May 1941 by the American Rolling Mill Company, which had purchased it from the Pan American Petroleum Company at New Orleans, La. Four boilers provided steam to high-pressure engines having 18-inch cylinders with a seven-foot stroke.

The boat was partially dismantled in 1957 and later purchased by Capt. John Beatty, who converted the riverboat into a floating restaurant named Captain Hook. The enterprise opened at the Cincinnati waterfront on May 8, 1964, and was so successful that, by 1968, it was replaced with a larger steamboat, the Mike Fink, remodeled from the retired towboat Charles Dorrance. The Hook was ultimately scrapped, but the Mike Fink is extant and currently owned by Capt. Bob Harrison, who has it moored at Bellaire, Ohio, following extensive hull repairs. The vessel is now used as a landing barge.