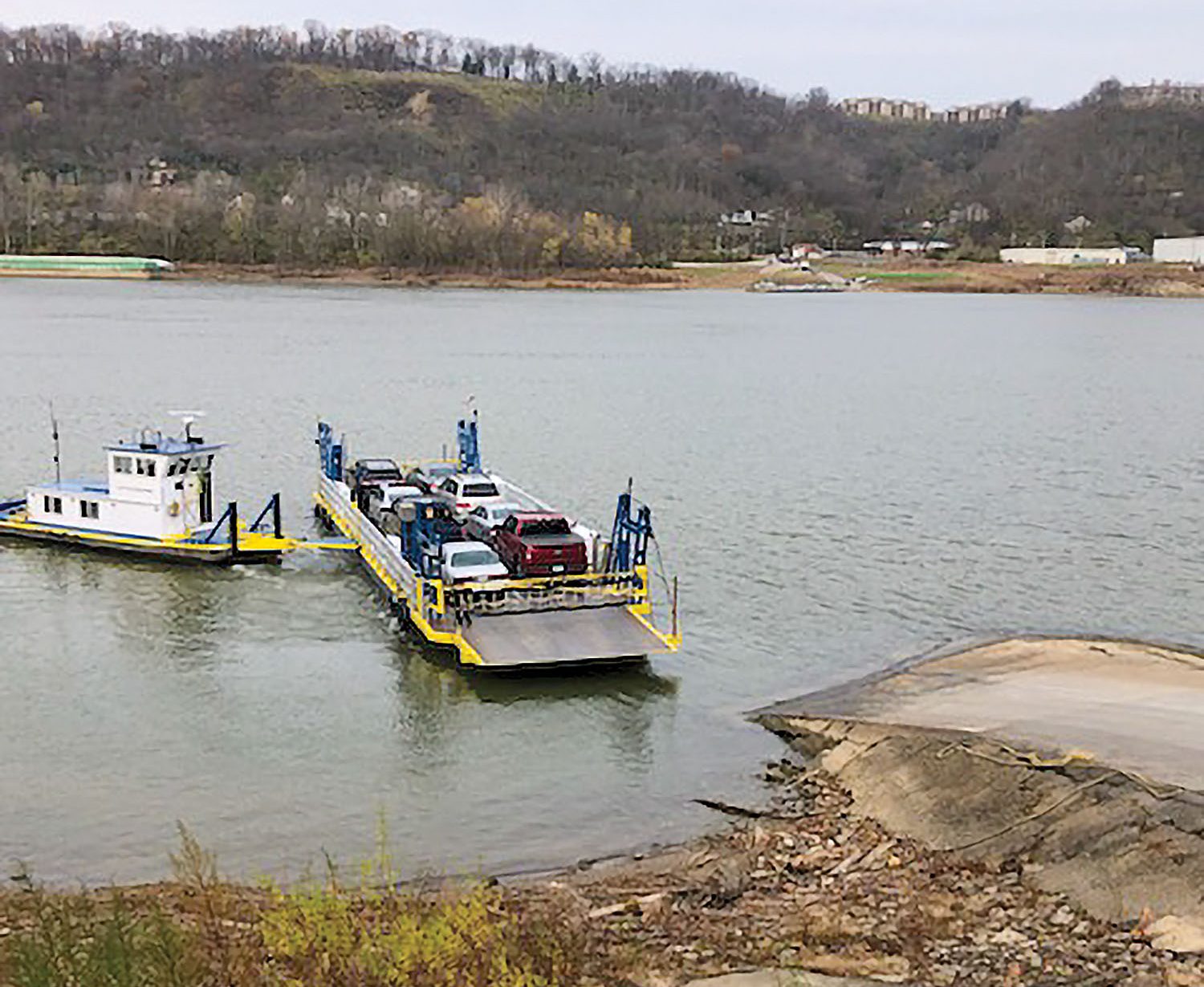 A 203-year-old ferry business is booming after a wreck disabled a major bridge in the Cincinnati, Ohio, area.

“It’s probably the busiest we’ve ever been at one stretch,” said Paul Anderson, who with his wife, Deborah, has owned and operated the Anderson Ferry on the banks of the Ohio River since 1986.

Anderson began working on the ferry after school in 1961, then got his operator’s license when he turned 18, so he has decades with which to compare the traffic. The ferry itself dates back to 1817.

Anderson knew something unusual was going on by about 8:30 or 9 a.m. November 11, when there was a suddenly growing line of cars waiting to cross between Kentucky and Ohio on the ferry.

“I found out the traffic was lined up on both sides of the river because of the bridge being closed,” he said.

A tractor-trailer had jackknifed on the Brent Spence Bridge about 2:45 that morning. A second truck, carrying potassium hydroxide, crashed into it. Diesel fuel spilled and burned, causing extensive damage on the span directly over the navigational channel. The river was closed a mile in both directions twice over the next few days. Portions of the bridge’s upper and lower decks and structural steel are being replaced. Normally the Brent Spence Bridge carries about 160,000 vehicles a day across the Ohio River on I-71/75. It remains closed.

Anderson was, of course, sorry to hear about the wreck and the major wrench it threw into the transportation system, but the boost to his business was sorely needed after COVID-19 made for a difficult 2020.

“Early on when COVID-19 first hit, it was devastating to just about every business,” Anderson said. “Nobody was going in bars and restaurants, and so many people were working from home. Things started to improve later in the summer and towards fall, and then I could see where things were slowing down again. With the bridge closure, it’s been a shot in the arm in that regard. It really couldn’t have come at a better time, but it’s sad it has had such a tragic effect on the area.”

This spring, Anderson remembered waiting 20 or 30 minutes at the ferry landing for a vehicle to want to cross.

“You can’t pay all your bills and meet all your expenses with that kind of traffic,” he said.

He considered cutting down to one ferry boat for all or most of the day instead of two boats or cutting the ferry’s operational hours.

All of that changed with the bridge’s closure.

“We’re as shocked as everybody,” Anderson said.

Unexpected free publicity helped the ferry as newspapers and television news programs listed it as an alternate way across the river.

“We were just totally swamped with traffic backed up a long way each way,” Anderson said of the early days of the bridge closure. “It’s kind of evened out a little bit. It’s still busy, but they’re not lined up and down the highway like they have been.”

Repairs to the bridge are expected to continue through December 23. The Kentucky Transportation Cabinet is posting updates at brentspencerepair.com.

For now, Anderson said he is enjoying the brisk business. He is running two boats during the morning rush, most of the afternoon and until past sunset and has brought in a second employee on deck as temporary help.

“We’re doing twice as much business, some days probably a little more,” he said. The boats aren’t making many more trips, but nearly every trip, he said, they are nearly full to capacity.

The news stories have also put some people in mind of a trip on the ferry for nostalgia, and they are finding it makes for a socially distant family outing.

“A lot of people said, ‘well my parents or grandparents brought me down when I was a little kid, and now I’m bringing my kids down,’” Anderson said.

He is also hopeful that even when the bridge reopens, some commuters will decide, at least now and then, to take the ferry instead.

“We have had so many people come down who said, ‘I knew the ferry was here, but I never had a reason before,’” he said. “I think it will put it in mind where they might occasionally take the ferry.”

Caption for photo: The Anderson Ferry, a more than 200-year-old ferry connecting Constance, Ky., to Cincinnati, Ohio, across the Ohio River, has more than doubled its business since November 11, when a fire shut down a major bridge over the river. (Photo by Paul Anderson)