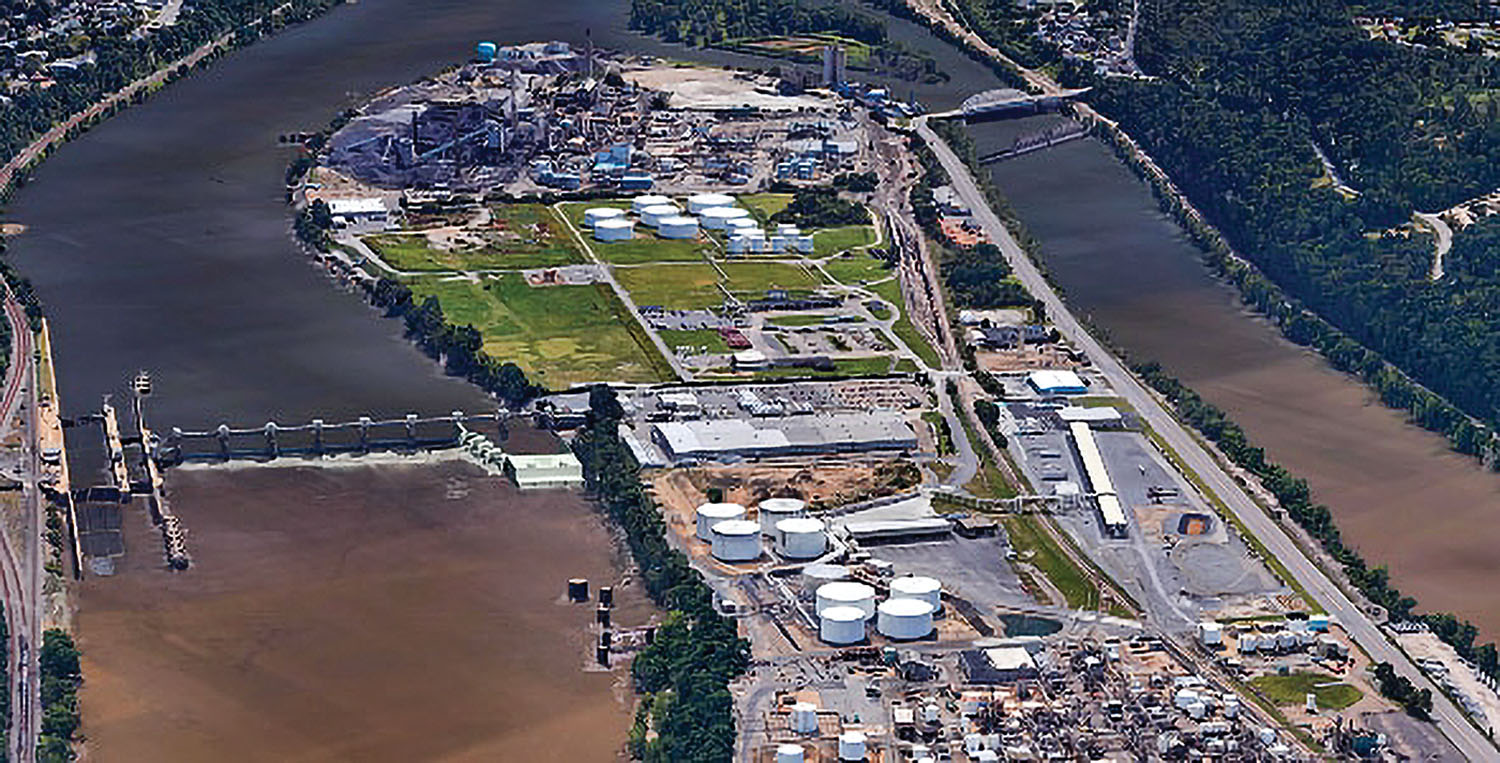 County Invests In Hydropower Plant To Be Built At Emsworth

A Pennsylvania county has signed an agreement to purchase renewable energy generated through a new hydropower plant planned at an existing dam on the Ohio River.

On January 28, Allegheny County Executive Rich Fitzgerald announced the county has entered into a 35-year power purchase agreement with Rye Development, based in Boston, Mass., to purchase the power generated by a 17.8-megawatt, low-impact hydropower facility Rye is building. He called the announcement a landmark day for the county.

The facility is planned to be built at the Emsworth Main Channel Dam on the Ohio River. Rye Development has collaborated with the Army Corps of Engineers, which operates the dam, on the project’s development. It requires the Corps’ approval before construction begins. Construction on the hydropower plant is planned to begin in late 2021, and it is expected to be operational as early as mid-2023, according to Allegheny County.

“This contract with the county not only demonstrates its leadership and commitment to a sustainable future, but also is integral to ensuring the successful construction and development of the Emsworth Main Channel Project,” Rye Development LLC CEO Paul D. Jacob said. “With this action, County Executive Fitzgerald has signaled to other stakeholders in the community that new hydropower on existing dams will provide 24/7 renewable energy while also resulting in local infrastructure investment.”

Although the Corps of Engineers didn’t speak specifically about this project or any determinations concerning permit application, Lenna C. Hawkins, deputy district engineer for the Pittsburgh Engineer District, said in a written statement, “The Federal Power Act (FPA) authorizes the Federal Energy Regulatory Commission (FERC) to issue licenses to non-federal entities to develop hydropower at suitable federally owned dams. The US Army Corps of Engineers, Pittsburgh District is responsible for 23 navigation dams with six active hydropower facilities and 16 reservoirs with four active hydropower facilities. Section 14 of the Rivers and Harbors Act of 1899 (33 U.S.C. § 408) requires developers to obtain a Section 408 permit from the Corps before altering, occupying, or using a federally owned dam for a new hydropower facility. The District engages with current developers to identify applicable statutory, regulatory, and policy responsibilities, to provide data, studies, and other information relevant to the development of the hydropower facilities, and to identify issues and concerns related to specific sites. The hydropower facilities must be designed and constructed in consultation with and subject to the review and approval of the Corps, to include appropriate environmental review.”

Allegheny County officials discussed various ways to support the renewable energy industry before deciding to take advantage of the region’s extensive waterways and rivers and existing dam infrastructure. A run-of-river hydropower dam was selected in part for its use of the existing flow of the river, minimizing environmental impact compared to traditional reservoir dams, the county said in a statement.  Additionally, hydropower dams are long-lived assets that are known to generate renewable energy for 80 years or more.

The county began moving toward its renewable energy goal by issuing a Request For Proposals in April 2019 for developers of hydropower facilities. After reviewing the submissions, the county issued an informal intent to award to Rye Development in late 2019.

Currently, Allegheny County uses roughly 50,000 MWh of electricity a year for buildings and operations. The majority of the energy is purchased through a consortium of buyers that, beginning this year, shifted to making energy purchases through 100 percent renewable resources, although many of those sources are not local. The county’s goal is to achieve 100 percent renewable energy through local sources.

The plan calls for Allegheny County to buy about 40 percent of the electricity generated by the plant, with Rye Development selling the remaining power to other customers.

ACaption for photo: An artist’s rendering shows what a new hydropower plant planned for the existing Emsworth Main Channel Dam on the Ohio River would look like. Following approval from the Corps of Engineers, construction could begin later this year. (Photo courtesy of Allegheny County Executive’s Office)