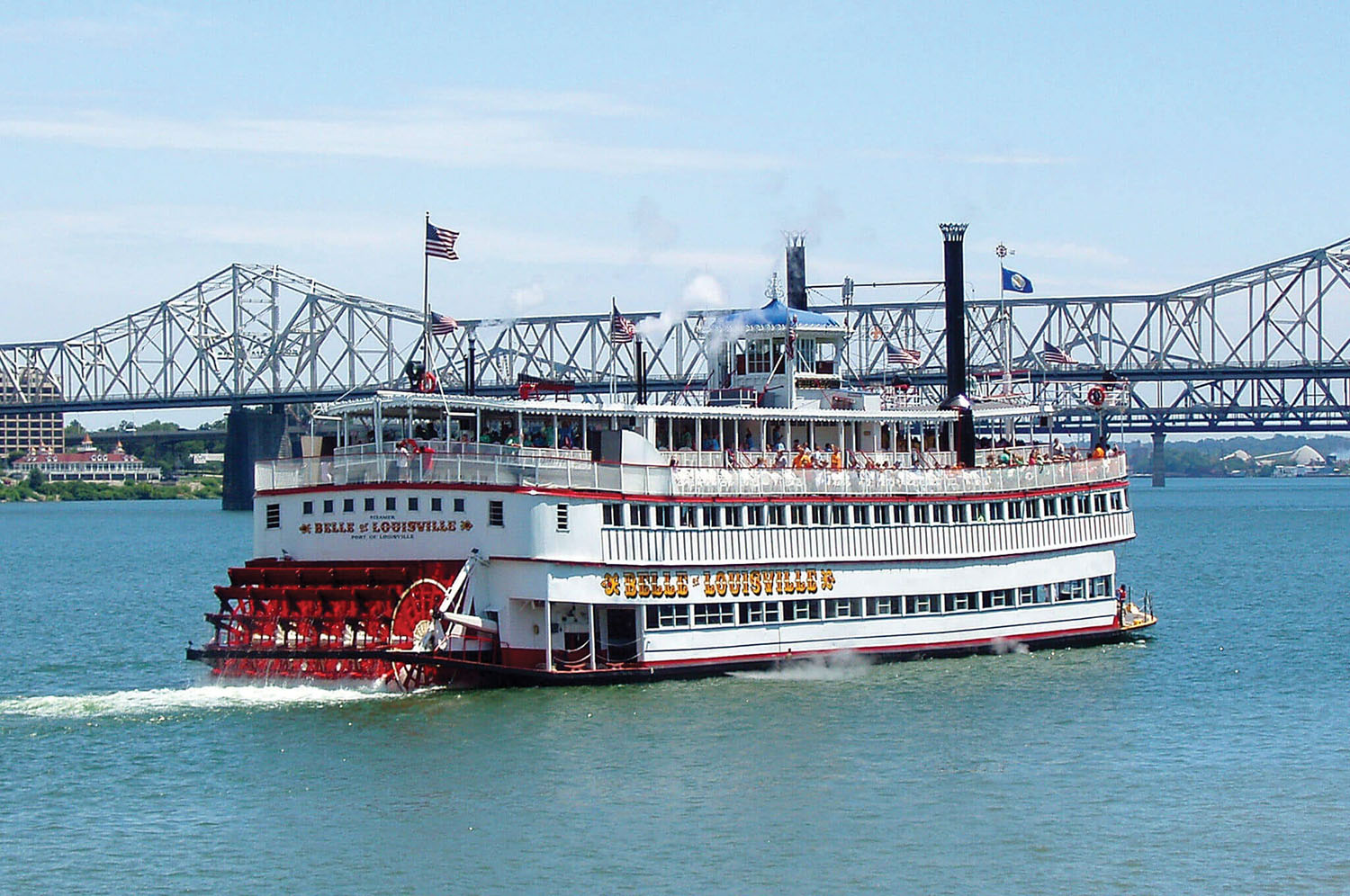 Belle Of Louisville Steams Into 2021, Despite Financial Shortfall

The 107-year-old Belle of Louisville is back steaming down the Ohio River, but the boat’s operators say that without $4.1 million in additional funding over the next five years, continued operation will be difficult.

Krista Snider, the Belle’s CEO, presented a request for funding, including $725,000 for emergency funding for this year, to the Louisville Metro Council budget committee last month. That is on top of the $528,000 the council previously appropriated for the 2020-21 fiscal year.

Of the amount requested in emergency relief, $201,000 is because of shipyard-related labor costs not  able to be booked to the capital budget, Snider said. The Department of Homeland Security requires that watches be kept 24 hours a day, she said.

To continue operations, Snider said she also expected to need metro government funding of $975,000 next year and $710,000 the year after that.

Because the Belle of Louisville is owned by the Louisville Metro government, the boat and its two sister vessels were unable to receive any funding from COVID-19 relief programs, Snider said. Belle of Louisville Riverboats also operates the Mary M. Miller, which also offers passenger cruises, and the Mayor Andrew Broaddus, which serves as a ticket office and along with the Belle is recognized as a National Historic Landmark.

At the same time, passengers were down 88 percent in 2020 compared to 2019, with 9,819 passengers in all of 2020 compared to 79,451 passengers in 2019. While cruises are typically offered beginning in March for the Mary M. Miller and April for the Belle of Louisville and continue into October for the Belle and December for the Mary M. Miller, the pandemic forced both boats to remain wharfside until mid-June. Cruises were then discontinued in mid-November, when infection rates in Kentucky increased. During most of that time, the boats were operating at 25 or 33 percent capacities, due to pandemic-related government restrictions.

Total revenues decreased 84 percent in 2020 compared to 2019, and the number of cruises decreased by 77 percent, from 415 down to 95, according to a fact sheet Snider prepared. That is in line with other passenger boats. The Passenger Vessel Association (PVA) reported similar organizations to the Belle of Louisville seeing business decreases of between 80 and 90 percent.

Belle of Louisville Riverboats brought all permanent employees back from furlough in early March to get both the Belle and Mary M. Miller ready for the season, Snider said.

The first cruise for the 2021 season was a moonlight cruise March 13 aboard the Mary M. Miller. The Belle of Louisville’s first cruise of the season was April 3, a sunset cruise with live music.

“It was sold out,” Snider said.

Due to continuing issues related to COVID-19, the Belle currently operates at 50 percent capacity with temperature checks and face masks required for both crew and passengers. Popular events are expected to return this year, however, with tickets being sold for the Mary M. Miller for the April 28 Great Steamboat Race, where it will serve as a chase boat in the Belle of Louisville’s contest with the Belle of Cincinnati and American Duchess.

Snider said she also remained grateful to all those who reached out during last year’s fundraising efforts, buying gift certificates and offering donations.

“We had tremendous support via our new membership programs and donations: not enough to make up for the impact of a global pandemic, but it’s been a springboard to start our fundraising programs in earnest,” she said.

She asked that those interested helping this year buy tickets, become members, donate and buy Belle of Louisville merchandise.

Other efforts to increase interest and revenue in 2021 include new narration content on regular cruises, new educational programs and a closer relationship with area schools.

Wharfside tours and museum experiences, including a Home Port Adventures series, are being offered in 2021.

New public programming also is being offered as part of Louisville Tourism’s Black Heritage “Unfiltered Truth Collection,” which features content recognizing the symbolic and geographic role the Ohio River played as a gateway to the “free North” for enslaved African Americans prior to and during the Civil War as well as the contributions of African Americans in the steamboat industry and to river commerce.
“I’m optimistic about the 2021 season!” Snider said. “We’ve already had great turnout for our cruises so far. We’re decreasing prices and adding more options to engage Louisville residents and tourists alike.”

Caption for photo: The steamboat Belle of Louisville, at 107 years old, has begun its 2021 season, offering passengers cruises on the Ohio River. The organization’s administrators have sought additional funding because of budget shortfalls, in part because of the COVID-19 pandemic. (Photo courtesy of Belle of Louisville Riverboats)