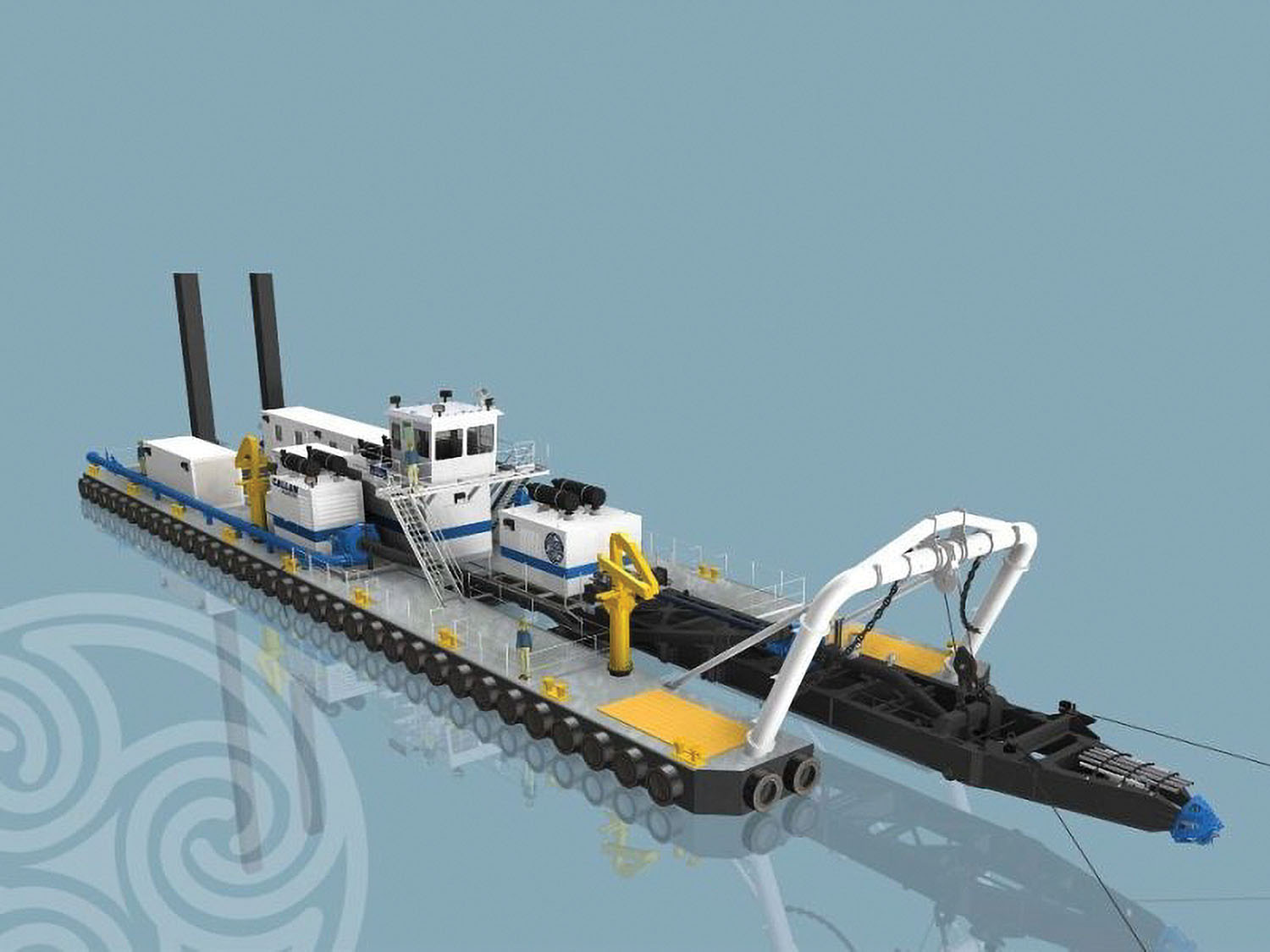 Callan Marine, a Galveston, Texas-based dredging company founded in 2009, has announced a contract with DSC Dredge of Reserve, La., for a new cutter suction dredge, to be named the General Marshall.

The General Marshall will measure 194 feet by 41 feet and will be equipped with an 18-inch dredge pipe. The dredge will feature a 300 hp. cutter and more than 3,000 total hp., and it will be able to dig in depths up to 60 feet.

“Our cutter suction dredge fleet continues to grow in order to meet the demands of the coastal market,” said Maxie McGuire, president of Callan Marine. “The General Marshall will add increased capabilities and response for maintenance and improvement dredging, allowing us to serve more clients in the public and private sector.”

Callan expects to put the General Marshall into service in 2022.

“Callan Marine LTD is an extremely professional and forward-thinking major dredging contractor, and DSC is proud to be selected as their design and build partner on this new dredge project,” said Charlie Johnson, director of domestic dredge sales for DSC.

Callan’s brown water fleet has done work for the Port of Corpus Christi; at the Texas Department of Transportation’s ferry landing in Port Bolivar, Texas; for Texas A&M University at Galveston; and for ports in Beaumont, Port Arthur, Neches and Ingleside, along with rivers in between.