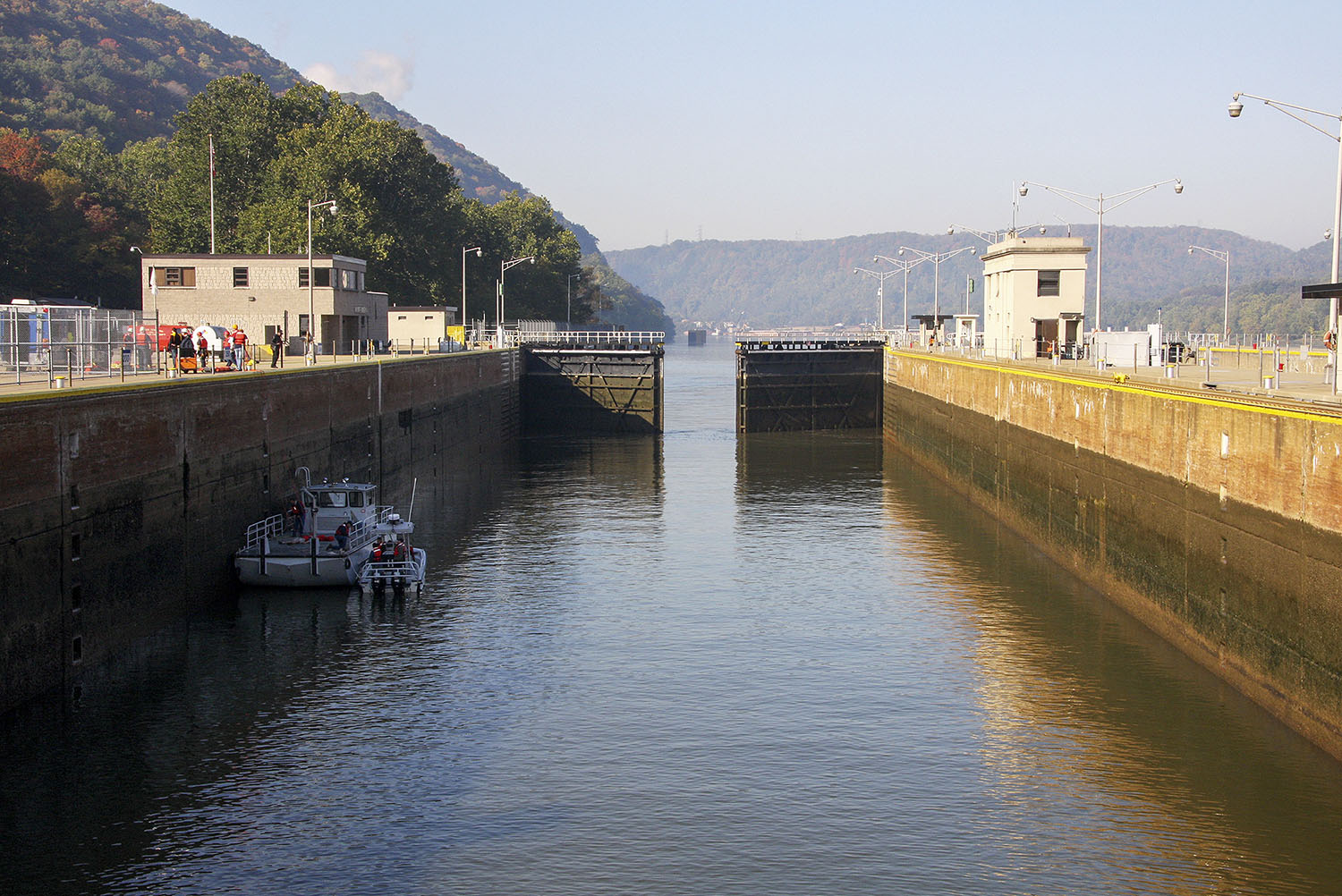 Richard Goettle Inc. of Cincinnati, Ohio, won the roughly $4.7 million contract to construct a secant pile wall designed for ground retention and stabilization of Montgomery Dam prior to construction of a new lock chamber there. Construction is expected to begin in the fall.

“We are excited for this opportunity to provide much-needed improvements to our infrastructure,” Col. Andrew Short, commander of the Pittsburgh Engineer District, said. “We are committed to maintaining reliable inland navigation to this region and our nation.”

The project involves three locks and dams on the Ohio River: Emsworth (Mile 6.2), Dashields (Mile 13.3) and Montgomery (Mile 13.7). Existing 360- by 56-foot auxiliary lock chambers will be replaced with new 600- by 110-foot chambers—the same size as existing main chambers—at each.

“They are the oldest and smallest on the Ohio,” Chris Dening, the Pittsburgh Engineer District’s project manager for the Upper Ohio Navigation Project, said earlier this year of the three navigation locks. “They were built in the ‘20s and ‘30s and really are reaching the end of their functional life.”

Construction of the new lock chambers was approved by Congress in 2016, with some funding for pre-construction and design activities beginning in 2017. However, funding remained limited. In January, Congress passed an appropriations package that allowed the project to receive $22 million in work plan funding to carry out more in-depth design analysis, acquisition of necessary real estate and the ability to solicit for and award the first contract.

Approximately 15 million tons of commodities pass through the Upper Ohio River system annually, according to Corps data. The project will provide an estimated $85 million in annual net benefits to the nation and is expected to support 28,800 jobs over the construction period and 5,300 jobs annually during operation and maintenance of the facilities afterward.