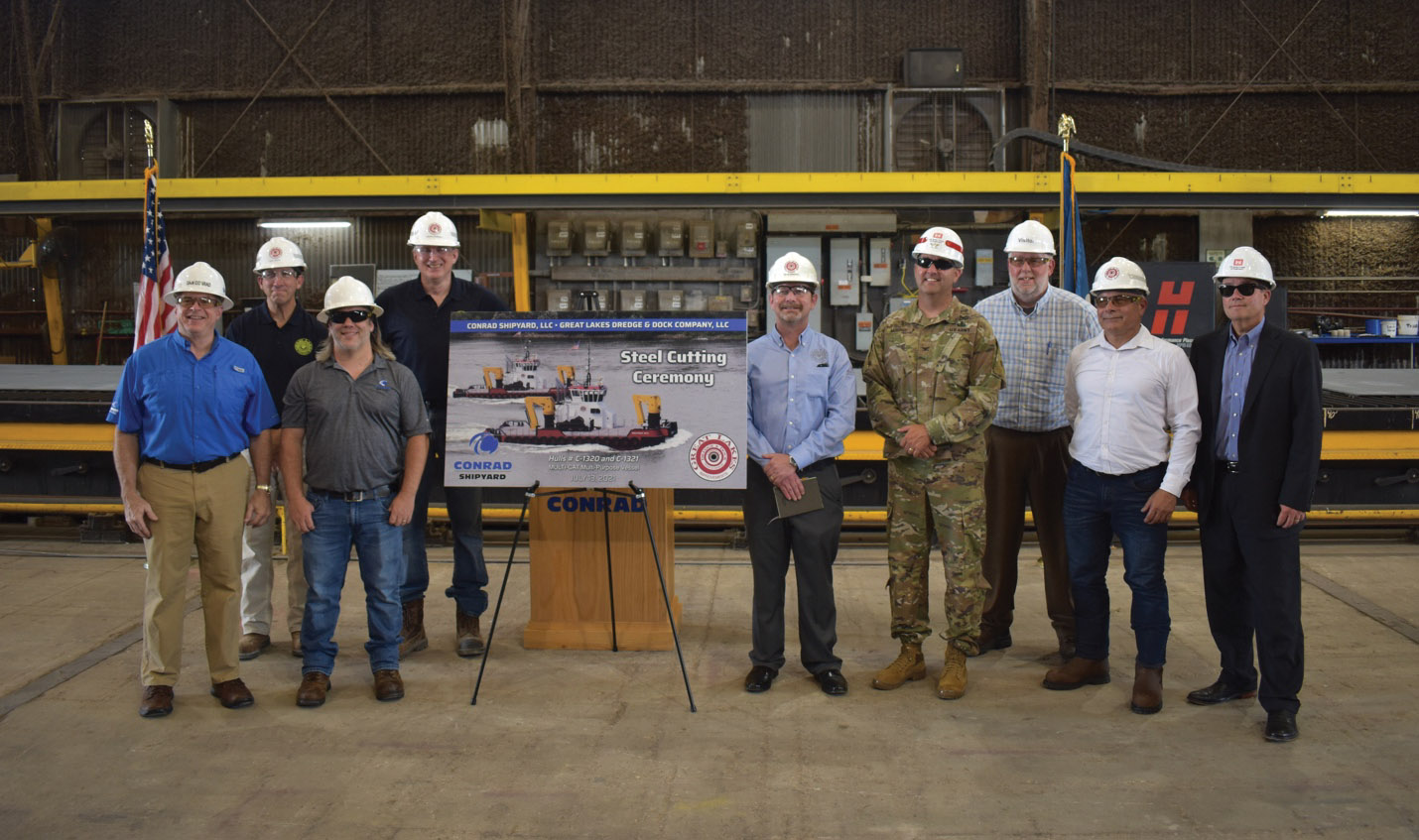 The ceremony signifies the start of construction of two Damen-designed Multicat vessels, the first Multicats to be built in the United States. Deliveries are scheduled for the third and fourth quarters of 2022.

The two identical vessels measure 98.92 feet in length and are powered by three Caterpillar C32 TTA engines capable of meeting speeds of 10.2 knots. Equipped with large winches and deck cranes, the vessels will have maximum bollard pull of 31.75 short tons.

David Johanson, GLDD’s senior vice president of project and area operations for the Gulf of Mexico, said the new vessels eliminate the need for assorted floating support equipment such as derrick barges, towboats and anchor barges.

“We are pleased to be constructing multiple vessels for GLDD, and we value the continued confidence that GLDD has shown in Conrad and in our talented workforce—not only in new construction but also in repair,” he told GLDD representatives. “It is our pleasure to work with your team, and it is our honor to build these unique and versatile vessels for you.”