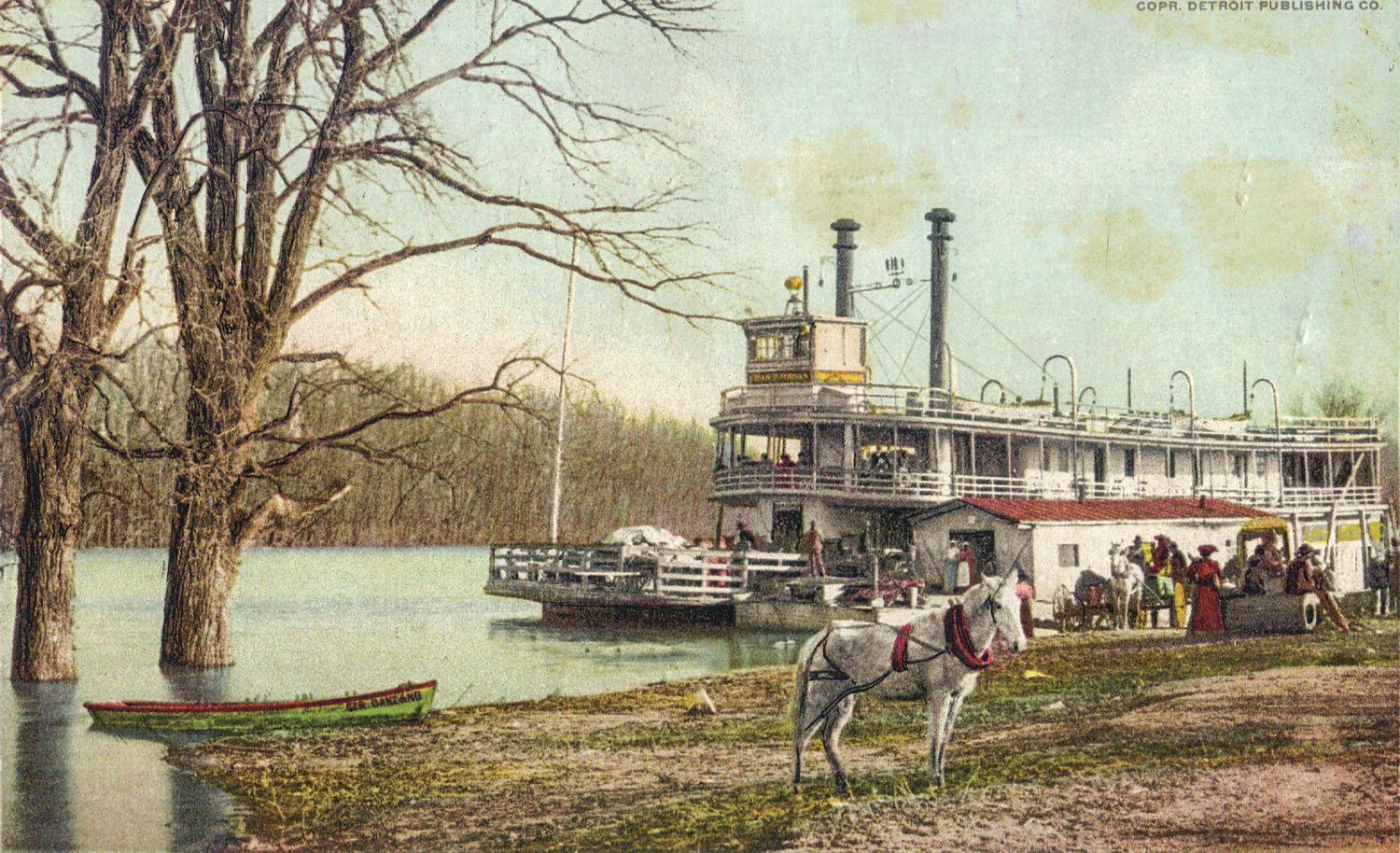 This week’s main image is one of my favorite Southern steamboat pictures.

The Charles H. Organ was built in 1897, at Dubuque, Iowa, for the West Memphis Ferry Company. A sturdy sternwheeler, the steel hull measured 135 feet in length by 30 feet in width. Two boilers supplied steam for engines having 13-inch cylinders with a 6-foot stroke.

Capt. John C. Wyckoff, who began his long and colorful river career as a wharfboat clerk, was master of the boat until he assumed command of the brand-new sternwheeler Idlewild, which replaced the Organ in January 1915.

In June 1918, the Organ was sold to the Patton-Tully Transportation Company at Memphis. After alterations, which involved relocating the pilothouse and smokestacks, the former ferry was converted into a towboat named Dan Quinn to honor Capt. Daniel J. Quinn, who long was master of various towboats at Vicksburg and Memphis. The Quinn mainly towed barges of logs or timber and did contract work. Capt. Fred Way wrote many years later that he recalled the boat’s whistle as being deep and sonorous.

The towboat was ultimately retired and dismantled. The image, featuring the serene white mule on the landing, was used as a widely circulated postcard.

For lagniappe, we feature a second ferry boat, the G.W. Robertson, built at Helena, Ark., in 1910. A wood-hulled sternwheeler, the vessel was 150 feet long and 40 feet wide, with a hull depth of 4 feet, 5 inches. The Robertson was used for ferry service at Paducah, Ky., replacing the Bettie Owen, owned by the Owen Brothers, which had burned in February 1910.

In early 1914, the Robertson went to Memphis to run excursions along with the Charles H. Organ until it was replaced by the new and soon-to-arrive steamer Idlewild in January 1915. The ferry was sold in December 1915 at a U.S. Marshal’s sale to Capt. Henry C. Murnan.

In the accompanying image, the Robertson is tied up at the Cairo, Ill., wharfboat near the iron-hulled propeller tug Theseus, built at Buffalo, N.Y., in 1886 and long owned by the Cairo City Coal Company for moving barges.

The late Capt. William H. Tippitt, veteran riverman and longtime pilot for the U.S. Army Corps of Engineers on the steamer Mississippi III and other vessels, once told this scribe of seeing the 70- by 16-foot Theseus valiantly tow the sternwheel towboat Joseph B. Williams away from the landing after the Williams caught fire at the Combine landing on October 14, 1914. The Theseus managed to pull the big sternwheeler, which was ablaze from stem to stern, almost half way across the river when the line burned through and parted. The Williams then sank amidst a spectacular shower of sparks and billowing smoke. There was no loss of life, and the cause was attributed to an overheated stove in the cabin or engineroom.

Named for a hero from Greek mythology, the Theseus operated until October 29, 1924, when it was lost to a boiler explosion at Eliza Point.