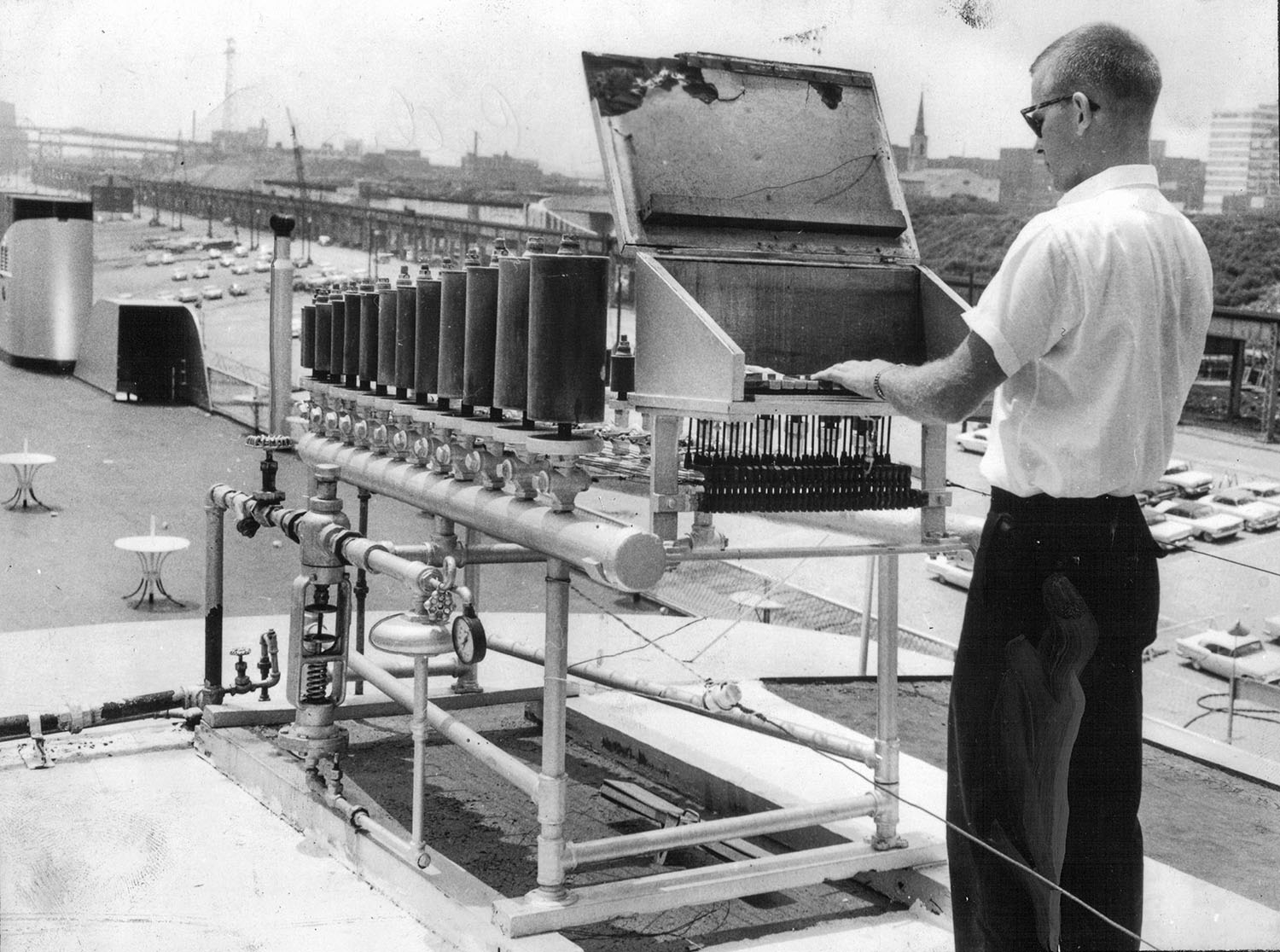 The Calliope Of The Capitol

The passing on July 14 of Capt. Bill Streckfus at age 88 brings to mind that he took special interest in maintaining the 32-note Nichol calliope that was perched high on the roof of the S.S. Admiral. Over the years there has been considerable controversy as to the origin of the instrument. However, a 1964 interview of the father-son team of Capts. Roy and Bill by a St. Louis Post-Dispatch writer should provide adequate information to close the case.

Capt. Roy, who grew up hearing calliope music from the various boats owned by his family, authoritatively said, “The calliope on the Admiral came off our old steamer, the Capitol, which worked the excursion trade from St. Paul to New Orleans. “The calliope was the main way we had to advertise that the boat was coming to town. We’d open the concert with “Happy Days Are Here Again” and pull them down out of the hills!”

The Streckfus Line purchased the big sternwheeler Dubuque in 1910 and continued packet service until 1917, making a charter trip in the spring of 1912 to the Shiloh Battlefield for the St. Louis & Tennessee River Packet Company. In November of 1914, Capt. Charles Martin, pilot, died at the wheel as the boat approached the railroad bridge at Alton, Ill. The engineer on watch noticed the boat veering off course, stopped and quickly backed full, averting tragedy. The off-watch pilot, Capt. Jack Richtman, was quickly summoned to the pilothouse as the trip safely resumed.

During the winter of 1919–20, the boat was taken to Keokuk, Iowa, for renovations, with the work completed at Davenport. The boat was renamed Capitol, the staterooms were removed to make room for excursionists and four new boilers were installed. The sternwheel was modified to measure 25 feet in diameter with 30-foot bucket planks having a dip of 24 inches. The pitmans were 24 feet long. There were four main rudders with two monkey rudders (aft of the wheel) to aid in steering the sternwheeler.

From 1920 until 1941, the Capitol traversed the Mississippi from St. Louis to St. Paul, usually wintering in New Orleans. The boat was a favorite of Rock Island, Ill., resident Walter Patsch, late father of Upper Mississippi River historian Judy Patsch.

With Capt. Roy long its master and after a safe and fruitful career (with growing concern for the waterlogged hull) the popular riverboat was retired, dismantled and scrapped in 1945 at the St. Louis levee. This writer prizes a small section of jigsaw railing (with many coats of white paint!) that was rescued by river historian Ruth Ferris (1897–1993) who recalled many stacks of the decorative wooden steamboat trim piled high on the levee.

The writer heard the calliope played at the levee several times but never had the opportunity to play it.

In the 1980s, during the tenure of the late Capt. Bill Carroll, the steam organ was removed, by helicopter, from the Admiral and was said to have been placed into storage. Riverboat enthusiasts are reportedly still trying to locate it. The Capitol’s large pilotwheel and the pitmans from the Admiral are displayed at the National Museum of Transportation in St. Louis.

Caption for top photo: The steam calliope from the Capitol atop the S.S. Admiral in 1962. (Keith Norrington collection)