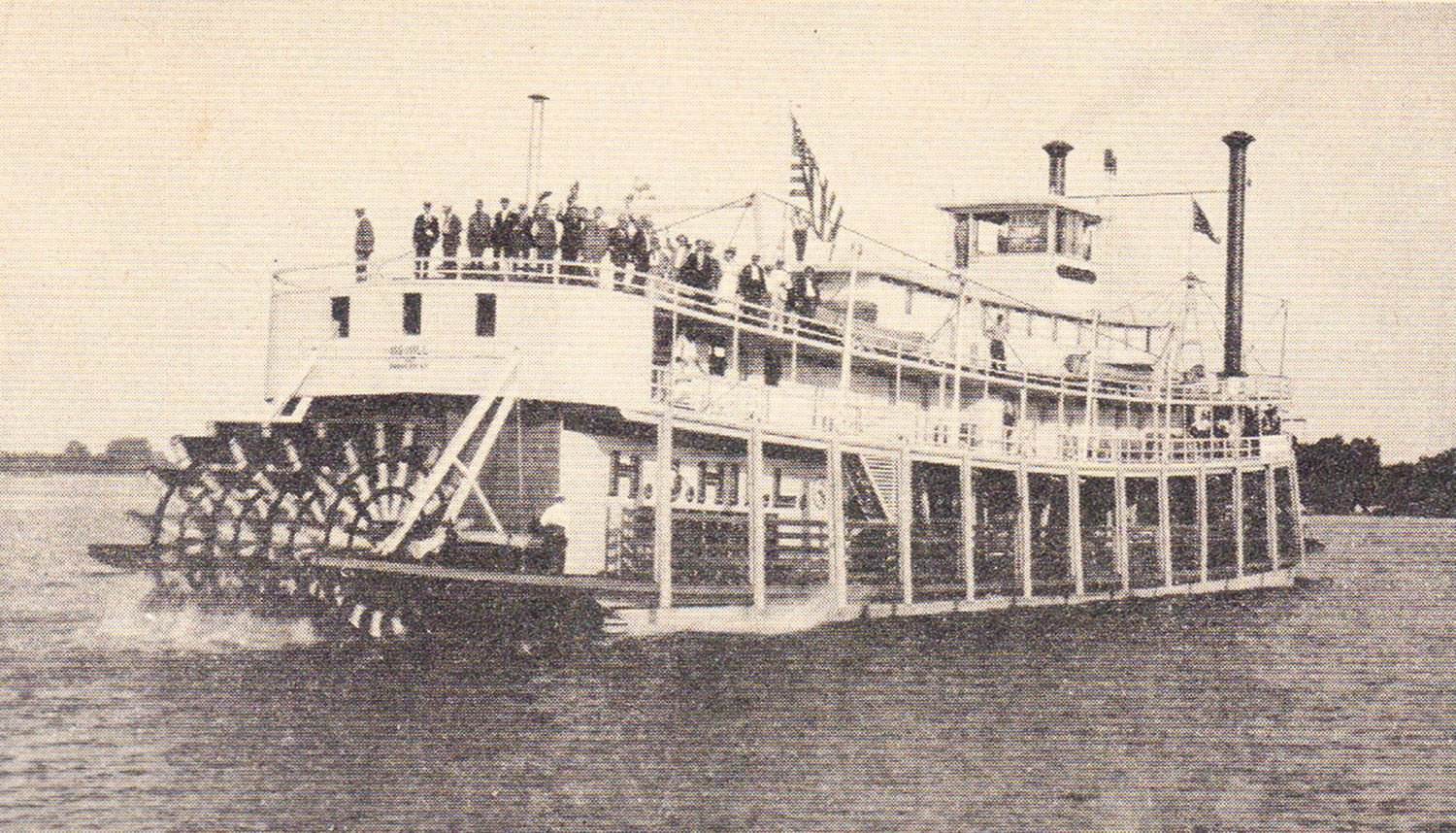 An attractive sternwheeler built by the Ayer & Lord Marine Ways at Paducah, Ky., in 1918, the H.G. Hill was 165 feet in length by 30 feet in width. The engines (12-inch cylinders with 6-foot stroke) were recycled from the packet Rapids, which was lost at Paducah in the 1918 ice gorge.

The wooden-hulled vessel was constructed chiefly for Capt. W.L. Berry, manager of the marine ways, who entered the vessel in the Paducah-Cumberland River trade, with a weekly trip to Clarksville, Tenn., and one trip to Nashville. In partnership with Capt. Berry were Annie I. Baker, who was also associated with the marine ways, and Capt. Tom Buckingham, who was master of the Hill. Originally it was planned that Capt. Fred McCandless would also be a partner in the venture by furnishing the engines from the Henry Harley; McCandless dropped out when other engines were secured.

At a time when packet boating out of Nashville had declined, a group of business people formed the Nashville Navigation Company. With Horace G. Hill, chain store grocery magnate, as president and Walter Clark as treasurer, the steamer Jo Horton Fall was placed in operation. Eventually, Capt. Berry was persuaded to place the H.G. Hill into the company for part cash and part stock.

Capt. Berry became vice president and manager, dividing his time between managing the marine ways at Paducah and the packet line at Nashville. Berry persuaded his son, Albert Berry, to relocate from Toledo, Ohio, to Nashville, where Albert became office manager and his wife secretary.

The H.G. Hill then ran once a week to Paducah and Evansville, and the Jo Horton Fall ran to upper Cumberland River points. Capt. Berry later added a third vessel, the small sternwheel steamer M.T. Bryan, which he converted out of the gasoline packet Gros Ventre, which originated as the J.H. Keene, built in 1903 at Chamberlain, S.D. The Bryan was named to honor the vice president and traffic manager of the L&N Railroad. During the third year of this arrangement, Berry, quite busy with work at the marine ways, decided to withdraw from the company for a cash settlement and the steamer M.T. Bryan.

The Nashville Navigation Company remained in operation, although spasmodically, owing to poor business or the inability for the Jo Horton Fall to navigate the upper Cumberland in low-water periods. The M.T. Bryan ran on the lower Cumberland until it burned on October 5, 1922, at Eddyville.

In 1927, the H.G. Hill was “caught out” during high water at Wooddale Grove, above Nashville. When the river receded to normal, the beached steamboat was stranded across the mouth of a small creek and highway, blocking access to a colony of summer cottages. Drastic measures were called for, and the riverboat was blasted out of the way. The engines were salvaged and went to the towboat Barbara Hunt in 1935.

Soon after the loss of the Hill, the Nashville Navigation Company ceased business and sold the Jo Horton Fall to Capt. Peters Lee of Memphis. Renovated at the Ayer & Lord ways, Paducah, the boat was converted into an excursion boat and renamed Valley Queen.