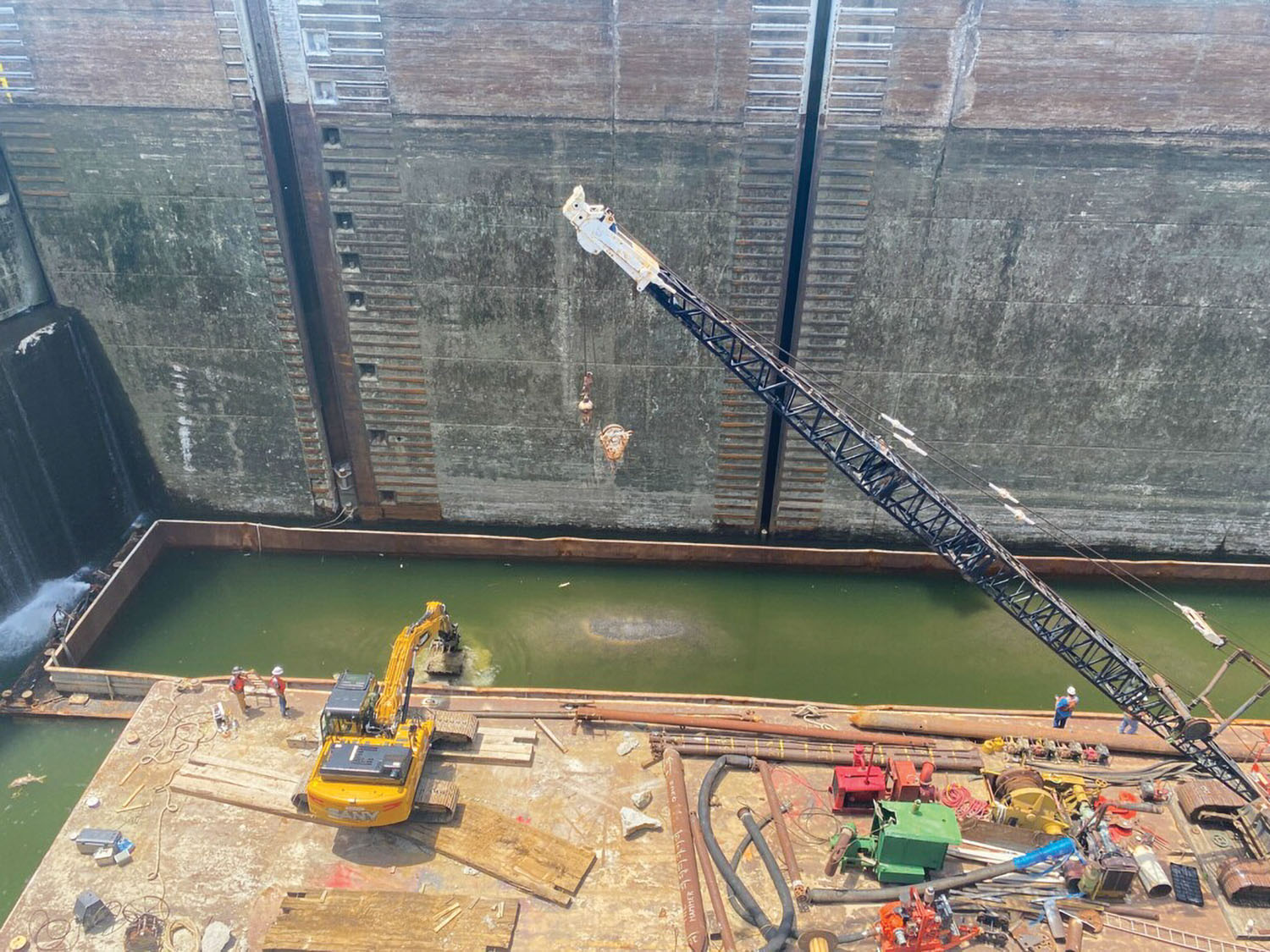 Kentucky Lock at Mile 22.4 on the Tennessee River reopened at 6 p.m. June 15 after being closed since June 11 when a barge sank in the chamber.

Salvage operations began June 14 and took two days, said Caleb Skinner, navigation manager for the Nashville Engineer District. The barge came to rest upright on the chamber floor, he said. Crews had to pump out water along with the approximately 2,000 tons of gravel it was carrying to float it again.

At 7:30 a.m. June 11, the mv. Amy Gattle, owned by Terral RiverService of Lake Providence, La., was downbound with 15 barges loaded with rock. It was making the first cut of a double locking with nine barges in the chamber.

“In the process of locking, their port stern barge rested on the miter sill of the lock and in so doing caused the head of the barge to submerge, causing it to take on water and subsequently sink,” Skinner said.

No one was hurt, and no damage was done to the lock, he said. The Corps of Engineers is investigating what caused the barge to come to rest on the sill.

The chamber was immediately closed, and all traffic was rerouted through Barkley Dam on the Cumberland River. The Tennessee and Cumberland rivers are linked by a canal. Heather King, public affairs specialist with the Nashville Engineer District, pointed out that Kentucky Lock had already been scheduled for a full closure June 13-15 with a daytime-hours closure afterward to continue through June 30.

“Although it’s an inconvenience, the timing could not be more perfect because the lock was already going to be closed,” King said.

Those closures were to paint the upper gates and then to replace the armor plating on the floating boom wall. That work was still scheduled to take place, Skinner said.