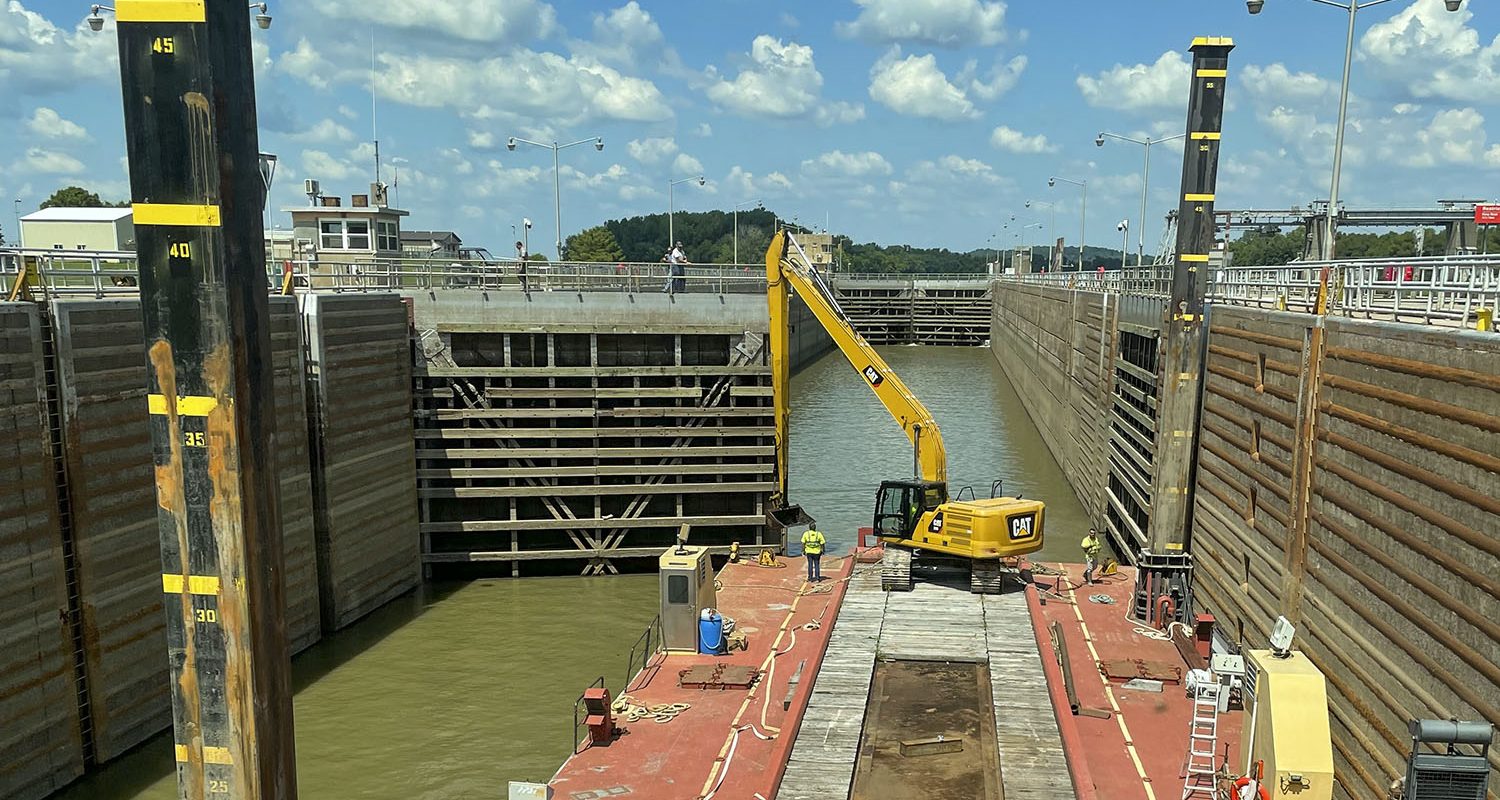 The St. Louis Engineer District’s Jerry F. Costello Lock was closed to traffic August 19 when it could no longer close its downstream miter gates due to silt and debris build up in the lock sill and chamber, the St. Louis District announced. Contracted divers were deployed to remove underwater obstructions, but the issue with the gate persisted. Crews from the St. Louis District’s Motor Vessel Pathfinder were on site August 23 to excavate silt that was preventing the gates from properly closing.

The Jerry F. Costello Lock (formerly the Kaskaskia Lock and Dam) is the only lock and dam on the Kaskaskia River, located at its mouth at the confluence with the Mississippi River at Mile 117.

“Our goal at the Jerry F. Costello Lock and Dam is to maintain reliable navigation to the region,” said Courtney Wilson, operations manager for the Carlyle Lake and Kaskaskia River Project. “After assessing the findings of the dive inspection, the St. Louis District’s mechanical dredging crew is actively working to safely reopen the lock as soon as possible.” Traffic on the Kaskaskia River ranges from barge traffic carrying grain, slag, aggregate and coiled steel to small recreational pleasure craft. The lock and dam facility also provides an opportunity for safe harbor for those wishing to tie off away from the Mississippi River.