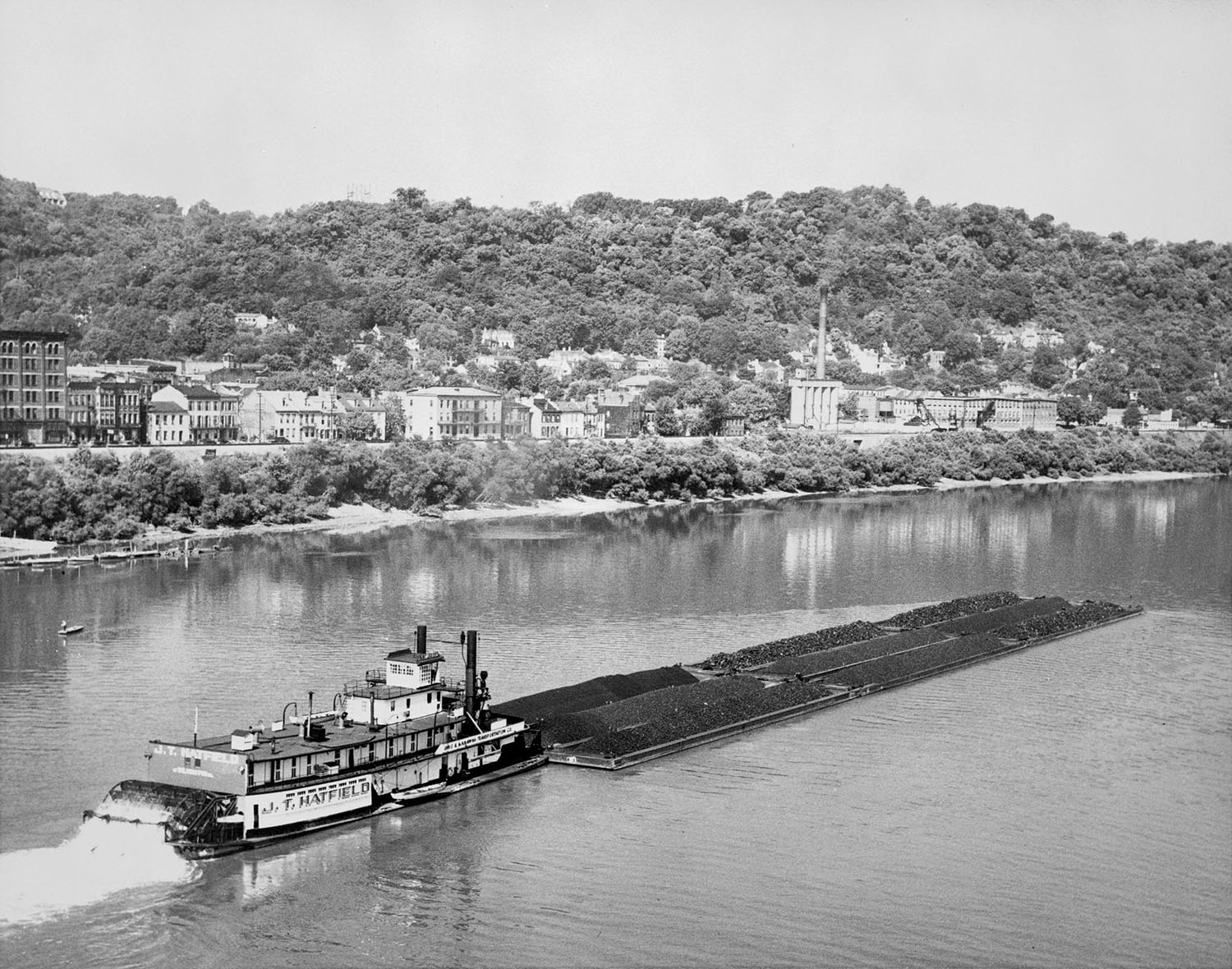 Last week we looked at the Str. General Ashburn. As mentioned, it was one of four steam, sternwheel towboats built by Dubuque Boat & Boiler Company for the Upper Mississippi Barge Line, and in turn leased to the Inland Waterways Corporation (IWC).

The first three of these boats were built in 1927, with the initial boat being the S.S. Thorpe, named for Samuel S. Thorpe, a Minneapolis realtor, founder of the National Association of Realtors and first chairman of the Upper Mississippi Barge Line Company (UMBLC). The second of the four boats to come out was the C.C. Webber, named for Charles C. Webber, a vice president of Deere & Company and last surviving grandson of John Deere. Webber had long been an advocate of an improved Upper Mississippi River channel and served as president of the UMBLC. The third boat was the General Ashburn, and the fourth, which came out in 1928, was the John W. Weeks, named for a recently deceased former secretary of war.

All four of these boats had steel hulls 130 by 35 by 5 feet with Nordberg condensing engines 15’s, 30’s with 6.5-foot stroke rated at 600 hp. The water tube boilers were fired by oil. The IWC operated the boats on the Upper Miss, Missouri and Illinois rivers.

The S.S. Thorpe was sold to the American Rolling Mill Company (Armco Steel) in 1940, and the same firm would also purchase the John W. Weeks in 1948. The General Ashburn was sold in 1941 to the Hatfield-Campbells Creek Coal Company, which would later purchase the C.C. Webber in 1947. Thus, all four sister boats came to the Ohio River and worked in close proximity to each other the remainder of their days.

The Hatfield-Campbells Creek Coal Company utilized the General Ashburn in towing coal from the Kanawha River to Cincinnati and sometimes Louisville in their Ohio & Kanawha Transportation Company. Capt. Charles M. Young, the master, had begun his career as cabin boy on the Robert P. Gillham in 1908, received his mate’s license in 1912, later his pilot and master’s license and was made master of the Gillham when that boat was renamed Henry C. Yeiser Jr. in 1925. He remained master of the Yeiser until it broke loose while on layup in a Kanawha River flash flood on August 15, 1940, and was wrecked on a pier of a railroad bridge below Charleston, W.Va.

I had the privilege of meeting him when I was a teenager, and as a young pilot worked with his younger brother, Capt. G. Ed Young. (Ed once told me that Capt. Charles Young had retired when Amherst stopped operating the sternwheel steamer Herbert E. Jones because he didn’t like propeller boats—they steered too fast.)

The General Ashburn was on lay-up at Reed, W.Va., now Port Amherst on the Kanawha River, when it caught on the bank on a falling river and sank on Christmas Eve 1944. It was raised about a week later and in 1945 was renamed J.T. Hatfield.

This was the second towboat to carry the name; the first was built at Point Pleasant, W.Va. in 1904 and dismantled in 1930. At some point the boat was converted to burn coal rather than oil, and the Hatfield interests were sold to Amherst Coal Company in 1951, with the river equipment operated as Amherst Barge Company.

The second J.T. Hatfield had her “15 minutes of fame” on April 24, 1956, when a staged race was held at Huntington, W.Va., between it and the Weber W. Sebald, which was a sister vessel, the former John W. Weeks then owned by Armco Steel. The NBC TV Today show, starring Dave Garroway, was broadcast live from aboard the Sebald, with both Garroway and the chimpanzee J. Fred Muggs on hand.

In September 1957, the Hatfield was sold to Armco, who renamed it Charles R. Hook, replacing another boat of that name that had been built by the Charles Ward Engineering Works in 1922 as the Destrehan.

In 1959, Armco decommissioned this second Charles R. Hook. By 1960 the company would be out of the boat business altogether. According to river historian Keith Norrington, the second Hook was partially dismantled and became a floating restaurant at Jeffersonville, Ind., called “The Riverboat.” It was moored in the backchannel of Six Mile Island when it sank in 1970 and was declared a total loss.