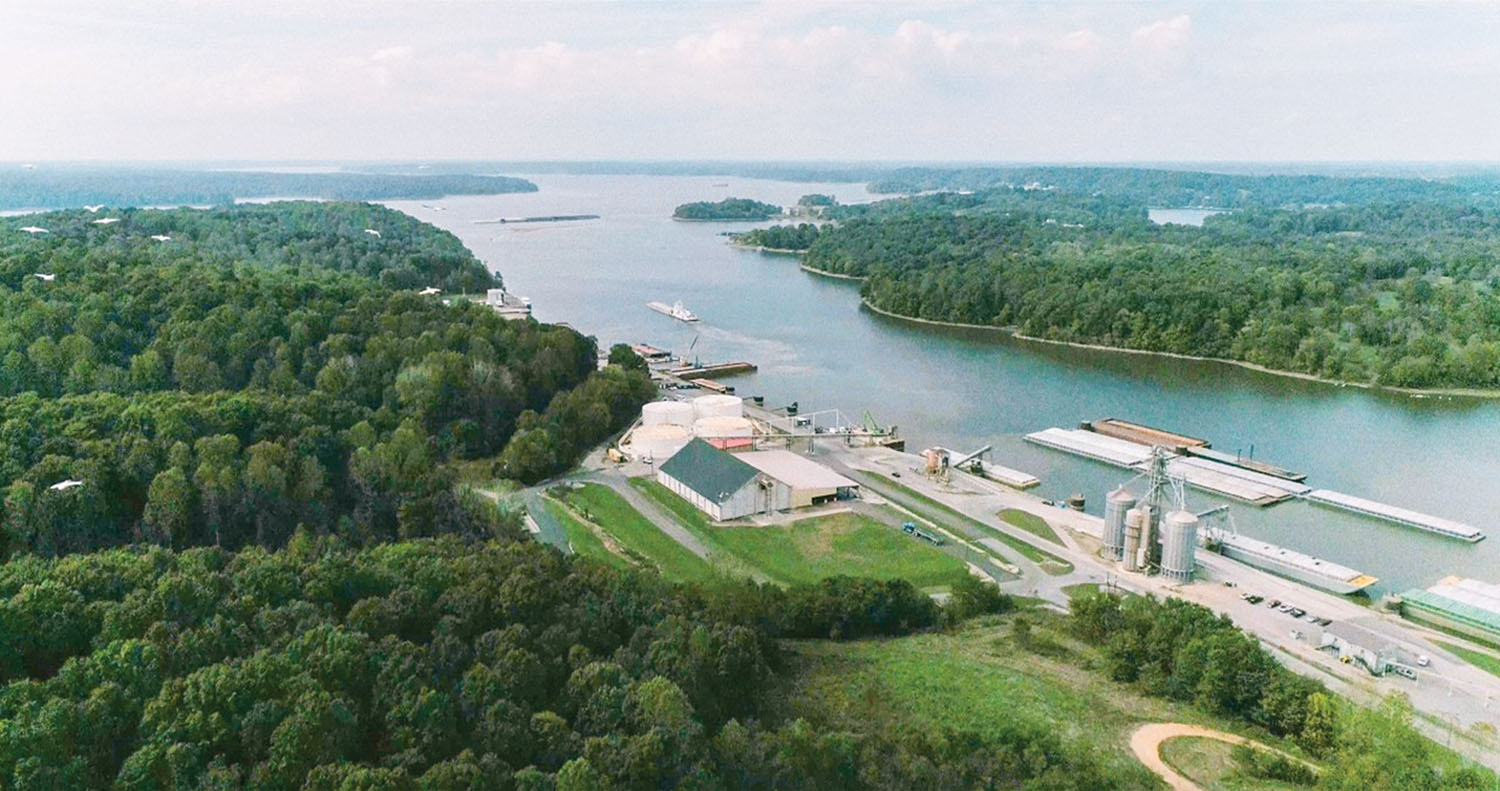 A portion of the Water Development and Resources Act (WRDA) of 2022 will help a western Kentucky riverport expand by adding additional water frontage.

The Eddyville (Ky.) Riverport and Industrial Development Authority received authorization in the legislation to receive roughly 3 acres of adjacent undeveloped land owned by the U.S. Army Corps of Engineers. The property includes about 600 feet of frontage along Lake Barkley, an impoundment of the Cumberland River. It is located at Cumberland River Mile 43.

As part of a news release in December, U.S. Sen. Minority Leader Mitch McConnell talked about the importance of the land transfer.

“Eddyville Riverport is part of Kentucky’s large and growing network of inland waterways facilities and requires new land to expand their capabilities,” he said. “In this year’s Senate water infrastructure bill, I helped the Eddyville Riverport team cut through red tape and expedite the process required to acquire land from USACE. This will help the riverport expand and bring new economic opportunity to surrounding communities.”

The transfer of the land is one of several new initiatives helping the riverport to grow, treasurer Glen Kinder IV said.

In October, the port was awarded more than $4.9 million via a Port Infrastructure Development Program (PIDP) grant from the U.S. Department of Transportation.

The riverport plans to use the PIDP grant to develop property, building an inlet next to its existing port. The inlet will provide more water frontage and expand the port’s ability to handle additional freight cargo, Kinder said. Port officials favor a zero-entry design with a 110-foot-wide concrete ramp and want the inlet to accommodate a three-barge width. They anticipate it will be 110 feet wide, 300 feet long and 31 to 40 feet deep. According to the grant proposal, the inlet would double the port’s loading and unloading capacity.

The riverport also recently received two grants through the Kentucky Riverport Improvement program. One will allow for a 2.6-acre laydown yard. The other will change out and improve a winch system tenant Gavilon uses for loading grain on barges.

Kinder said he believes one of the reasons for the port’s continued growth is that because it is located on the lake instead of the Cumberland River itself, the locks typically keep the lake to only a 5-foot variance between its winter and summer pools.

“We’re thankful that we’re able to offer our clients water access that does not have significant variance in the depth,” he said. “That gives them a unique opportunity that they’re not fighting those rises and falls like we saw people experiencing on the Mississippi River in 2022.”

The location in a bay just off the main lake also acts as a natural slackwater harbor so that companies are not constantly fighting a strong river current.

While the success with grant applications has been gratifying, Kinder said the proof of the port’s success is the addition of additional tenants. While longtime tenants Gavilon and Agri-Chem continue to operate at the port, they have now been joined by others. Ten years ago, Kinder said, the port and adjacent industrial park had three tenants. Now they have seven, with six located directly within the port’s boundaries.

“First and foremost, we’re grateful for the success we’ve had here recently in having clients come and expand and grow our riverport,” Kinder said.

He also thanked McConnell, Sen. Rand Paul and Rep. James Comer for their assistance in securing additional waterfront space, which he said is important in continuing to grow the port. While the port has 250 acres of undeveloped land, it only had about 400 feet of water frontage left before the recent deals.

Among the port’s newest tenants, both signing deals last fall, are Zip’s Equipment Service, a diesel repair service owned by Mike and Angie Zeller, and J.F. Brennan Company, which has signed a contract to use the riverport for loading equipment on and off barges.

Robert Wheeler, regional operations manager for J.F. Brennan Company’s Mid-South division, said the leased space will allow the company to moor its floating plant there and to use the space for mobilizing and demobilizing to and from projects as well as performing pre-fabrication for those projects at the site.

Additionally, Wheeler said, the company will use the space at the port for maintenance on its fleet.

Caption for photo: The Eddyville Riverport and Industrial Authority in Eddyville, Ky., is using a provision of the recently passed WRDA 2022 legislation to gain additional frontage along Lake Barkley, an impoundment of the Cumberland River in far western Kentucky. The port has also had other recent grant applications approved and has gained new tenants. (Photo courtesy of the Eddyville Riverport and Industrial Authority)