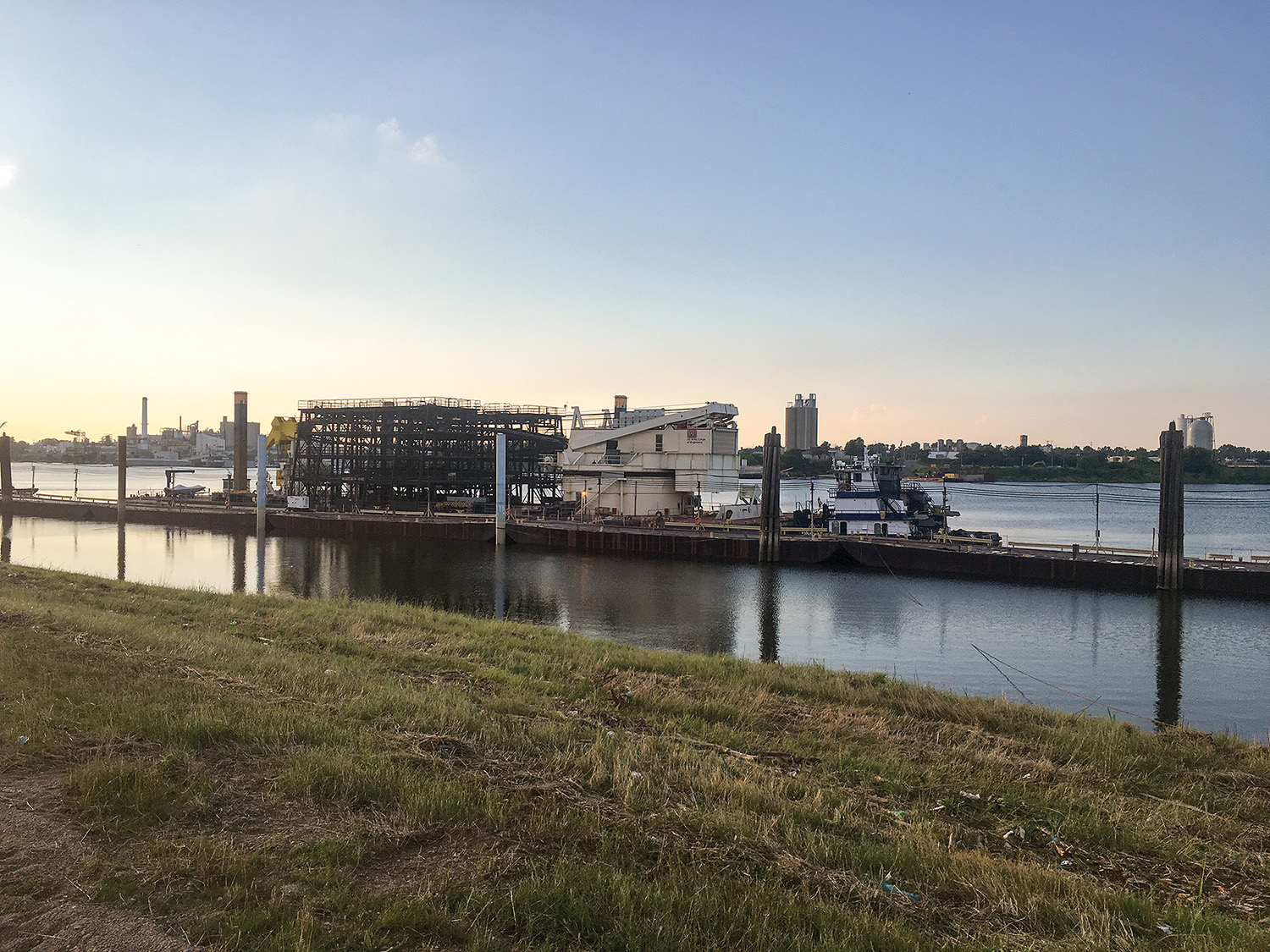 Ivy Marine, based in the Mobile, Ala., area, tackled a big job with a pair of smaller towboats earlier this month, when the company moved the U.S. Army Corps of Engineers’ floating crane Henry M. Shreve from the Corps of Engineers dock on Lake McKellar in Memphis, Tenn., down to the World Marine of Alabama shipyard in Mobile.

Ivy Marine President Steve Wilson said that due to the sheer size of the crane barge and the visibility challenges it presented, he and the trip and tow surveyor opted to put two smaller boats on the job rather than one larger towboat. The massive crane barge measures 300 feet by 100 feet with a 30-foot counterweight extension. The crane has a fully revolving main hoist capacity of 350 tons and a fixed main capacity of 550 tons. Its boom length is 185 feet. The barge itself is outfitted with an articulating lifting beam with a 400-ton capacity and a framework for stowing three 350-ton miter gate leafs. The crane and barge were delivered to the Corps’ Louisville District in October 2001.

Ivy Marine’s mv. Woolford teamed up with the mv. Miss Desty of Stephens Maritime Service in Bay Minette, Ala., to move the Henry M. Shreve first down the Mississippi River from Memphis to below Venice, La. Then, the team took the Baptiste Collette outlet from the river and across Breton and Chandeleur sounds to Gulfport, Miss. From there, the Woolford and Miss Desty pushed the Henry M. Shreve on to the shipyard via the Gulf Intracoastal Waterway. The Woolford and Miss Desty, rather than positioning on the bow and stern in a lead boat/push boat configuration, positioned on the port and starboard sides at the stern in order to gain better visibility.

“It worked better than we thought it would,” Wilson said. “It was a challenging job, but it went well.”

Wilson said the Henry M. Shreve is scheduled to be at the shipyard around six weeks. After that he hopes to be the one to handle delivering the crane up to Louisville, Ky.—this time probably with a larger vessel with more horsepower to push against the current.