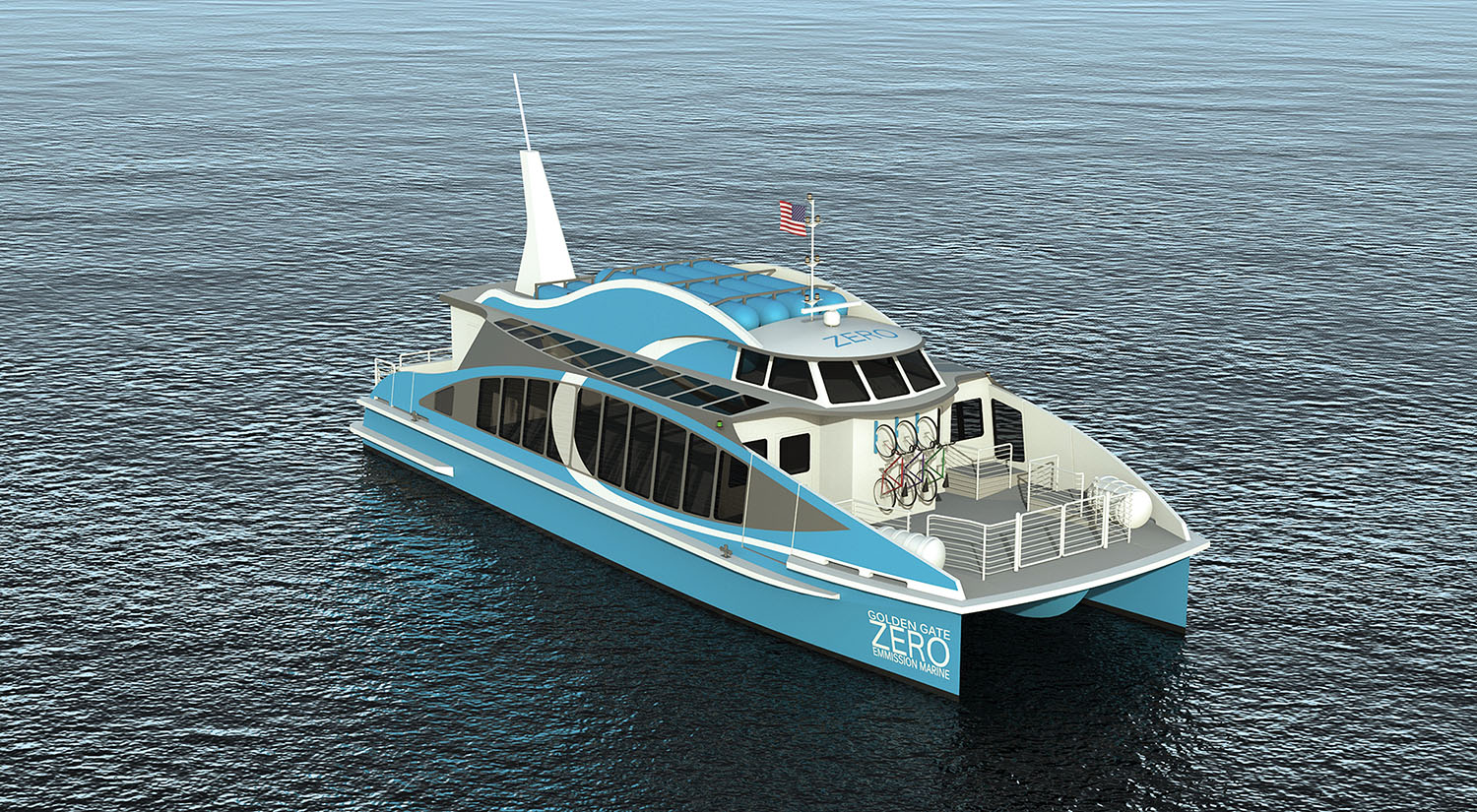 A quest for a zero-emissions vessel initiated by the owner of a fleet of passenger vessels has resulted in the formation of a company to develop and promote it throughout all inland waterways sectors.

Tomas Escher began looking for a zero emissions solution several years ago for the fleet of passenger and excursion vessels he operates in San Francisco Bay as the Red and White Fleet, a company with roots going back to 1892 (WJ, September 7, 2017).

Among the scientists and researchers Escher contacted in 2014 was Joseph Pratt, a research scientist at Sandia National Laboratories. Pratt was one of two authors, along with Lennie Klebanoff, of a 2016 report on the feasibility of hydrogen fuel-cell technology on marine vessels. The project was dubbed SF-BREEZE, for San Francisco Bay Renewable Energy Electric Vessel with Zero Emissions.

In September 2018, Red and White launched the Enhydra, the first aluminum hulled, lithium-ion battery plug-in hybrid vessel built in the U.S. Designed by Teknicraft Design in Auckland, New Zealand, the 128- by 30-foot aluminum monohull vessel is the largest lithium-ion battery, electric hybrid-powered vessel in North America built under Coast Guard’s Subchapter K certification. It was built by All American Marine Inc., Bellingham, Wash., which used aluminum for the hull instead of the originally planned steel. The vessel carries 600 passengers and has three viewing decks.

It was named to honor the California sea otter, whose Latin name is Enhydra Lutis. Escher said, “The Enhydra is another step in transforming our entire fleet to zero pollutions, for the benefit of future generations anywhere in the world.” The company says its goal is to have a completely zero-emissions fleet by 2025.

The Enhydra had to be hybrid—i.e., supplementing its lithium-ion battery with a diesel generator—because the infrastructure to support a fully-electric vessel is not yet in place in the San Francisco area, said Escher. Red and White partnered with BAE Systems, which supplied its HybriGen propulsion system that includes large lithium-ion battery packs (160 kwh. total), generators, control system, and AC electric traction motors. The system is supplemented by a Cummins Tier 3 diesel engine running on 100 percent biofuel, reducing emissions with a 30-80 percent lower carbon intensity than fossil fuels.

The 80-kwh. lithium-ion battery packs were provided by Corvus Energy, supplied under its Orca Energy line.

The quest for a completely zero emissions vessel continued. Pratt left Sandia to cofound, with Escher and Joe Burgard from Red & White, a new company, Golden Gate Zero Emission Marine. Its website says its mission is to “provide zero- emission drive train solutions for vessel repowers and new vessel builds. Our hydrogen fuel cell systems simplify operations and maintenance, while providing all of the value created through the adoption of zero emission technology.”

In 2018, Golden Gate Zero Emission Marine was awarded a $3 million grant by the California Air Resources Board (CARB) to build the first pure hydrogen fuel cell vessel in the U.S. Funding for the CARB grant came from California Climate Investments, a statewide program that puts billions of cap-and-trade dollars to work reducing greenhouse gas emissions.

The new vessel, set to be launched this year, is to be named Water-Go-Round, to illustrate how the hydrogen fuel system works. The Water-Go-Round’s website says, “When launched in mid-2019, the Water-Go-Round will be the first fuel cell vessel in the U.S. and the first commercial fuel cell ferry in the world. The completion of this project represents a global paradigm shift for marine vessel power. … The Water-Go-Round will serve as a demonstration to the commercial, regulatory and global community at large. It will demonstrate that hydrogen fuel cell powertrains are perfectly suited for a broad range of maritime applications while offering a compelling business case for adoption.”

The vessel’s 360 kw. fuel cell combined with 100 kwh. batteries will provide the power needed to achieve speeds of up to 22 knots via two 300 kw. (400 hp.) shaft motors, one in each demi-hull. At 70 feet long, the aluminum-hulled vessel with carry up to 84 passengers.

When the vessel launches it will operate for three months in San Francisco Bay.  Red & White Fleet will operate the multi-purpose vessel for the demonstration and has an option to purchase the ‘Water-Go-Round’ as the first of several vessels with GGZEM integrated powertrains in order to meet its commitment to a zero-emission operation.

During this period, Sandia National Laboratories will independently gather and assess performance data. CARB will use the data to verify the suitability of the technology for marine use.

Initially, Golden Gate Zero Emission Marine will focus on the passenger vessel segment of the marine industry, along with tugs and towboats, Pratt told The Waterways Journal.

“Passenger vessels and tug/towboats are the two maritime segments that can achieve lower total cost of ownership with today’s technology and pricing projections,” said Pratt. “They are also typically operated on regional or local routes which makes them amenable to easy and cost-effective fueling. For these reasons we are focusing on these two sectors initially.”

But the company doesn’t plan to stop there. “Studies done by Sandia National Laboratories show that hydrogen fuel cells can power vessels from small fishing boats up to the largest containerships,” he said. “Every sector can benefit from characteristics that fuel cells provide compliance with all current and future emission regulations, eligibility for incentive funding, lower operating costs, and potentially higher revenue.”

What about the unique power demands of towing vessels? Unlike passenger vessels, which operate under a limited and stable power range, towing vessels need “surge” power to handle large tows.

Pratt says his company has received interested queries from towing companies.  “River operation has unique characteristics that must be taken into account when designing any powertrain solution, whether diesel, hybrid or fuel cell. But these characteristics affect all technologies similarly; there is nothing about hydrogen fuel cell powertrains that would be considered unique in this respect.”

Whether or not any towing vessel will go to pure hydrogen cell power will ultimately be a business decision. “Electric drivetrains powered by hydrogen fuel cells give new flexibility to consider the entire spectrum of operating conditions and provide the lowest cost, most efficient system,” said Pratt. “Fuel cells can be combined with other power generation sources like batteries or diesel generators, or it may be better to use 100 percent fuel cell power.”

“We work with operators to understand their requirements, and then present different options with capital and operating costs and other pros and cons. Ultimately the operator selects what is best for their business.”