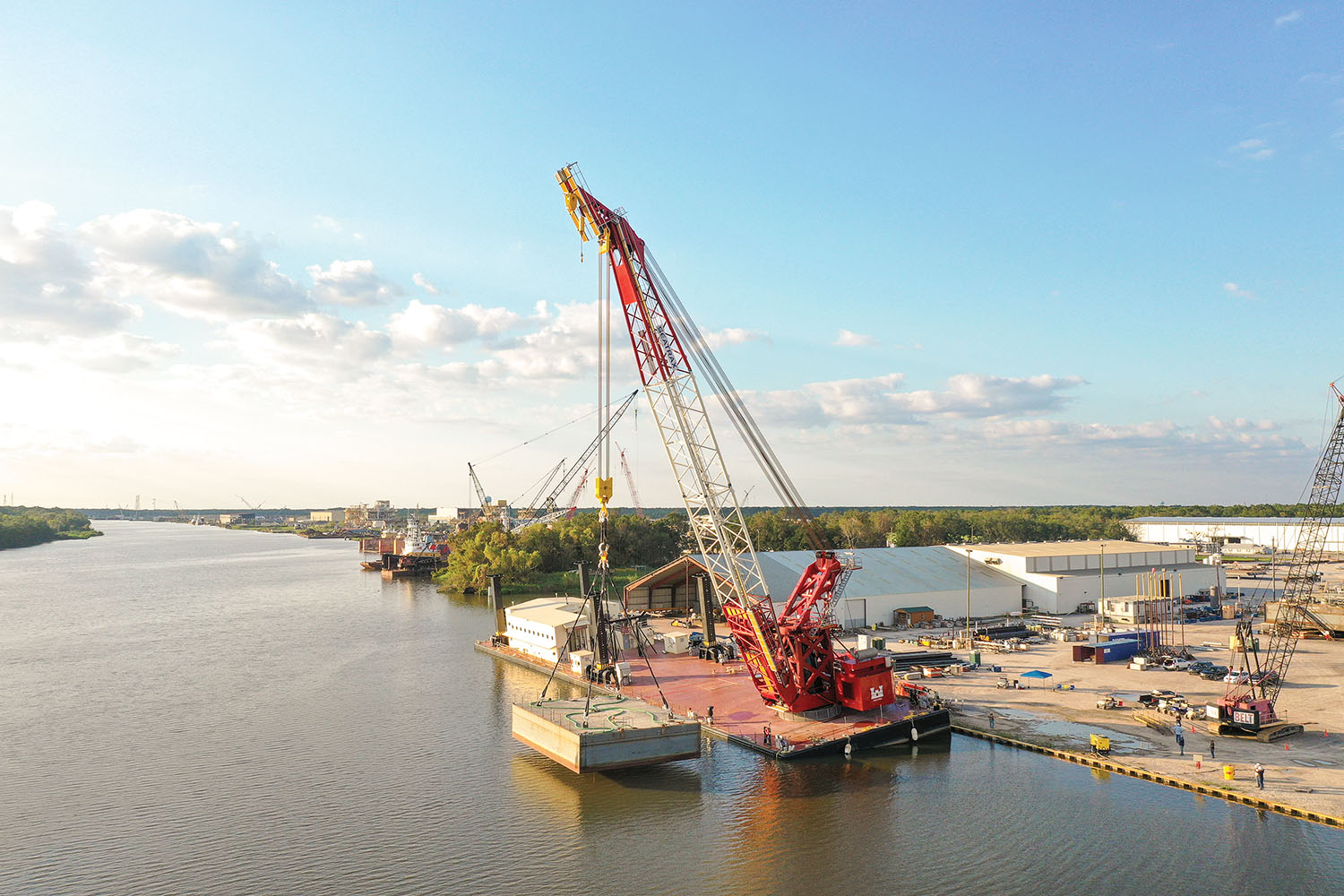 A new, powerful crane, the Quad Cities, is headed to the Rock Island Engineer District.

The crane was designed and built by Seatrax Inc., according to specifications laid out by the Corps of Engineers’ Marine Design Center. The barge platform, which measures 300 by 68 by 12 feet,  was built by Conrad Shipyards in Morgan City, La.

It is replacing an older crane also named the Quad Cities. The new Quad Cities has a 500-ton capacity and features a gantry that folds in under three minutes to go under bridges. It incorporates 1.4 million pounds of steel and machinery and almost 2 miles of wire rope. Its 22 hydraulic motors use 700 gallons of gear oil delivered by 1 mile of hydraulic hose.

The Quad Cities has already performed its first lift. At the end of August, it was used to remove sector gates at the Leland Bowman Lock in the New Orleans Engineer District.

Seatrax Inc. designs and builds purpose-built cranes for offshore and marine environments. Headquartered in Houston, Texas, it has expanded to locations in Louisiana and the United Kingdom.

All its structures are designed to exceed the minimum required fatigue life of 30 years, as specified by API specification 2C. Seatrax holds numerous international patents for its innovations.