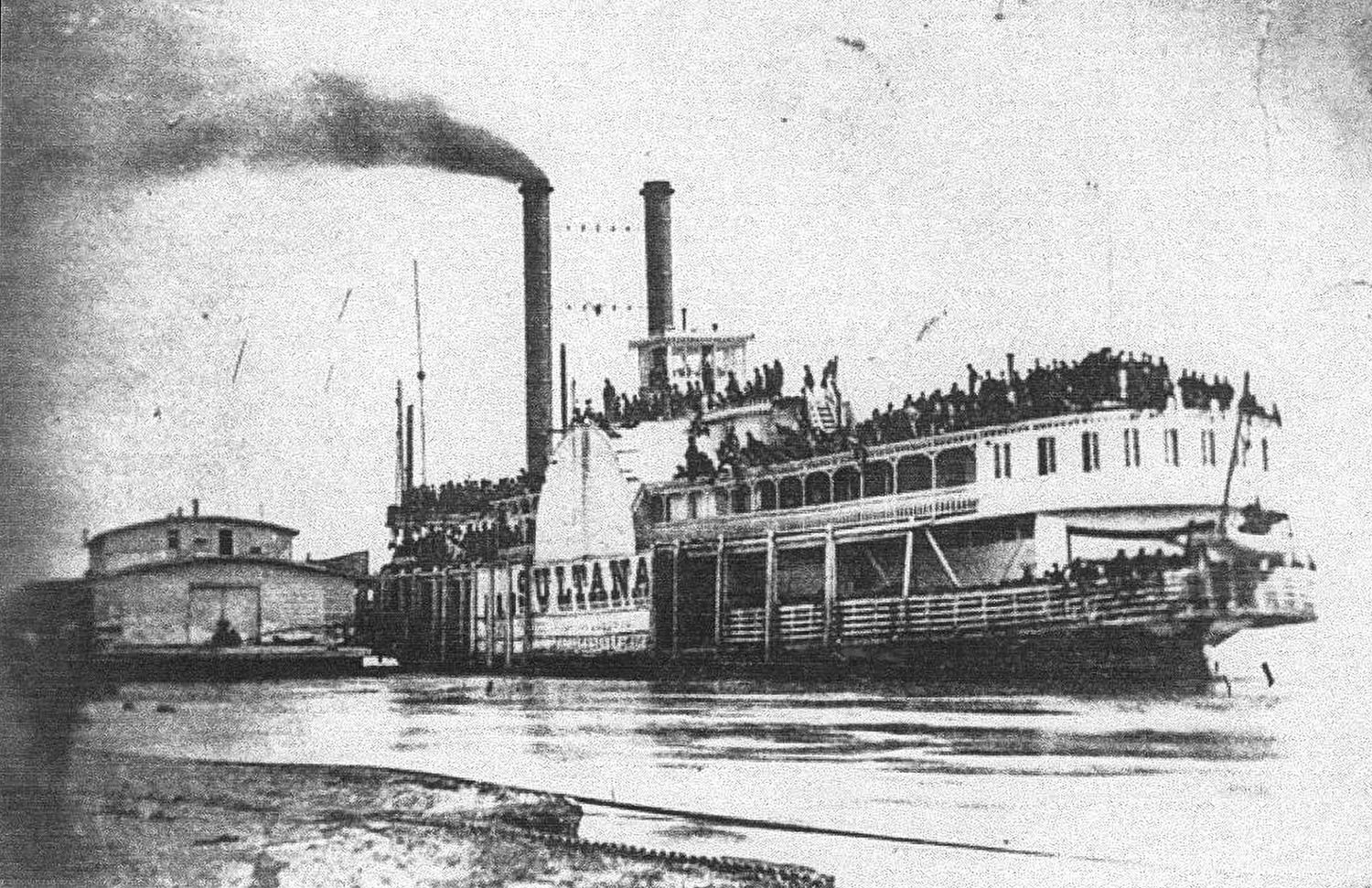 Eagerly awaited by Civil War and steamboat historians, a new DVD entitled “Remember the Sultana” is now available. The 96-minute documentary presents the riveting story of the horrific explosion of the steamer Sultana on April 27, 1865.

The fifth steamer to bear the name, the sidewheeler Sultana was constructed at the John Litherbury Shipyard at Cincinnati, commissioned by Capt. Preston Lodwick. The wood-hulled vessel was 260 feet long and 42 feet wide. The engines were manufactured by the firm of Moore & Richardson. The boat was launched on January 3, 1863, along with the sidewheel packet Luminary.

The riverboat was originally designed for the New Orleans trade but, due to the Civil War, it was temporarily entered in the Cincinnati–Wheeling run. According to U.S. Customs records at Memphis, the boat departed on its first trip to New Orleans on January 25, 1864. Two months later, the Sultana was sold to run between St. Louis and New Orleans in command of its youthful new master, Capt. J. Cass Mason, who was 34 years old. The riverboat departed Memphis on February 9, 1865, returning on February 26 and departing that same date on what would be its final journey to New Orleans, carrying the shocking news of the assassination of President Abraham Lincoln to many river towns.

Departing Memphis on April 26, the Sultana exploded three of its four boilers seven miles above the city in the early morning hours of April 27, with a loss of 1,700 lives. This was 200 more than died in the sinking of the Titanic, making the Sultana explosion America’s worst maritime disaster. Of those lost, including Capt. Mason, 1,100 were soldiers, mustered out and returning to northern homes. Many of the men had survived diseases, hunger, wounds and the horrors of Andersonville Prison.

Immediately, rumors spread that Confederate spies had planted dynamite in the steamboat’s coal bunkers. Chief engineer Nathan Wintringer would later testify that repairs to the boilers had been made at Vicksburg, where the troops had come aboard.

It was also revealed that Union Captain Frederic Speed ordered 1,886 soldiers aboard the boat, which was legally permitted 376 passengers, including the crew. Two other steamboats, the Pauline Carroll and the Lady Gay, were at Vicksburg that day and had their bids to transport part of the troops declined.

Departing Vicksburg on a flooded Mississippi, the Sultana struggled upriver against the swift current, making landings at Helena, Ark., where the only known photograph of the ill-fated steamboat was taken, and another stop at Memphis. While making the crossing known as Paddy’s Hen and Chickens, during a severe thunderstorm, the Sultana exploded, illuminating the stormy sky with a fiery glow and shaking both banks of the Mississippi with a dull rumble

The steamer Bostona and other vessels immediately rushed to the scene to pick up survivors, finding many clinging to floating wreckage. A total of 786 were pulled from the river, most of them suffering from scalds, lacerations, broken bones and hypothermia. Of those rescued, however, 200 of them died shortly thereafter.

The Sultana disaster has been the subject of numerous books, scholarly articles, television programs and a mural on the Vicksburg floodwall. An association that publishes a newsletter and holds regular reunions for descendants and friends of the Sultana can be accessed at www.sultanaremembered.com. A museum devoted to the Sultana is now open to visitors at Marion, Ark. The DVD can be ordered from Amazon.com.

Caption for photo: The Sultana at  the Helena, Ark., wharfboat. (Keith Norrington collection)